Other Records by Paul McCartney 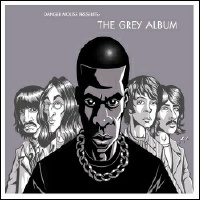 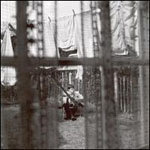 Chaos and Creation in the Backyard

These words, or something to their effect, were what I heard from most everyone who I talked to about reviewing this album in the last couple of weeks (even from my father, who received it from me last month as a birthday present), and it seems like a unanimous sentiment among us rock junkies. And who could blame us? Short of maybe Rod Stewart or Phil Collins, there isn’t a rock dinosaur alive who has so exhaustively raped his legacy, betrayed his creative instincts, and played only to the lowest common denominator in the last three decades. I could write a 3,000 word thesis paper on Paul McCartney’s creative disintegration since the Fab Four’s demise, but really, a casual listen to that treacherous post-9/11 “Freedom” single will tell you all you need to know. Worse yet, the extent of Macca’s hackery is such that it’s even begun to erode love for The Beatles among a lot of people I know, some of them old enough to have experienced the group firsthand. Hell, even Yoko's taking cheap shots.

McCartney is a smart guy, and I’m sure he’s very conscious of the contempt many have to his recent work. 2001’s Driving Rain was a decent if forgettable attempt at a return to form, its several intriguing moments bogged down by too much filler and the familiar sound of The Cute One practically passing out on his laurels. With Chaos and Creation in the Backyard, McCartney wisely seeks inspiration from an outsider, and I can think of no one who’d be a more appropriate match than Nigel Godrich.

Godrich’s effect on McCartney is consistently positive on Chaos and Creation, restoring the urgency and playfulness that defined his classic Beatles work, while introducing Sea Change-esque sonic ornamentations that leave the album sounding fresh but never trendy. The engaging and hugely catchy opener “Fine Line” rides a deceptively minimal piano pulse (played, like almost all of the instruments here, by McCartney) that builds carefully to a lush climax, feeling like a statement of purpose from both of the album’s principal creators. It seems Godrich wants to become to Sir Paul what Rick Rubin was to Johnny Cash -- the young(er) prodigy rescuing the long-lost vet from a creative rut, and reasserting his relevance to a younger, hipper audience. The only problem is, Macca has trouble meeting him halfway.

While McCartney’s still-brilliant melodies mesh perfectly with Godrich’s spacey embellishments, his lyrical subject matter remains, for the most part, as trite and redundant as ever. This friction is in evidence on about half of the album – the jubilant shuffle of “Promise to You Girl” is a joy to listen to the first couple of times through, until you realize Macca is singing the words “I gave my promise to you girl / I don’t want to take it back / You and me, side by side / We know how to change the world / That is why I gave my promise to you girl” over that fabulously busy backbeat. Similarly, the gorgeous “English Tea,” buoyed by a lush “Eleanor Rigby”-like string section, is again slighted by its lyrics, which seem to realize the pastoral fantasies of “When I’m Sixty-Four” without that song’s warmth or sense of humour. Thematically, little separates these songs from McCartney’s songs with The Beatles, which is more than a bit troubling coming from a guy who will indeed be sixty-four next year.

Still, the album sounds spectacular, and McCartney’s not hurting for great tunes. Also, songs like the lilting “Jenny Wren” and “Riding to Vanity Fair” seem to suggest the kind of ruminations on mortality that made American Recordings-era Cash so stunning. One gets the sense that this is probably just the first of several McCartney-Godrich collaborations, and that perhaps Nigel has only begun to investigate Sir Paul’s long-buried ingenuity and compellingly simplistic lyrical chops. And really, this isn’t a bad start. It’s definitely reawakened interest in the guy, and maybe Paul McCartney becoming cool again will inspire him to actually become great again. What we’re left with here, though, is a sturdy if frustrating effort that exceeds and disappoints expectations all at once, and hints at a possible creative renaissance for a man who (seriously, still) remains one of the greatest living songwriters, no matter how much we may love to hate him.