Other Records by Paul Duncan 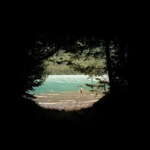 Paul Duncan: Above the Trees 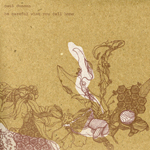 Be Careful What You Call Home

So we get a lot of promos. Doesn’t matter how, and no, I’m not trying to brag. You wouldn’t brag about most of this stuff, either: rote goth that claims to break genres, twee indie pop that smiles so hard it squirts a little piss, stale experiments in elaborate packages, a bottomless pit of misplaced hopefulness. I hear from other critics (good ones, better ones) that get packages of great stuff, Yo La Tengo catalogue records, one-off EPs, obscurities and unrequested classics, just because. Not me. The shitfactory’s assembly line ends on my front porch. It can be depressing.

What a surprise it was, then, when I was spinning through my mound of tepidity one evening and I stumbled upon this album. Gorgeously packaged in rough cardboard, with faded sepia swirls inlaid throughout the trifold case, and bundled with an actually decent press release, this obtuse, luminous album stands tall as the finest promo I’ve ever received. Which means approximately fuck-all to you, so let me put it this way: Paul Duncan has crafted one of the most heartfelt declarations of place, one of the most delicately orchestral explorations of sound, one of the most quietly resonant albums I’ve heard this year. It’s not a classic, but the ceaseless flow of inspiration exhibited here—present even during the album’s missteps—suggests that Duncan may have one in him.

This is the album Beck set out to make with Sea Change: acoustic guitars fleshed out with electronics, processed drums that patter melodies, chimes that float and descend like helium balloons. This is an album where violins, cellos, banjos, saxophones, and keyboards meet, where archaic, worn forms are breathed life. Opener “In A Way” is a fleeting statement of wonder, lilting guitar lines and evanescent vibes underscoring brushed drums and idyllic, spare lyrics. “Tired and Beholden,” meanwhile, matches Mr. Hansen’s unearthly croak to a vocal line packed with all the vivacity the titular phrase lacks.

The opening triumvirate is separated by a pensive instrumental (“Toy Bell”) from the album’s colossal, breathless centerpiece, “You Look Like An Animal.” It’s odd that an album as organic as this one is would contain a metallic, oil-pumping heart, but here it is, four minutes of hyper-produced boom-bap drums, Kid A coos and soullessly slumbering guitars. It all works toward an unlikely climax, a host of Duncans circling a ghostly piano, vocodered accoutrements fading emphatically, defiantly. “Oil in the Fields,” meanwhile, is a whisper of a song, an afterthought three minutes, bound together by Duncan’s most moving lyrics. The album-long themes of home, loss and the impossibility of human interaction—think an electro-folk Magnolia—are elucidated most fully here. I could go on, but I won’t—just download the song Home Tapes has been kind enough to let us host, and note the way that Duncan makes the phrase “And yes, I have been drinking” sound like a blissful confession, a smirk that turns into a genuine grin.

There are missteps, of course—five instrumentals is clearly too much, especially when Duncan has proven himself such an accomplished lyricist. Of them, “(Aria) (Cave Song)” is the grand stinker, an aimless four-minute noodler that effectively kills the album’s momentum and may make a few listeners switch off before the album’s gorgeous final trio. This would be a shame, though, because, after an album of fleeting, graceful sketchwork, these tracks exhibit Duncan’s ability to craft more fully formed work.

Typically we package these No Big Hair deals with some background information, but if you want that, go here. I’m content to burn with this album, to imagine it as a care package sent exclusively to me from the patron saint of exasperated music critics; St. Lester, if you will. And while you’re reading up on it, pick up a copy: Be Careful What You Call Home deserves your love and your bucks more than, I dunno, that David Gray turd you were eyeing. Duncan’s crafted a translucent stunner, a sleeper hit to these frustrated ears. To Duncan, Home Tapes, and the world at large, I say: more like this, please.