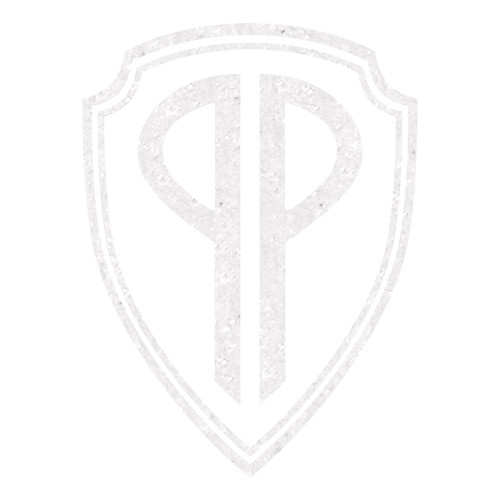 Do you hear that? That hiss when you press the play button on your iPod, or CD player, or the little thumb-sized area approximating an actual button on the pane of glass that you use to interface with the massively powerful, pocket-sized computer you carry around with you at all times? Yeah, that hiss, at the beginning of Say Yes to Love? That hiss is the sound of authenticity. The sound of a little thing called tape. Maybe you’ve heard of it? Yeah, Pops, it still exists, and when a band releases an album on cassette, it keeps our melancholy spirits from floating away untethered into the decentralized, overdetermined, impersonal ether of the internet, anchoring us to the corporeal world once again, the physical world, the analog world, the communal—the Real. That’s right. Authentic is back. In tape form.

Thus begins another round of the Authenticity Game, in syndication now for its fourth or fifth decade. Must we? The conversation—Who’s Punk, What’s the Score?—is as much of a bummer now as it was when Blake Schwarzenbach opted out of such mental masturbation twenty years ago. But Perfect Pussy has, more than any other group in recent memory, willingly woven that narrative around itself in its press presence and general aesthetic to the point of near auto-erotic asphyxiation. We are told, in every interview with vocalist Meredith Graves (from Elle to Chart Attack), that her band Means Something More, that this is unfiltered rock ‘n’ roll music of the sort virtually impossible to find in an increasingly corporatized independent music scene, that this is outsider art finding—miraculously, not contradictorily—mainstream acclaim. You may not want to play the Authenticity Game, but Perfect Pussy certainly wants you to give it another spin.

If one can manage to listen to Say Yes to Love removed from the astonishingly thorough contextualization of the record and its authors’ ethical-punk bona fides, its songs work well enough for what they are—all trebly bluster, Graves’s atonal vocals barreling past in a flatly mixed noise-pop cloud, as breezy as dissonant music can be. The tracks blur together so much that you may not know when one begins and another ends, though this seems like a purposeful elision, giving the sense the record comes all in one breath, Graves inhaling deeply in the first moments of “Driver” and pushing the rest from her lungs until she’s blue in the face by the end of side B. It’s fast. It’s loud. Graves, when you can parse her words, sounds alternately furious or earnest or some combination of both. It is, in other words, 2014’s latest iteration of hardcore.

And there’s the problem. Say Yes to Love is eminently recognizable. It is familiar. It is, despite whatever priggishness keeps some publications from printing the band’s name in full, safe. Yes, there are a handful of moments in the album’s twenty-three minutes that threaten to expand the genre’s palate. The high-frequency drone hovering at the outer limits of songs like “Driver” and the first half of “Work” adds a welcome touch of dissonance unattached to hardcore’s typical means of delivering it—pure, unabashed speed—and lends these tracks a manic, threatening tone. “Interference Fits,” far and away the standout here, slows things down enough to let the band’s swirl of melody and noise separate enough to be properly heard and their contrast appreciated. At the song’s climax, Graves—as if cleaving herself in two by sheer force of will—suddenly becomes her own double, using the two stereo channels to shout separate streams of arrhythmic bile in each of your ears to thrilling, strangely uplifting effect. And, yes, Graves is a woman fronting a band in a scene whose history of testosterone-laden macho posturing has been well documented. Any diversity in punk rock—or, you know, anywhere else—should be given the props it deserves.

Still, even these sparks of inventiveness have been struck before, and with greater heat, by other artists. Bright, jangling guitar fused with busy drumming and breathless, syntactically-jammed vocals? Life Without Buildings recently reissued its sole LP, 2001’s classic Any Other City, a record born of many similar components to those found in Say Yes to Love but assembled to create something wholly new, utterly of itself. If that’s too high a mark, and it may well be, Baltimore’s Ponytail spent the late 2000s recording female-fronted, unapologetically earnest, relentlessly spastic noise-pop—and, again, did so in a way that didn’t lean on the sturdy conventions propping up Perfect Pussy’s place as the mainstream music press’s latest avatar of the avant-garde Real Thing.

For Rolling Stone, Perfect Pussy is “punk rock revelation… the uncut truth of music that won’t hold anything back.” Reviews like these, those anointing an act “the next crucial punk band to know about,” as the New York Times called the band without mentioning its “unprintable name,” fulfills an ever-present, unquenchable desire on the part of audiences and critics alike. It gives the latter an easy narrative for features and other articles, allowing the publication and its writers to prove their connection with the raw edges of culture, a legitimizing endeavor—and, of course, a simple story to run. And as listeners—particularly those of us conditioned by the twin forces of the unrelenting spin cycle of online music journalism and the I heard it first oppositional tendencies of punk and underground music—we naturally crave the thrill of discovery, or of feeling as if we (and, by implication, not you) are tapped into the energy of the Next Big Thing or (better) the Great and Difficult Art That Most People Can’t Handle.

None of this is to say that critics or fans don’t legitimately enjoy Perfect Pussy’s music, of course. Rather, just that being a part of the narrative surrounding the band seems to play an outsized role in the conversation surrounding its music. Ben Greenberg nailed the phenomenon in a piece for the Talkhouse, writing about the Pitchfork-pushed Williamsburg venue 285 Kent and the absurd amount of attention the two-year-old space’s closing received in mainstream and indie outlets alike, a sort of insta-legendary, Instagrammable grab at a place in “DIY” history embodied by Perfect Pussy’s coronation as 285 Kent’s poster band in its final months. To put it more simply, lots of people need “Perfect Pussy” as an idea in this year’s music journo narrative, but the verdict on just how much we need Perfect Pussy itself will be revealed in the next album cycle. As it stands, with Say Yes to Love, the band could plausibly go in either direction, fulfilling the promise of the more intriguing textures here or retreating into its own apparent self-importance and hermetically sealed genre conventions. It’s like Marx said about Earth Crisis and Hatebreed in the ‘90s: hardcore repeats itself first as tragedy, then as farce.