Other Records by Pill 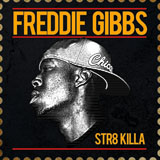 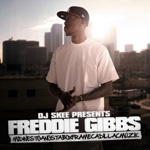 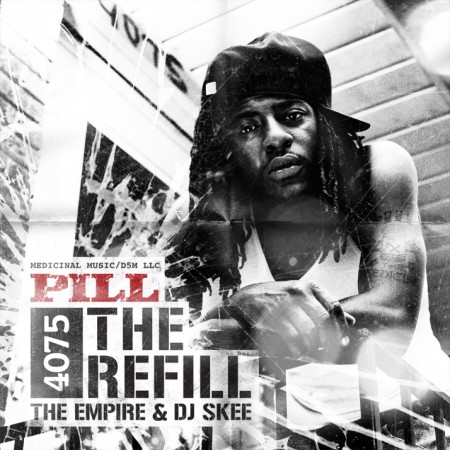 It must be a weird time to be a relatively unknown rapper—a good number of them are releasing veritable torrents of mixtapes in some attempt at “making it” without having much of a conception of what that entails. It seems the best Internet rappers can pray for these days is some positive blog buzz and a big-up in Sean Fennessy’s Twitter feed. Even Freddie Gibbs’ pair of solid summer releases resulted only in an adulatory Pitchfork writeup and a small army of devotees on Okayplayer. I don’t know if these guys are on a serious touring grind, living out their rhymes on the street corner, or if the MPAA is about 400,000 units off on those sales figures; someone please make sure Black Milk’s cabinets aren’t all peanut butter and ramen, and if his SP 1200 breaks, someone please give him yours.

I once joked with Danny Swain that an interview with CMG could help him move literally tens of units, and while that joke’s more accurate than I’m entirely comfortable admitting, it seems Pill might be the next MC to garner recognition from rap nerds and nobody the fuck else. That said, it’s a real hindrance to the crossover appeal of obscure rappers when they have stupid names (I see you, ST 2 Lettaz), not dissimilar to the way a smirk and a guffaw follow twee band monikers like As Tall As Lions. So yes, one wishes Pill might’ve taken a cue from good friend Freddie Gibbs and dropped the irksome “prescription” gimmick, but, unapologetically, this is one of the most gratifying rap records released all year.

As Pill confirms on “Music,” he sounds like an unabashed descendant of the Dungeon Fam, at times playing the role of lucid observationalist, chronicling the despair that comes with the fatherlessness, drug dealing, and death that permeates his surroundings. It’s impressive how Pill relates the depressing stories of peers and acquaintances on “Pain in They Eyes” without exaggeration but with a clear empathy that augments their poignancy. A number of rappers tend to embarrass themselves when they speak of trying to be the streets’ CNN (Nas, despite being good at this, is terrible in interviews), garnering a sense of annoying self-importance (plus Mos Def has always been more content to rap about rapping than about AIDS or the poor inner-city education system); Pill avoids this pitfall by, instead of chest-puffing, imparting his tales and sentiments with a certain hopeless fatigue, electing to lay out the many images piece by piece instead of insulting his listenership’s intelligence by feeding them concern.

This approach would be useless were Pill not a talented rapper (and honestly, Killer Mike gets away with his pomposity for the same reason). While roughly 1/3 of The Refill is a stark still of Pill’s Atlanta slum, all of it’s an exhibition of his measured drawl and lyrical chops. He challenges himself by mixing in some classic beats with the tape’s original compositions. In the same manner an athlete determinedly matures during the postseason, Pill seems to implicitly understand how thoroughly he must bring it over tracks like “Mind Playing Tricks on Me” and “Got Ur Self a Gun,” using the former as a forum to bafflingly transform moments from an immensely shitty childhood into a wistful ride. He voraciously slaughters Kanye’s “Diamonds,” breathlessly emitting a barrage of threats, retiring rhyme schemes only to disarmingly pick them out of thin air three bars later, and spits big, fat punchlines (“Get marked out like the days on the calendar”) all over “Kick in the Door.” Further explication would be futile: Pill requires no narration, just some good speakers and better weed.

So, we of the loud minority, we Nahright readers, we Beanie Sigel fans will consume this to the gristle. Pill has none of T.I.‘s pop sensibilities, not even the major label backing of Wale (whose record flopped anyway), so I hope his feelings aren’t hurt when his proper debut goes wood; there will always be a market of bottomless-stomached Wu-Tang devotees who go gaga for his brand of verbal dexterity. As the winter months’ black hand imposes itself upon my psyche like anticipation of a tumor’s growth, I tend to recede into a listening schedule composed almost entirely of great rap, of this aural macaroni and cheese, that which truly sticks to one’s ribs. Freeway’s Month of Madness buoyed my spirits last winter, so as far as seeking some solace goes, Pill’s collection of shit-hot bars will most likely settle into that same role soon enough. (Its redemptive aims appeal to my soul and its verses engage my obsession with language, etc.) Bonus: “OK dennn” is now one of my favorite ad-libs along with Free’s guttural “Errrly” and Jeezy’s populist “Yeeeeaaaahhhhh.” This is just the variety of ostensibly inconsequential shit that matters to the people of my meager ilk, those that sympathize with Green Peacers and other advocacy groups the mainstream ignores. Save the whales and good rappers, too.