Other Records by Pink Mountaintops 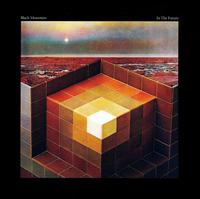 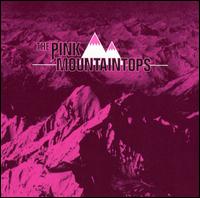 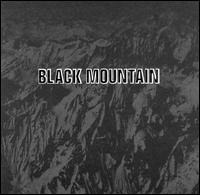 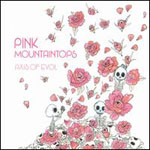 It’s been a long time since I’ve experimented with drugs and music. An addictive personality assimilated with an already formidable dependency on alcohol pushed me away from anything herbal at a young age, and there hasn’t been an argument potent enough to bring me back since. So when a close friend of mine deemed The Pink Mountaintops as little more than milk-and-water “stoner rock,” I was more than slightly taken back. This is an album about getting shitfaced. This is an album once again laden with fuck speak and grungy backhands at that other indie-rock circuit. This is in no way an album requiring sensory enhancement to be fully appreciated, because I never bought that trite anyway.

I entertained the idea of getting smashed before writing this review, but a healthy dose of food poisoning has given me all the vomiting at a fifth of the price of actually purchasing booze. Take water out of the picture and you’ve got a dehydration induced utopia almost equal to that of being wasted. Now you know what it takes to get me motivated.

“Comas” gets things started with a beaten path hymn setting an over the toilet theme for the entirety of songs to come. Cooing his broken mantra over countryside chord progressions, McBean’s fragile smoker’s vox has never been this vulnerable. The climb and descend down stroking of “Cold Criminals” brings us back to familiar territory; recollecting crotch throbbing bass lines with frayed sonic bursts all paced on an anguished set of kicks and tom blasts. The track list shoots from fast to slow quicker than a Wong Kar-Wai flick, disjointing and convoluting any sense of progression given by the shockingly intimate songwriting. The fuzzy “New Drug Queens” talks of getting down to business in front of, ironically enough, the sound of a truck backing up, all leading into the unfathomably long “Slaves,” which once again has the band trying to shake their ailing vices. The war on drugs concept comes off more as a lesson in D.A.R.E. by the time the seven and a half minute opus “How We Can Get Free” rolls around. The self-wallowing of the closer fails to draw on any sympathy compiled at the album’s introduction. At this point I’m surprised these people are still alive.

PMT were never quiet about where their sound came from. Mish-mashing up-down strokes worthy of the most faux of the faux New York City dives with rural twang and that oh so adored Canadian candor. But instead of the heart on sleeve boasting put up by their Quebecois contemporaries, McBean and co. elected for a more rolled up pack of cigarettes apothegm. Reading like an Amos ‘n’ Andy-style over the shoulder conversation, Axis deals veraciously with the temptation, degradation, and downright absurdity of substance addiction. From “No I’m not headed down the highway to hell / there’s peace in the valley, the blood has been shelved” to “Like a rolling stone / I’m not feeling this score / oh le petite problems” to “plastic man you’re the devil / and Satan is your son / axis of evol / we won’t smoke that shit you’re on,” the grizzly front man manages to delineate what Lou Reed expressed over three albums in about thirty minutes. Mix it with more of that infallible humor displayed on the debut, cool with ice, and let sit for two to three hours, and you’ve got yourself a noxious dose of hard-hitting lyricism.

That unassuming red-light sound derived from heavy shots of Velvet Underground aesthetic and Neil Young perversity works well for McBean and his batch of ride or die rebel rousers; but the indifference to structure and formation keeps the band from amounting to something more than the sum of their influences. Where their last depository reveled in a basin of in-your-eye sexual overtone, Axis marvels at a world of needle-point decision making and yellow-fingered hand shakes. If their next record is about Rock ‘n Roll, they’ll have completed the trifecta.