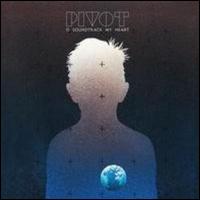 My friends and I were watching a satellite feed from New York when we saw it. The Trans Siberian Orchestra were playing the Nassau Coliseum on Long Island; each of us had a mutual reaction. Despite all tugs of natural disposition in more respectable directions, that shit looked awesome. Of course the band’s music is entirely beside the point, and irony is a meal that sustains only slightly; the show appears, manifests in all its cacophonous idiocy, as pure spectacle, with as much substance to it as a Pink Floyd light show. And yet also, on some level we need not necessarily acknowledge, it is the kind of thing we’ve got to see. We wondered if there is such a thing as a legitimate alternative. So it’s only a little bit surprising that 2008’s edition of the album that sneaks in at the end of the year, and so will probably end up overlooked, should be a band that is inspired in part by the oeuvre of the obvious gesture. Mike Oldfield, Tangerine Dream, and Vangelis, they of Blade Runner soundtrack fame, are each in part responsible for this, the kind of music so caught up in its sense of mysticism and lore that, I swear to God, there’s Yanni’s moustache rising in the night sky to guide Pivot’s brothers Pike on their musical sabbatical.

So what the hell are they doing on Warp, as opposed to some far-flung vestige of Island-Atlantic’s AOR wing? It’s all there: the metallic sheen of immaculate producing (mixed by John McEntire); the bloodless efficiency of inhuman percussion; the guitar solos presented in jags and spurts of virtuoso indulgence; the ambient opener; the interpretive dance partner in the first seconds of the title track; the synths all over the place, like sheaves of aurora, big and dumb and obvious. Geek-chique and its healthy appetite for irony is hardly alien to indie with its outsider roots. Rob Crow’s various musical projects, for instance, don’t seem at all disingenuous and yet wouldn’t function at all without a generation raised on Transformers. Or, the short answer being that Warp recognized a good thing when they saw it.

That’s because, despite all the quasi-soundtrack leanings, Pivot also possess that rare balance of immediacy and densely populated song-spans. “In the Blood” is demonstrative: great Ghostbusters synthesizers that occasionally stutter with ’80s rap charm, but contrast effortlessly with gradually complicated polyrhythms and growing guitar lines like spindly fingers. The title track is even more unabashed: the aforementioned opening section leads into guitars that stupidly ring out in dramatic gestures. If not for the back-and-forth keyboard line and perfect, interlocking rhythm sections that build and commit to each subsequent motion, my dad might very well point to this and nod, as if after a long search finally coming upon evidence of halcyon rock ‘n roll. It’d be over too soon for him, though; Pivot’s concision is one of their great strengths. “Fool in the Rain,” clocking in at just over three minutes, manages to culminate to a crescendo effortlessly without becoming tired or blowing its wad early, the sort of formula Mogwai’s built a career on. And “Sweet Memory,” a two-toned, shifting driver that seems on the edge of neu-rock absurdity for its rolling toms and tightly-strung guitar lines, manages to break itself into sweetly digestible parts. It’s as if Pivot know just how far the audience will tolerate this kind of grandstanding.

Of course, as those titles and that cover show, we’re only a few bad lyrics away from Pivot being exactly like every terrible band I’ve alluded to over the course of this review. Thankfully, Pivot are entirely instrumental and so the entire exercise has the feel of a masterfully executed insertion of tongue into cheek, even if that premise has the feel of me reaching for stylistic justification. And I’m ignoring that such theatrical prog as I’ve mocked is successful precisely because it translates so well between the stage and the space between one’s headphones; so long as people take themselves too seriously melodrama will always have a market, and one could do far, far worse than such an occasionally elegant and skillfully performed record.