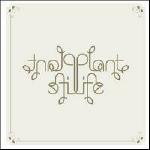 The Return of Jack Splash

It’s a tired slogan, a nostalgic party line, once cheered from urban rooftops and now bawled with boozed breath: “Let’s bring back the funk.”

PlantLife embrace their pastiche to the point of sounding naïve and oblivious. Self-conscious, winking remakes of 70’s standards are usually deplorable, but such an objection can’t conclusively point its finger at The Return of Jack Splash. Kooky, kinky song titles like “Underwaterloveboogie” and “Got2Get2Gether4Luv” are the kind of Parliament parodies that would seem like damning evidence, but the passion and groove feel real enough.

Multi-instrumentalist/vocalist/“vibe-man” Jack Splash sprays sweat with an afro-shake and staccato falsetto croon as Panda One brings a hip-hop producer’s technique to his tight construction of neo-funk rollers and a few bluesy ballads. It’s The Love Below limited to a two lane approach, yielding results that are perhaps a tad more consistent but less dastardly and dashing than the “experimental” counterpart to Speakerboxxx. Jack’s personality comes off as little more than that of a generic revivalist next to the pseudo-eccentricities and eclecticism of Andre 3000.

Plenty of the booty-movers here work like gangbusters. “We Can Get High” finds Jack Splash reeling in some crack whore by equating his “heart and soul” to illegal substances while shifty drum programming, a cool rock loop, low scratching and a savannah call shimmy in the background. Delightfully whiney keys and squeaky guitars provide the floor for Splash to roller-skate on “The Girl Said… Give it to me!” Whispers, murky techno, and hard drums become a banger when Jack yowls “Everybody got to get down!” on “Underwaterloveboogie.”

However, the real saving grace of Jack Splash’s “Return” lies in the late-night breeze songs, the stuff that fills dark rooms looking out through glass doors on that Los Angeles beach that’s found in a Michael Mann movie. “Why’d U Call Me?” basks with a glass of bourbon in the city light creeping between shades. After the 80’s A.M. rock misstep of “Precious Heart” (recalling RJD2’s unsteady “Through the Walls”), the album enters its final and finest sequence, an evening suite of sparse songs that sound like demos from a lost, homeless man who still wears his tattered tie-dye and his battered bell-bottoms. “I Know Those Eyes” cuts to the quick quickest, its gorgeous piano, bare drums, and brief bass flutter sharpening the stab of Jack’s sentiment: “These tears are proof right now / These tears are real.”

It’s the potential in “Why’d U Call Me” and those last four tracks that PlantLife should pursue. The gentle touch of the music reinvents the tired slogan so that one may quietly, casually say, “Let’s bring back the funk.”