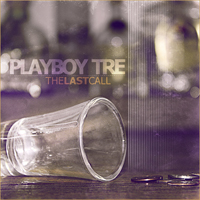 Hip-hop is a genre permeated by the skunky smell of marijuana, but, outside of a few choice brands, the conceit of booze is surprisingly unexplored. Sure, Tha Liks were a somewhat gimmicky West Coast trio whose raps revolved almost exclusively around the notion of hitting the club with the express purpose of blacking out, but Playboy Tre finally gives rap its first three-dimensional alcoholic mascot. The latest mixtape from the Atlanta underground vet is a simple pleasure, bursting with tales of inebriated stupidity and weathered indignity. It is, more than anything, aural commiseration after a torrid night, aspirin and a ratty couch to splay across while the hangover seeps out of one’s pores. In living rooms similar to mine, this is the sort of thing that soundtracks Saturday morning Zelda conquests and water binges.

Tre mentions A&Rs dubbing him unmarketable because he “rap[s] too old.” His style may be a hindrance to major label success, but the crux of his appeal lies in the lived-in essence he radiates. This is uncomplicated Southern rap, rich as swamp soil. Tre’s thesis on “All That’s My Life About” implies this much: “When the beat kick, I let my heart do the talkin’ / Lace the track with some street shit.” Many MCs profess something similar in spirit, but Tre actually possesses the talent to make his simplistic mission statement function beautifully.

It helps that his heart holds a slew of engrossing yarns. Last Call bursts with accounts of intoxicated nights, teenage fuck-ups, and cautionary tales. Playboy Tre assumes the role of hip-hop Bukowski, reciting this debauchery in plain language, throwing in funny asshole asides. Unlike Bukowski (as far as I’m aware), Tre possesses a gorgeous flow, a raspy drawl that spills out of his mouth effortlessly, alternating between punchy staccato and slow, sweeping conversation with ease.

All that Tre conveys feels unerringly genuine. He has lived a, for lack of a better term, interesting existence, and he spends much of this record documenting his experiences like an octogenarian Hollywood executive. Last Call is composed largely of “did I ever tell you about the time…?” chronicles; there’s a very simple joy in listening to a rapper who excels at his craft espousing these adventures in tight rhyme schemes.

The other side of Last Call is Playboy Tre letting the listener know precisely how proficient he is at kicking these story raps. It would be odd if a rapper whose personality revolves predominantly around a heightened self-awareness didn’t boast prodigiously about the deftness of his flow and the bite of his punchlines. While this material isn’t as emotionally dense or gripping as his sordid stories, one can’t balk at a skilled lyrical technician letting his hard-head flag fly and talking shit in liquid cadences.

As the Kraftwerk-inspired closer whirrs to a halt, I acquire a sense of fullness in my gut. Anyone broke enough to live off hot dogs for days on end knows that feeling. Gastrointestinal satisfaction is perhaps the best variety of satisfaction, and Last Call provides that sort of sustenance for rap nerds. Call it hip-hop goulash. Play it front to back, skits and all; let it soundtrack boring Wednesday afternoons. Playboy Tre continues to supply music for such occasions, when one needs something unobtrusive, something quietly impressive.