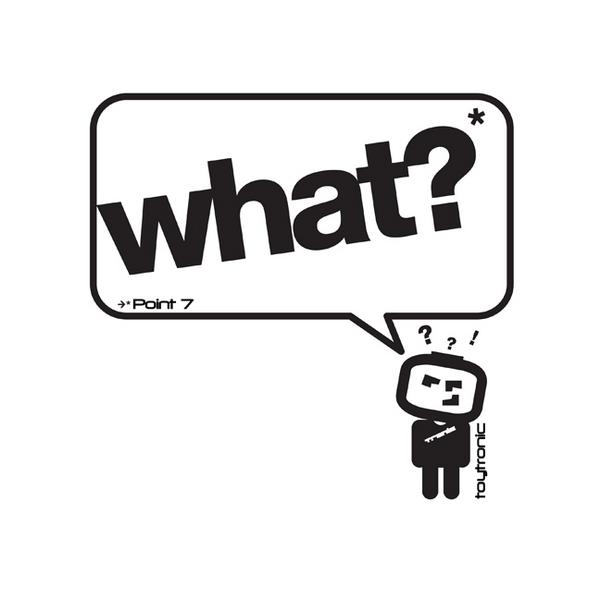 Toytronic Records were always the thinking man’s gold standard. If you happened to come in to some dirty money but were bored of the racetrack and car parts, you could always sink sums into their limited vinyl confident you’d shelled out cleverly: those sunburst acetates would appreciate like lightning, as surefire an investment as a box of Australian matches. Unfortunately, roundabout the time of landmark compilation Everything Is Green (2004), everything went kablooie and the label went into ice age. No-one knew the specifics exactly (personally I blame Sir Allen Stanford), but fortunately the Toys had already deployed their emergency chute in the form of compilation contributor Point 7. Far from being a disposable pixel in the ocean of IDM reservists, it turns out he was actually label originator Mr. Chris Cunningham all along (not that Chris Cunningham, there’s two). Unmasked and starting over from the Abfahrt Hinwil project he set up with Martin Haidinger, Point 7’s modest “Higher Contrast Information” track was just a beacon for the juggernaut to follow, as five years later he’s back with his top secret lifetime’s opus to shut down the imprint in glory. Fireworks, phasers, fat slabs, the works.

Easily the weight of the more temperate Aphex Twin LPs, What? is everything the hunger strikers could have spent a half-decade hoping for: a cross-section of what would become the sound of Toytronic; crisp, disjointed, and shimmering breaks that hark back to IDM’s prime. With that in mind, Point 7 doesn’t clear a whole heap of new ground on his comeback, but the set he’s assembled to soundtrack his return dazzles like a well-kept DeLorean. Not only that, but with the five year sentence he spent in the freezer he didn’t fail to absorb some contemporaries: “Ous” is nine minutes of dubstep superscript, dark beats skinned of their lasers and dance pads to reflect the new gloomy UK. It’s not a sign of grey hairs, just a solemn acceptance of the demise of raving in the wake of more widespread cocaine solos—paranoia apart, the label’s zeitgeist and quality control are remarkably taut, providing evidence to feed the fact that Cunningham’s hiatus was one of experiments. Things get ferocious on “Bit Loop Eddie” as synths glide you on your side through the Lefortovo tunnel, a white light pouring on “15th of July” as Eno-esque tones become arctic. The quickfire trance the label was built on is reacting with a strange new accelerant, crystals sprouting in all directions like continental drift on Krypton.

What causes What? to survive the tap of the jeweling hammer its purchasers will ultimately subject it to is the effort that’s gone into its creation—Cunningham’s plainly gone to great lengths to give subscribers the gem they’ve been rooting for, keen to drive home his vote for the notion that nostalgia can still be productive. “Dna Conflict” slips off a tuning dial and onto a rink of smooth forms, Casios colliding like blind pups, while the arcane technology of “One Movie” drips like the soundtrack to Dreamweb (1994). Powerful stuff, I assure you—powerful enough for Point 7 to declare last month that this isn’t a fanfare but a rebirth. That’s right: there’s a wealth of similar material stuffed in his trunk, enough apparently for the honcho to declare he now intends for Toytronic to continue. That’s a pill that can potentially go down both ways—the calibre of What? is wide enough to round off a twelve-year legacy, with further contributions arguably risking potential disgrace or dilution—but if there’s a manual out there somewhere on how to stage a successful comeback, Chris Cunningham’s prints are all over it. What? is like a reunion with an old friend who’s shed some tics in your absence, replacing them instead with a fierce imagination and a memory that can captivate a backroom. He tells stories from the olden days, but that’s what sages do, surely. Here’s hoping Point 8 doesn’t blight it.