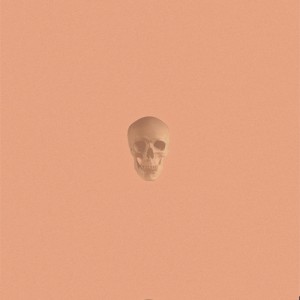 While the album title may not have the same motivational, borderline-ADHD allure of Pomegranates’ previous release, Everybody, Come Outside! (2009), One of Us offers a fair cornucopia of moments and reasons to be just-as-if-not-more trampoline-jumping enthused.

Remaining light-handed with the lyrics and heavy-handed on the feedback, One of Us is an earnestly smart psych-pop-slash-indie-rock album littered with the band’s signature, sparkly, sequins-like guitar ornamentation, clever progressions, some seriously bouncy hooks, and really, really fun atmospheric play. Imaginative soundscapes are draped in reverb and punctuated by an impressive use of percussive and even vocal variety. But most importantly, after this semi-sluggish surf-rock summer, it’s an album running over with opportunities to sink my rock-out incisors into.

Somehow the Pomegranates have managed an intelligent blend of Foals and Phoenix that for the most part sounds nothing like Foals or Phoenix (a task that I feel a lot of bands have struggled with this year). Not to mention, they’ve compiled an equally intelligent tracklisting/order. Right from the opening track, One of Us is an extremely pleasant straight-through listen, mellow songs paired with the more pulse-quickening cuts.

For example, the stripped-down, melodic “White Fawn”—metallic shadows of lyrics slow-stepping over minimal, drowsy synths and even more minimal cymbal tings—is immediately brought to a head by the thrash drumming intro of “Prouncer.” It leaps right in, plentiful, brassy cymbals ringing long past due, guitar/synth spangles and shines taking over to exemplify the twinklier psych-pop end of the band’s spectrum. The track is a microcosm of the album itself, playing up a back and forth of careful compositions and bursts of reckless noise: tinny, yearning vocals, whistling highs, and guitars give way to more patient, intent passages where only a few elements are left to work together to define the contours of the space. Songs like “Create Your Own Reality,” which dip into nostalgic, the Pains of Being Pure of Heart territory, are assigned to rock-out tracks like “Anywhere You Go,” saturated with whopping builds and instantaneous releases; with guitars so wet they almost sound, at first, like piano; with vocals that employ a Wild-Beasts-grade grinding/grating at the end.

Each song is unique from the previous, presenting an album full of tracks that stand apart, in increased contrast and sophistication, from the band’s two previous LPs and two previous EPs—songs like “Perception,” decked out in long, sparse, ambient interludes, and more pensive songs like “The Positive Light,” strewn with strings. The album as a whole has its highs, its lows demonstrated in a wide spectrum of constantly shifting paces, each song individually incorporating well-orchestrated retreats, surprising elements, bursts, and zeniths. These are shifts that make the songs hard to categorize— other than maybe token piano ballad “Between Two Dreams.” They may not have the purely unpredictable, linear development of, say, Sunset Rubdown—but they’re almost there.

Ever since I got that (considerably less complicated) “Corriander” song of theirs stuck in my head a few years ago, I’ve always kinda liked the cut of their jib. While bands like the Drums and Girls flaunt the angst, while similarly Foals/Phoenix-y blend Two Door Cinema Club plays up their adolescence in a way that makes me feel like I’m the older sister noticeably crashing my high-school brother’s house party, Pomegranates instead touch on a youthful sound without being so indulgent of their juvenile navel-gazing. It’s smart enough: they don’t really have to undercut themselves with sarcasm, irony, or self-deprecating tactics to achieve that youth. It just feels young. And genuine. And…really twinkly in a way that’s been all Pomegranates from the beginning. And now I finally feel like I have a solid album from them, to thrust into people’s hands with justifiable ardor.