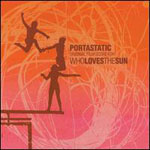 Who Loves the Sun

Soundtrack work is, nearly always, a dangerous trap. The set-up is pretty simple: Band A makes a number of good records, garners praise, and is asked to contribute work to the OST of an upcoming indie film. Band A tries its darndest, really hoping to create music that both helps along the film as a whole while also serving as a facet of their own creative growth (read: they learn to play oboe). In the end, Band A delivers 30-45 minutes of original music that really could have been written and performed by any number of non-descript session musicians. The real kicker: all of five minutes of it actually get used in the film. In the best possible situation Band A has managed one or two memorable songs to be used over the credits.

Don’t believe me? I urge you to check out Belle & Sebastian’s asinine Storytelling (exception: “Big John Shaft”), Air’s half-assed Virgin Suicides soundtrack (exception: “Playground Love,” arguably the finest song in their catalogue), Yo La Tengo’s forgettable work on Junebug, The Polyphonic Spree’s listless contributions to the Thumbsucker OST, or Jon Brion’s mediocre doodling on the soundtracks for both Eternal Sunshine of a Spotless Mind and its ugly, overweight, bucktoothed little sister, I (heart) Huckabees. There’s only one real, memorable exception that comes to mind: Aimee Mann’s work on the Jon Brion produced soundtrack for Magnolia.

This is, of course, all a rather long-winded way of getting around to eating some unnecessary crow: with the soundtrack to Who Loves the Sun, Mac McCaughan, under the guises of Portastatic, has created an entirely pleasant, listenable little soundtrack. I’m no fan of Superchunk nor did I understand the buzz around last year’s Bright Ideas; McCaughan’s voice has never done much for me, and his lyrics tend to be a bit ham-fisted. Stripped down to acoustic guitar, piano, oboe (it’s required I tell you!), flute, and only the lightest of drum work, McCaughan’s compositions have some room to stretch out and really shine.

What’s best is that McCaughan, despite some pretty melodic themes, doesn’t get stuck for too long in any one mood, nor does he jump around without need. With excellent sequencing, he moves with ease from pastoral tunes like “The Sunset Rock” and “Maggie at the Dock” through more upbeat tracks (“Fighting Music,” “Seems Like a Long Time Ago”) and on to fully formed and truly beautiful songs like “The Search for Daniel.”

McCaughan seems relaxed here — willing to take the songs as they come and with nothing in particular to prove. For his efforts he’s able to pull off a handful of memorable tracks: “Snake Music,” “Tremolo Chase,” “Is That Mars?,” and “Older Summers” all qualify as such. Still, as with any soundtrack, much of the material melts together, leaving a number of nondescript, anonymous tracks in the wake. Maybe my standards are unrealistically low, but at least he certainly doesn’t embarrass himself: to me that’s the sign of a pretty good soundtrack.