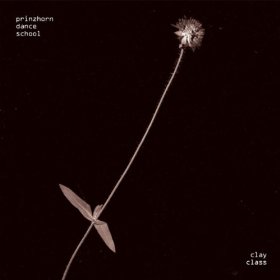 There’s one thing I really love about Prinzhorn Dance School: they don’t pull any punches. You always know where you stand with these two. Since 2007’s fine, self-titled debut, Tobin Prinz and Suzi Horn have officially been my personal anti-cheerleaders. Back then, I knew I’d found some real friends. They were quick to break the situation down in no uncertain terms: “You are the space invader,” they quipped, not six songs in. Who now? Just as quickly came the echo: “YOU ARE.” Oh. Well then. As long as we understand each other, I thought. And the more they yelled and yelled through those big black megaphones, with their matching black turtlenecks with the big white “P”s on them, cartwheeling along as they insulted every stranger I passed, the harder and harder it became to argue. Sooner or later I realized that I could trust them to give it to me straight when it came to just about anything.

Anyway, what I—back then—learned is that sort of direct and often boldly antagonistic approach to asserting themselves is something the duo use just as purposefully as any of the skeletal remains that don’t so much litter their songs as rest against gravity within their boundaries in a strange, puppet-like dance of minimalist illusion. Like a kind of sarcastic British marionette play staged in a school locker, the magic that Prinzhorn Dance School conjures always emerges with surprising vitality from their barest of structures. And like good minimalist art of all flavors, these songs succeed wholeheartedly at transforming the familiar into something exciting and surprising by making it elusive and more difficult to recognize, pretty much exactly like how a pickle becomes legitimate seasoning when you put it on a cafeteria chicken sandwich.

What sets Suzi and Tobin apart, though, is how they always seem to begin their friendships (with me; with anyone) intently focused on the most benign and easily understood terms, and when some epiphany of melody or jarring syncopation grabs hold, it feels mutual, like a magic trick the band themselves never expected, or a favorable puff of purple smoke in the horrible fluorescence of a biology lab. That Prinzhorn Dance School’s songs have a sort of primitive magnetism in that regard almost goes without saying, the anticipation of possibility in an empty space seeming almost exponentially increased. These are simple, sovereign lines, finding no familiar responsibility to narrative and demanding no obligatory motion other than the unavoidable cyclical-groove-induced gyration. That, I can assure you, is quite enjoyably voluntary, and to top it all off, Tobin and Suzi showed me the best dance EVER. You need a special hat, and I’ll have to draw you a diagram. Anyway.

“There is no map, no star,” Tobin proclaims in “Turn Up the Light.” Such an obvious shift of pop priority—from the plotting of forward motion and the consideration of narrative pacing to the delving stasis of rumination and patient self-analysis—gives the songs on Clay Class an amazing sense of space in spite of their humble appearances. Songs seem to move up and down rather than forward or backward, choosing never to tug the listener along so to speak, but also never settling for an obligatory Minimalist’s Checklist Assessment of what is simply left over when the embellishments are stripped away. When the two-note guitar accompaniment in the midst of album single “Seed, Crop, Harvest” chimes in out of left field, it doesn’t feel like a satisfaction of what I knew was eventually going to happen, but rather like a striking architecture built from happenstance in the seemingly boundless imaginary space wherein the song’s basic elements square off. When the band peel off, some kind of cynical version of the Wedding Present, on tracks like “Crisis Team” and “I Want You,” it feels less like an obvious nod than a miraculous happening. In fact, I never get the feeling of anything being “stripped” here whatsoever. Quite opposed to the deconstructive dynamic of minimal music, there is always a feeling of constructive clarification at the heart of Clay Class, and that reappraisal of the traditional sense of progress is something that is cemented by the ideology shining through the holes that Prinzhorn Dance School so artfully poke through the fourth wall.

Now I realize readily after digesting Clay Class how Prinzhorn Dance School’s argumentative nature and strictly dichotomous association go hand in hand when conveying a unique brand of sociopolitical commentary. In their ingenious ability to see past the heart and into the bones of the adversarial aspects of human nature, Prinzhorn somehow get to the core of every sociopolitical conflict imaginable. “It’s all behind you… I will replace you… he will replace me”; “You won’t cheat the seasons…”: Clay Class seems to focus its prodding on the institutionalized systems and outdated myths of social progress that have, through wanton irresponsibility, led so many citizens into distress over the economic strife and stratification that characterizes so much of the world today. No song on the record gets quite as straight to the point as the sardonic “The Flora and Fauna of Britain in Bloom,” which follows a familiar path of spoke-sung repetitions through a depressing exhibition of “skinny trees… naked in winter” and the myriad other emaciated images that speak some word of truth about the social deconstruction the band reports with a thankfully merciless critical eye. So I went back and listened to “You Are the Space Invader,” the song I heard when Tobin and Suzi and I first met. It kind of pained me to realize that you could almost hear them yelling at each other, and I realize now, after we’ve been hanging out for years instead of just a few weeks that the pair has simply been using me as a means to resolve their own differences all along. With Clay Class, it’s kind of romantic.