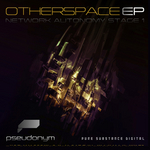 In 1877, Walter Pater wrote, “All art constantly aspires towards the condition of music, [because] in its ideal, consummate moments, the end is not distinct from the means, the form from the matter, the subject from the expression.” Pater was part of the Aestheticism movement of Victorian art criticism which emphasised the self-contained beauty of art as opposed to the then-predominant notion that art should edify and restate moral or social values. Walter Pater was a man who would have loved electronic music.

It’s perhaps now, more than ever, helpful to view dance music in an Aestheticist light: rather than acting as a—usually lyrical—reflection on something external to it (love, hate, politics, a story), electronic music deemphasises the external signified to focus instead on the immediate, self-contained sensation, removing any layer of cognitive interpretation to activate primal, unconscious response. The invention of automated playback destroyed in one fell swoop the possibility of identifying music as a performance delivered by a performer, a signifier denoting a signified, the expression of a given ego in a known way. Under the circumstances, it’s no coincidence that dance music has steadily become instrumental, stripping away evidence of its human origins and its compositional process. You go to a club and deliberately give up control of your sensibilities to hear music re-played with nary a musician or instrument in sight. How the music was created, who was behind it, and what they meant are irrelevant. All that matters is the visceral impact of sound.

There could hardly be a more perfect example of this philosophy at work than the story behind the Otherspace EP: Malaysian based label Pure Substance received the tracks, along with undecipherable computer code and a fax number on a USB stick addressed to “DANGEROUS PURE SUBSTANCE LABORATORY, KUALA LUMPUR.” They called the number and signed the tracks to the label without ever learning the identity of Pseudonym or the meaning of the code.

We can only hope the creator is indeed human, because this EP sounds like nothing less than a radioactive death threat addressed to mankind courtesy of some malevolent AI sentience. Shit is apocalyptic: the original Detroit techno vision of mechanised dystopia with a mushroom cloud flaring overhead and mutations of the darkest of Twilo-era progressive scurrying through the ruins. The first three tracks are pounding, rasping, pitch-black tech grooves overlaid with a bleak sci-fi symphony of searing synth strings playing out nightmarish shapes, pausing only to allow feeble organic muscles a chance to recover before the rampage begins again. Then, just as you dare think you’re prepared for the next movement, rhythmic weaponry switches up and in comes armour-piercing, hard dubstep in the shape of “Network Autonomy 1.1.” Finally it abates with the haunting ambient coda of “Transponder.”

Pseudonym’s deliberate anonymity in of itself doesn’t make this the powerful record it is. The prosaic truth is that on the dancefloor you’re unlikely to ever find out an artist’s name anyway, and so deliberate anonymity only becomes necessary when an artist reaches the compromising level of exposure that, say, Burial finds himself heading toward. In these low-profile cases we spend more time dissecting the artist’s decision to remove him/her/itself from the equation than if they had provided a typically minimal and irrelevant biography—the absence becomes the identity.

But here, Pseudonym’s self-termination is strikingly appropriate. There’s not a single voice or word to be heard in 35 minutes of music, nor is there any sound that could conceivably have been strummed, plucked or blown on any live instrument; rarely is dance music so scoured of any trace of humanity. Even the percussion programming sounds assembly-line rigid, tightly quantised and devoid of the minor imperfections or fleeting looseness a flesh-leaden hand brings. Yet, the more soulless and autonomous it becomes, the more primal and deep-rooted the response it wrenches from your hindbrain. You feel more alive for every second it sounds cold and dead.

90% of dance music is, frankly, cheap: a high string-like noise will automatically send hands reaching into the air, a bass drum inspires movement without thought. No craft or inspiration is required. But while that 90% so-often exploits its purity of existence for manipulative good-time party ephemera, the Otherspace EP is a 35-minute reminder of the pure gut-annihilating power of the genre. Forget canned hedonism under tacky laser displays on Saturday nights, this is music for lightless raves in subterranean shelters while the bombs are falling at the end of the world. Pseudonym, whoever you are, we surrender.