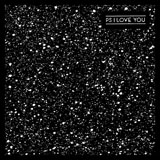 PS I Love You

Meet Me at the Muster Station

Paul Saulnier snaps the necks of most of today’s rock signifiers. In a scene in which most musicians are skin, PBR, ‘n bones; in which success depends upon a mystical and unknowable blend of ironic homage and earnest creation; and in which virtuosity is utterly beside the point, he sits, a big, orange-bearded dude with a back-to-basics rock’n’roll wail and the living ghost of Slash periodically exorcising itself on his fretboard. It’s strange, then, that PS I Love You’s debut full-length, Meet Me at the Muster Station, fits so easily within the parameters of what we would generally expect from an Ontarian “indie rock” band. The songs are reined in hard, and the result is a short, tight album without a moment wasted or a bad track. You’re safe throwing any of these songs on a mixtape.

The downside to such well-pruned efforts, though, is a sense of truncated opportunity. With their chops, PS I Love You have the potential to careen off into all sorts of craziness, but instead they mostly play it safe, avoiding grandiose delusions, but also occasionally (but only occasionally) finding themselves in danger of becoming innocuous. The shredding is crazy, but the risk-taking that sees PS dropping tapped metal riffs into three minute indie-rock nuggets doesn’t always appear in the songwriting itself. The opening title track is solid, but Saulnier’s electrocuted yelps, falling somewhere between Pixies wail and Frog Eyes quail, seem a little over-ebullient when paired with the Randy Bachman-esque guitar riff.

Then again, not every moment can be as heart-swelling as the chorus to the band’s breakout track, “Facelove,” previously released on a split 7” with Diamond Rings. “Your love is like a delicious glass of wine / Thrown in my face,” sings Saulnier, and when the classic chorus-foreshadowing feedback drops us into heroic guitar harmonies and hi-hat clatter, which morph into a wanktastic guitar solo, we know just what he means. The album never manages to surpass that high, but fingertip-snags it again with tracks like “2012” and “Butterflies and Boners.” For a two-piece, PS I Love You has a surprising ability to push itself into epic territory. Within its constraints, Meet Me at the Muster Station breathes, at times kicking into high gear, at others sitting on the backbeat while distortion fills in the spaces. The guitar is centerpiece of the album, Saulnier wringing it for tones, psychedelia and grunge dripping off of the chorded noise. It’s the moments of unstructured sound, the drone opening “Butterflies and Boners” and the fluctuating wall of noise closing “Scattered,” that leaves the listener wanting more—perhaps moreso than the shredding closing out “Meet Me at the Muster Station.”

The rift between what is likely a mind-blowing live show of skill and endurance and a compressed piece of audio information is the downside of technology that allows us to carry a record collection in our pockets. And the blow-up hype and short attention span engendered by the feeding frenzy of a network of music blogs results in all sorts of unreasonable expectations. So, while the internet broke PS I Love You to a world of insatiable music fans greedy for the next thing, ultimately the digital age does a disservice to them and artists like them who write solid growers with more than a little instant appeal but who hold back on the “studio magic.” Productions values, electronic wizardry, and just plain overdubbing have numbed my sense of wonder, at the very least, so that solid songs by a solid band don’t register as strongly on synapses burnt out on equal parts sugary melody and acidic effects. Listening to the recording, you can’t always grasp the gravity of what’s being presented here: a guy playing a crazy tapping solo while singing and simultaneously playing the bass lines on organ pedals.

Maybe that’s why attitude has in many cases supplanted musical skill—because a recording studio can compress “Holy shit, is he actually doing that?” into “I’ll throw this on while I push back my cuticles.” Recordings zoom in so tightly that it’s hard to absorb the broader strokes, and so, on record, artists go for flash, accentuating textural details. For a songwriting purist, it may be deflating to realize how much the occasional digital-handclap in “Get Over” helps to elevate the track to a dancefloor banger (and the thick-as-molasses synths don’t hurt either). The rest of us get to rock out under the guidance of cheesy drum machines. I don’t want to give the impression that Meet Me At The Muster Station is in any way lazy; it’s energetic as hell, something to play from beginning to end at a party, a soundtrack for your next split lip. But with a little studio push, PS I Love You’s next album could be the party, a soundtrack for your next unstaunchable wound.