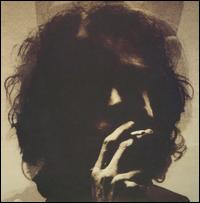 Can “big” be “small”? The Psychic Paramount’s mission statement reads something like an investigation into that question. Small here doesn’t particularly refer to size, or even sound, but rather intricacy—the delicate interlocking of components so minute that their existence set apart from the whole amounts to little. Evidence for such labyrinthine structures abounds within nature, amongst the tiniest cells and the complexity of living organisms, all combining to create one giant, ecologically balanced form. This is why it makes sense to look at the Psychic Paramount and II in such a context: taken as a whole, their parts make up something that is big, small, and wholly natural.

The roots of II lie in what defined the band on their debut. The sheer volume and intensity present on Gamelan Into the Mink Supernatural (2006) isn’t missing, it has just fermented into something entirely deeper. The Psychic Paramount haven’t really widened their approach insomuch as they have focused it more acutely; where they could have been loosely labeled with the post-rock tag beforehand, they transcend such parameters with tighter experimentation—“RW,” as an example, wouldn’t sound out of place on Battles’ Mirrored (2007)—and with a distinctive lack of reliance on dynamic shifts. The sound they produce is truly massive, engulfing, and absorbing; a true wall of noise which possesses not a single loose brick.

The epitome of this sound comes straightaway in the opening track, “Intro/SP.” In a way, it is curiously reminiscent of “Nil Admirari,” the opener to Oneohtrix Point Never’s Returnal (2010), a track every bit as uncompromising and deliberately provocative in its placement. On what is fundamentally a drone record, “Nil Admirari” is jarring and brutal, pure unstoppable force unrestrained in the five minutes of destruction it wreaks. “Intro/SP” achieves exactly the same end, although by different means; the guitar, bass, and drum elements of the Psychic Paramount coalesce to unleash an unrelenting release of power, the pace dropped by one only to be made up by the others going even more furiously. Yet this merely provides the cornerstone for the band to develop their more focused tendencies, rather than becoming II‘s definitive statement.

The album then gestates into a collection of songs marked, again, by their accumulation of many smaller pieces. “N5” is underpinned by ringing, one-note guitar which then unexpectedly breaks up, only to re-emerge as long, stretched-out chords as the track fades out. Trapped between the dense layers in “N5 Coda” is more slurred, off-beat picking, at times at one with the bass guitar beside it, until the latter itself chooses to move off of its own accord. From the cymbals that bear the weight of the indiscriminate blurts and squeals of “Isolated”—an appropriately named collage of sonic bursts which never manage to interact—to the pseudo-metal breakdowns in “N6,” II is borne along by its roots, its miniscule production emphases, and the instrumentation that is inextricably woven together. In a sense, this is not a record greater than the sum of its parts, but where the sum of the parts, laid out alongside one another, are greater than the whole.

It might sound like I’m suggesting that this album doesn’t deliver on what it promised, but that would be unfair. With II, the Psychic Paramount have created an record both gratifying in its dense magnitude and equally rewarding in the fragility of the elements that the album is composed of. One feels superficially that removing merely one of these layers would not be an obvious loss to the greater whole, but like the giant Jenga construction that this is, taking out one seemingly loose piece would bring those relying on it crashing to the floor. In the light of this impossibility, the Psychic Paramount confidently answer the very question they propose; here, retaining full control of their sound, “big” and “small” don’t always have to be contradictory forces. Rather, they embrace both foundational factors in the irreducibly complex creation II proves to be.