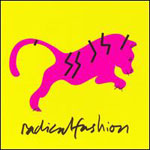 Radicalfashion a.k.a. Kobe’s Hirohito Ihara uses “Opening” as a brief introduction to the externally catalyzed daydreams that dance at the fringes and tear at the corners of his prodigious piano compositions. The track’s single minute sounds like a gamelan wrangled out of elaborate wind chimes and rain falling on tin, and this same exact gamelan au natural plays underneath (or on top of) “Mask,” the closing etude. Such is the way that Radicalfashion’s debut manages to expand formalism with expressionist swaddling, and it swaddles through its very modern production and very carefully herded noise. And it doesn’t sound like Philip Glass because Philip Glass never sounded this raw.

Quite different from the sort of “raw” that one might equate with four-track bedroom folk recording, Odori’s rawness comes from its adventurousness, like when Ihara takes the “glitch” concept of electronic music and uses it for something as fundamental as time-keeping. “Thousand” has what sounds like soft CD-skipping in place of percussion; this skipping templates the bolder arrangement at the song’s conclusion, where a drum line sprouts up then crumbles over itself and abrasive piano fists rebound the downbeat. In fact, the general swing of Odori is glitch, even as it vibes on shortening the space between ancient and alien (as if by wormhole) and seeks to bend canonical meter ‘round the odd shapes of defections suggested to Ihara by his surroundings. And Ihara does not subdue the errant nature of those imperfections; at times he even embellishes them. With its uneven, overlapping phases of vocal and synthetic gasping, “Usunibi” is the essential rhythm of Odori scarily bared. Every line has a signature, and Ihara lets these signatures work in equal juxtaposition and contrast so as to create a droning flux made of distinct layers.

“Shousetsu” highlights a more conventional contrast -- that of piano and metronome -- but here Ihara transforms the time-keeper into something bizarre and dominant. Each measure begins with an inhale followed by turning pages, clunking cogs, atomic clock pings, and radio static, as if the metronome is some Cronenbergian device made of human flesh and twisted plastics. Near the end the brilliant piano playing is allowed a minute free of the metronome’s wheezing biotechnology, but the inhale and pings return for the final say, the momentarily stopped but unstaunched flow of time. And that’s just the bare bones of the dualism Ihara’s toying with in his music. Prefuse-y “Shunpoudouh” masterfully tightens itself concentrically, first finding its coil in vocal blips amassed atop clopping percussion, then lacing a new motion with chords and warbles, then off-setting the chords with the fragment voices, increasing the clopping, bringing back the synth swoops, settling the chord repetition, and finally dropping the voices back in to coax the song out of a chord change to the totally unfamiliar.

Ihara’s experiments never mind explaining themselves; they don’t telegraph their developments nor delineate their own nature into trifling bytes. As the akimbo rhythms and atmospheres deliver this music from the rigidity of classicism, Odori blooms with mysticism. For an analytical foothold, some have focused on Ihara’s confession that he’s channeling the inspiration of his environment via the filter of the subconscious. Perhaps he’s consciously trying to unburden his subconscious through the diadochy of grabbed voices and culled noises within the lattice of formal music. This thing trembles, regardless. The closing submersion of the otherwise bright “Photo Dynasmo” signals a shift like a slap of ice water, a rude awakening to a dark dream that does not end. If someone were to adapt a Murakami novel for the silver screen, Ihara would be the only man to do the score.