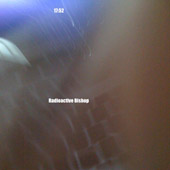 The idea that just about anybody can create convincingly professional-looking or -sounding works of art with nary a dime to their name is hardly news in 2011. But it’s still a little weird to consider that the random dude sat next to you on the morning commute might have produced the definitive artistic statement of your generation on his laptop over the weekend, or that the barista pouring your Americano might be a video artist widely considered heir apparent to Stan Brakhage. And yet you know it must be happening; you know someone somewhere is totally unaware of the fact that they’re riding the subway with Burial or Tim Hecker or whomever. “Internet famous” is an actual thing, weirdly, and “career musician” now seems only to refer to bankers with a copy of Ableton and some free time in the evening. Remember when everybody thought it was crazy that Girl Talk had a day job in an office somewhere? (As if a guy sticking snippets of pop songs together shouldn’t have been thinking about a more stable source of income.) What’s crazy is that all anybody really needs is some spare time and an internet connection, because once you’ve put your work out there it’s actually out there, and with a little luck and a few blog shout-outs you’re playing Coachella next year.

What’s also crazy is that, as a listener, you’re liable to hear just about anything from anybody. All of the old shit that stood between an artist and audience—recording studios, record labels, or even just the basic building blocks of the physical distribution process—begins to look like nothing more than needless mediation. But downloading someone’s bedroom opus minutes after they’ve posted it to Bandcamp? Well, there’s a sense of immediacy there that’s hugely appealing. And although that immediacy isn’t always matched by the quality of the music itself, when you do stumble upon great music this way it’s doubly exciting.

Which is why I was so pleased to more or less stumble upon 17:52, the surprisingly awesome debut EP by Radioactive Bishop, who I can all but guarantee you’ve never heard of. I know that Radioactive Bishop is actually a guy named Riley Byrne, and that Riley Byrne lives in Ottawa and sometimes skulks around shows here. But given that as far as I’m aware he’s never performed live here (under that name or any other) and has never released any music before, the fact that one day two weeks ago he just up and released a nearly twenty-minute EP of original and rather professional-sounding music via Megaupload was more than a little surprising. As of the time of this writing I am, according to Last.fm’s scrobbling charts, one of only two people to have ever listened to a song by Radioactive Bishop, and for all I know the other person could be Radioactive Bishop himself, so from the looks of things this is about as immediate and unmediated as music gets.

This isn’t about ultra-obscure-music oneupmanship, mind you—but we’re talking about a degree of obscurity that makes the appeal of 17:52 almost personal, or private, even. If most of the music you listen to can be considered “underground” than this album is practically sub-mantle, so nonexistent is its audience or repute. Which is what we all want from the internet, right? Totally new and totally unheard-of stuff to discover for ourselves? And here we have new and most definitely unheard-of stuff that’s genuinely really good, as a whole. It’s a tad rough around the edges, but in general this EP—which for the most part channels a kind of Cosmogramma (2010) vibe but with a few Nurse With Wound-like experimental digressions thrown in for good measure—is about as eclectic in style and professional in execution as you’d expect from any of his more accomplished peers in post-FlyLo production.

If the omnivorous consumption of music is just another symptom of life in the internet age, so too must be the regurgitation of same, as evidenced by the sheer variety of what gets spewed out across 17:52: no sooner does Byrne introduce synths cribbed from the Daft Punk playbook than does he allow them to be overtaken by an AFX beat and washes of ambient noise, which noise then quickly mutates into something Tim Hecker would be proud to call his own before yet another abrupt shift in style and tone cuts another short unexpectedly, until the whole thing devolves into a rumbling and understated ambient piece. The point being that Byrne gets a lot of mileage out of his iTunes library and even more out of his own impatience, and if that makes this record derivative it is at least urgently so. “Rapidshare-core,” then. This is music by a totally regular guy, but a regular guy with good taste and at least seventeen minutes and fifty-two seconds worth of talent—and if that’s not enough to warrant a right-click-save-as, I don’t know what is.