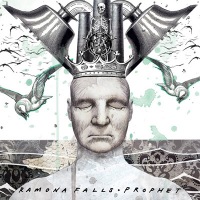 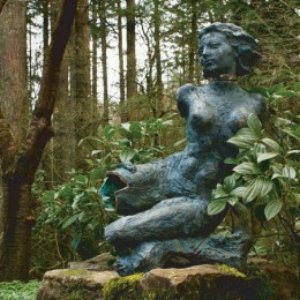 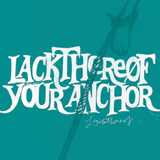 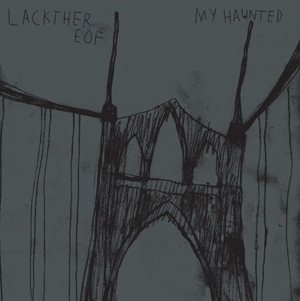 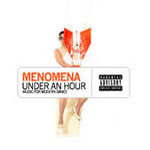 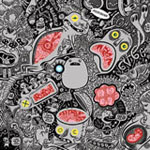 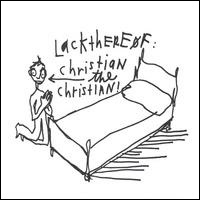 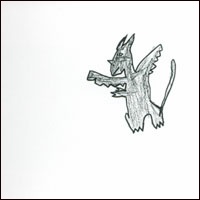 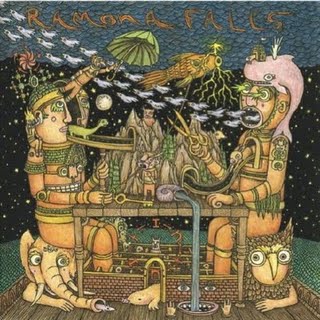 Criticizing the debut from Ramona Falls is easy, at least when there’s nothing constructive involved—this is, ostensibly, an album made by a member of Menomena, and it resembles Menomena, and it is atavistically beholden to cartwheeling through more ideas than are warranted or earned in a typical four-walled, four-minute pop song. Like Menomena. A far cry from Danny Seim’s Lackthereof project, which is evolving quickly into a moody hedgehog of brief but pliant indie rock all its own, Brent Knopf’s Intuit is as much indebted to its paternalistic forebear as it is to the 30+ musicians storied to be involved. If this is what the music of the Pacific Northwest has become, then we’re doing alright over here—and if the Helios Sequence (especially Ben Weikel), John Askew, Mirah, 31Knots (ugh), Talkdemonic, Dat’r, Loch Lomond, and fucking Janet Weiss are all about helping Knopf, how could this not be a testament to Portland and the greater Portland area sound?—but to what extent can Knopf prescribe to helming a definitive conglomeration of the region’s best musicians?

To no viable degree, I don’t think, but then I also don’t think Knopf set out to be that kind of figurehead in the first place. Though his voice, a fragile but voluminous tenor, cuts slickly through whatever pleasant or ringing sundry boxes it in, Knopf conspicuously seems at odds with giving Intuit the kick in the pants it—at times unceremoniously; at others, vehemently—needs. More than energy or enthusiasm, these eleven songs demand a leader and Knopf nervously balks at the role; more, he’s an editor, would rather be a technician geeked on his precision, and any rigor prescribed to these eleven tracks sounds fitfully lonely in execution. Like so.

Check how deeply content he looks, working at a swift pace, moving without pausing between stations, shyly pedantic, a whole world of doohickeys probably off camera, him like a precognitive synesthete: he smells the potential music about to come out of each machine. Watching Knopf, one can better understand how deliberately built each track is and how, strangely but still in step, naturally paced the whole album becomes. It’s of course no great shakes to sense the developing layers of a piece like “Clover,” be it the hammering piano—softer but ilk to the “Ghost of You Still Lingers”—or the exponentially repeated lyrical schemes (or the whistles added carefully, then the female vocals, then the consuming squall of cymbals, Knopf’s voice breaking to match, not succeeding, going down in flames) that most directly address architectural tension and, so, tension in general. “Clover” climaxes, does so when it should, and the sensation is satisfying; it’s a pretty song with terrible lyrics, though Knopf always sounds pretty singing terrible lyrics.

Which could be said about almost every moment Intuit has to offer, aromatic and lovable, from the wonderfully patient “Going Once, Going Twice,” striking a surprisingly somber note through an otherwise sinister acoustic strum and then shifting cloud-ward with little shift in instrumentation, dynamics, and volume, an impressive feat given the range of melody and production flare Knopf’s so obviously capable of, to the almost non-existent interlude “Boy Ant,” a traditional piano run that earns it’s every tactile corner. Not all is the stuff of expectation: “Always Right” shunts a stentorian, even funereal, chorus of titular chanting to waddle through a spry patch of something not too far from what Man Man once did so well, shit clanging, thighs ringing. Conversely, “I Say Fever,” in attempting an abrasive leap from “Melectric,” which amounts to a competent and quenching Menomena b-side, can’t justify it’s rubber cement freak-out more than by virtue of juxtaposition, blatant and inevitably forced next to how willingly, say, “The Darkest Day” indulges in seamless, shameless loveliness. Just look at that title, after all.

And about those lyrics: most are efficiently cloying, what’s to be expected from a Menomena songwriter no longer tempered by Danny Seim’s bleakly witty, insular couplets. “If I’m dreaming you / And you’re dreaming me / Why don’t we choose / A different story?” he mewls through “Clover,” melodrama followed by martyrdom, Knopf all “My heart just wants to know it exists!” Most lines draw out the theme of romantic distance and associated pain without pushing much further than self-pity; song titles like “Salt Sack” do nothing to disseminate the barrels of irony that could combat how some of the diction here just drips with trite breakup afterbirth. Maybe playfulness could save the day, as in “Russia” (“I sailed to Komodo / I fought with the Dragons / And when it was over / Their tails were waggin’ ”), when Knopf allows his internalized sense of disappointment to loosen and he dissects or upends the archetypal romance he normally alludes to without filter.

But what the success of Ramona Falls is ultimately bent on, unfortunately so, is how it distinguishes itself from Menomena, how it can achieve solo status over the regressive “side-project” tag. Because Menomena has always been, in my head, the precarious balance of intuitively singular, stubborn, and very talented musicians with fantastic ideas, the merry post-coital sigh after an especially violent bout in the basement. Their in-studio arguing is old hat by now. And for Knopf to enlist so many regional voices and hands under the auspices of a collaborative suite of like-minded songs, again he disappears behind the effort and serendipity required of the same balance Menomena can somehow consistently achieve. Even when they shouldn’t.

So? Intuit makes sense, easy enough; it elucidates Knopf’s part in his more popular band, as if that were a secret, and it tentatively allows a familiar songwriter some more control, some new ground. “Bellyfulla,” especially, is lilting, perfectly restrained but still stocked with matrices and matrices of cuddling limbs, flitting figures. Communally exciting, the song’s a total triumph, resembling nothing Knopf’s done before but cobbling together, transparently, the collective clarity each contributing artist has for their vision of where they, individually, fit into the region from which Knopf’s culled.

When Knopf drops the magnanimity and is explicit about his ownership over this project, only then will Ramona Falls blister; only then will “I Say Fever” work. “Bellyfulla” is an early albatross, not to be surpassed or bettered, at least by 30+ musicians sounding healthily, coherently 30-mother-fucking-plus. No, for Ramona Falls to branch into challenging and conceivably new, exciting places, Knopf needs to quit being a curator, drop the safety scissors. This is what he’s been doing for years—babysitting geniuses. Time for his melodies to be as self-absorbed as his words.