Other Records by R.E.M. 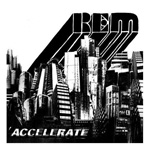 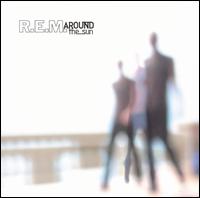 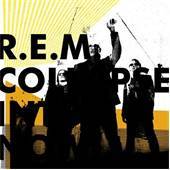 Like the majority of R.E.M. fans in 2008, I overrated Accelerate. Probably because it wasn’t Around the Sun (2004), still one of the all-time head-scratchers in any major band’s discography, especially one as consistently solid as R.E.M.’s. Unlike its predecessor, Accelerate sounded like actual humans constructed it, offering hard evidence that Mike Mills’ voice box hadn’t been surgically removed prior to Sun‘s recording. And at the time, that was more than enough.

But the album as a whole hasn’t aged terribly well, being that it was almost entirely comprised of over-driven broadsides against the Bush Administration. Think of it as R.E.M. trying to prove to their audience (and more importantly, themselves) that, Yeah, they can still rock, and sorry about that Pat McCarthy guy. He’ll never be allowed to tune Buck’s Rickenbacker ever again. Ever. They swear.

So if Collapse Into Now is R.E.M.’s strongest effort since 1996’s New Adventures in Hi-Fi (EIC Scott Reid still says Up [1998], I say too damn long), it’s because they no longer need to spend an entire record proving the obvious, namely that having a real drummer isn’t a luxury, and that locking Mike Mills’ golden pipes outside of the studio was a bad idea. They just learned the hard way. Or in Michael Stipe’s own words: “Just the slightest bit of finesse / Might have made a little less mess / But it was what it was / So let’s get on with it.” So goes the chorus to “Discoverer,” a mash-up of past glories “Finest Worksong” and “Turn You Inside-Out”; it’s also their most invigorating opener since “What’s the Frequency Kenneth?”

Thus begins Collapse Into Now‘s guided tour of the R.E.M. museum. Nearly every song can be directly traced to a prior touchstone, and if anything the album revels in that. “It Happened Today” revives the lovely textures of Out of Time (1991) via an all-star (Eddie Vedder! The dude from Hidden Cameras!) round-robin of wordless emoting that recalls “Belong.” The acoustic lament “Uberlin” could easily pass for a deep album cut on 1992’s Automatic For the People (“Monty Got a Raw Deal,” maybe). “Mine Smell Like Honey” and “That Someone Is You” revive the melodic power-pop crunch of the better songs on Life’s Rich Pageant (1986), while closer “Blue” is really just an excuse to re-cut “E-Bow the Letter” with the “Country Feedback” riff, right down to Patti Smith’s caterwaul. (Not the strongest way to close out, so they wisely reprise “Discoverer” at the very end.)

Otherwise, Collapse Into Now features the most mandolin on an R.E.M. record since Out of Time, and as on Accelerate, producer Jackknife Lee invites Mike Mills to sing, and to sing often, his backing vocals high in the mix where they belong. While there’s no question that the former should be praised for helping to alleviate the stench of the McCarthy era (though as much as I rip on him, he did produce the two best Luna records), there’s a little more compression in his sonics than is desirable, almost like he’s hinging R.E.M.’s return to relevance on winning the Loudness War. Scott Litt’s rounded warmth is missed.

Sure, Peter Buck looks plenty silly when he tells Rolling Stone that Collapse Into Now is “song for song, the best thing [they’ve] ever done.” My dog-eared copies of Automatic For the People and Murmur (1983) tend to disagree…though maybe he’s referring to how much R.E.M. is actually in this thing. Collapse Into Now isn’t exactly what anyone would call groundbreaking—while it still bears a commanding presence, is well-written and unceasingly catchy, it offers nothing new—but for a fifteenth studio record, fans should rejoice. This will likely be the one post-Bill Berry record diehards reach for first to satisfy that biting need for Stipe. And if there’s any band that’s completely earned the right to gracefully knock themselves off, it’s R.E.M. It only took them fourteen years.