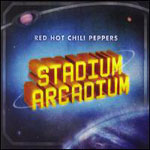 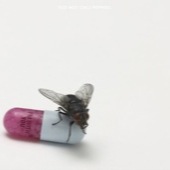 I hope one day I’m fortunate enough to bump into Josh Klinghoffer, the Red Hot Chili Peppers’ guitarist du jour—we’d have a lot to talk about. First: his birthday? October 3rd, which is my wedding anniversary. And we’re both Libras. Also, he’s only thirteen days younger than I am, making him twelve years old when Blood, Sugar, Sex, Magik (1991) was released. Huh. What exactly is it like to join a band when you’re young enough that you probably rubbed one out to the lyric sheet of their best album? Chris Farley interviewing Paul McCartney on Saturday Night Live comes to mind: “Uh, hey guys…remember ‘Sir Psycho Sexy’? That was awesome.” I wonder (hope!) if Klinghoffer forces them to play it every night.

Unlike the Peppers’ prior fiascos in guitarist replacement, Klinghoffer’s hire is most notable for being so uneventful. He’s a good friend of Frusciante’s, was even an auxiliary guitarist lurking in the shadows on the last RHCP tour, not to mention a seasoned sideman with several acts currently viewed far more favorably than the Peppers themselves (e.g., PJ Harvey, Warpaint, Gnarls Barkley, Beck). His integration into the Chili Pepper milieu has been smoother than that of, say, Dave Navarro, and nearly every one of the fourteen songs on I’m With You, the band’s tenth studio album, would have sounded right at home on 2006’s Stadium Arcadium, despite the five-year gap between. Klinghoffer is basically Frusciante-lite: fewer guitar solos, more background texture, and equally effeminate backing vocals.

So for as much as they can say has changed, they’d be lying. Much like I’d kill to see another Radiohead album not produced by Nigel Godrich, I dare the Red Hot Chili Peppers to kick Rick Rubin to the curb for their next record. His bone-dry production is too compressed, too flat, and his sires could benefit from some fresh ideas, because they currently equate “evolution” with hiring a timbale player to go apeshit on half of their LP’s duration. Longtime fans will note that in addition to simply sounding very similar to the album that preceded it, I’m With You finds the Peppers seemingly unable to restrain themselves and take it easy. Too many uptempo stompers bludgeon the listener; the combination of Rick Rubin loudness and frantic downbeats on “Goodbye Hooray” and “Happiness Loves Company” induce headache. I’ve got to assume that wasn’t the idea they’re going for.

Sometimes this all-or-nothing approach yields dividends. Opener “Monarchy of Roses” is I’m With You‘s best track, a furious, slap-bass disco groove that should have been the first single. What should have not been the first single is the head-scratching sleepwalk of “The Adventures of Raindance Maggie,” easily the weakest RHCP single in memory (though it is #1 on the Billboard charts, so what do I know). Flea brings an irresistible popping bass line to “Factory of Faith”; a mariachi trumpet solo lights up the lithe, Latin groove of “Did I Let You Know”; and as has become the norm for this band over the past decade, the slow weepers—“Brendan’s Death Song,” “Meet me at the Corner,” and “Police Station”—are all fine. The latter explores that most fertile of Anthony Keidis topics: the good girl from his past led into prostitution (and ultimately the police station). And yeah, there is indeed a song on here where Keidis rhymes “cheeky” with “Mozambique-y,” but complaining about the man’s lyrical prowess at this stage in the game is like haranguing Morrissey for being sad. Just be grateful there’re no lyrics on I’m With You that rhyme with “California.”

Still, it’s kind of impressive that 1) people still care about this band 27 (!) years removed from their debut; and 2) Anthony Keidis is still alive. New axe-slinger or not, I’m With You is a given for this band—at least four songs too long and Rick Rubin’s nonchalance leaves everything sounding precisely and consistently the same. Though they remain top-notch musicians with just enough good songs on each successive album to be of interest to those still onboard (hey there, white males aged 28-32), their latest is hardly going to knock Blood, Sugar, or even Californication (1999), out of their pantheon any time soon. So there’s that.