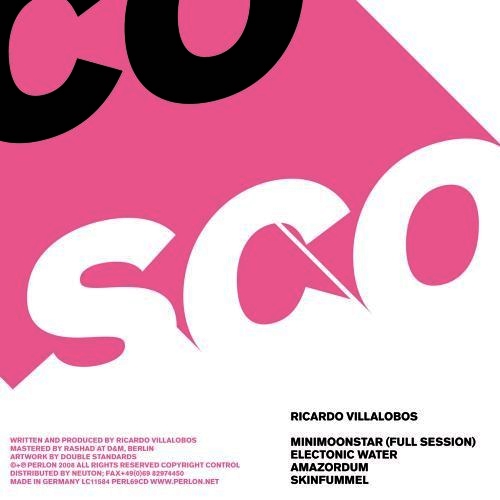 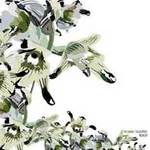 My 2006 has been a series of dreamy lullabies. Somnambulant, propped against the wall in the CMG staff lounge, I vaguely hear conversations abuzz with 2006-malaise: “Where are the incendiary, BIG albums?” “Fishscale gets close, but boil it down and you have ‘The [Ghostface] Not Taken.’” “Everything All The Time makes me like MMJ and 12 Rods more than I did before.” “Pink is technically last year’s model.” nd, prophetic given the emphasis on saviors this past weekend, “Where are Clipse and Sonic Youth?” In my dreamy alcove, I’m still trying to crawl out of Lisbon’s warm nest, breathing as if my gills have just evolved and oxygen is something fascinating and new, and it’s only when I look down that I notice somebody has dropped Achso in my lap. Lisbon is so amazing; Lisbon is so emotionally exhausting; would this be the remedy for my flat-lining, horribly insufficient, Playthroughs-tattooed heart?

It’s not a “BIG” album by any means; it is, however, incendiary, and a shot to at least one arm. Like KFW, like Lantern, and like the upcoming Charalambides’ A Vintage Burden—my treasured nocturnal soundtracks—Achso’s blueprints detail a big concept with internal execution. Villalobos makes house (my one Easter prayer: Lord, deliver Ricardo from the limits of “genre”), but the four tracks on Achso are built on the same techniques of complex narrative composition that have been so prominent this year. Consequently, with his more etherrific cousins, Villalobos here joins a lineage of trans-genre artists able to sustain coherent stories/languages over long durations of sound, including minimalist greats Terry Riley and Steve Reich, electro-pioneers Manuel Göttsching and Nurse With Wound, more recent experimental work like Autechre, Oval, and Aphex Twin, and all your Philip Glass fetishes. These artists sound nothing alike; they are united by length, repetition, and cyclic structures. They get to the point of music by stretching its spare parts.

What makes Achso different is the way it internalizes and regurgitates those ideas into something far more utilitarian. Call this minimalist or deep house, it’s still infinitely danceable. Call this dance music, it’s still infinitely evocative. And I don’t mean this to sound like a Hornby-penned “Touched by an Angel,” where the categorically incomplete Mark has glib epiphanies about house music; I know Luomo and Herbert, among others, have tried to block both sides of this freeway, but Achso simply stops traffic. Everybody is already out of their car and dancing.

Image alert: a deep, transcontinental block party that sends the traversing paths that bind us belly-up under a sweating mass of bumping bodies. Those are the populist emotions evoked by this EP, even if a literal attempt to host this party would require some serious cigarette lighter adapters since Achso is yours to own only as a four-side vinyl monster. I won’t defend the move; I will, however, point to the way this EP makes that we-get-it-already statement an implication. Freed from strict track listings (I’ve listed them in the order they appear on the jacket, but those are numbered 8a, 10a, etc.) and digital structure, the format allows this thing endless permutations. Count ‘em how you want to: four songs + four sides = pick a side and crank this shit up. These tracks tie cross-purpose musical ideas and intensely-detailed production together into thrilling club tracks so that, moving or stationary, contemplative or carefree, the analogue noise will make your dreamy passage into its own world seamless. And the cover art, all abstract birds/flowers/hands on the front and inverted black-and-white outlines on the inside, acts like manic depression was the whole point. Just like with Lisbon, I have trouble talking about what all this sounds like, for in so many ways Achso makes me feel just as emotionally insufficient. Despite its safety hatch—if it overwhelms you, let it overwhelm your body, and not your heart and mind—the swift-fingered intensity of these four tracks is hard to quarantine solely in your knee joints.

The notes from my first listen-through are a feeble document, a futile attempt to catch just how many layers Villalobos blends into each of these songs. Consider “Sieso,” where he bleeds a rush of bass and drums into an initially hokey tip-toeing-through-the forest key-refrain that climbs the walls of the audio spectrum. He makes it seem like this brief respite is a tangent; instead, the constantly morphing melody darts in and out of the percussive twitches, shakers, and bass riffs, as those roots slowly realign to allow the keyboard riff to assert itself, full-bodied, as the main focus. Throughout, vocoders and percussive accents maul each other: a high hat slur sounds like a joyous “ye-yeah”; a thick explosive kick scrapes across the melody; at the mid-way mark, the piano, pinned down with quarter note kicks, speaks in tongues, rearticulating itself before it reaches your ears. The only legible line from my original notes: “This isn’t music. It’s surgery.”

The operating room only gets more crowded. “Duso” throws insane delay over guitar samples stolen from a lost desert-themed film so as to conjure up the undead bodies from a frozen lake of shuffling bass and kicks. Fire and ice aren’t just metaphors here—the production forcibly separates the two spectrums through tone, as if two separate songs by chance just happened through an infinite series of coincidences to match up at this precise moment. The play on separation and union makes this blazer even more immediate as it spirals forward, pushed by a noise somewhere between slurping and dice hitting a hard table cycling in the background; door hinges, laser surgery, breathing, buzzing insects, and books falling off tables rotate through the steady percussive beat.

“Erso” is the excited, drunk uncle; the oddest offering, it blends the vocal manipulations of Berlinette with chunky drum samples, a moogish bass program, a light tango synth pattern lodged in the background, and a descending, decayed line that meanders, perfectly in sync, with its propulsive colleagues. Somewhere around the 9-minute mark the drums go nuts in ways I cannot describe, except by referring to my original notes: “I have just discovered the meaning of percussion.”

And then, “Ichso.” Villalobos uses an ebow sample, but…look, I have an ebow. And when you first get one, you have no idea what to do with it. You rest it against your guitar strings, let them buzz and resonate, you might play hesitantly with some scales. That’s what the sample sounds like, like he invited a friend into the studio who had never played guitar before, never used an ebow, and gave her a guitar and told her to move her fingers around. And then he transforms it into this epic piece that, in focusing on our tentative relationships with technology and composition—on the point well before mastery occurs—suggests that the simplest things are the most beautiful, that some newbie guitarist struggling to sustain notes with an electromagnetic device can be easily translated into an epic and transcendental piece of art. It’s so simple in concept and astounding in execution and I want to run and hide, but my head is still bobbing, and…damn! This is the exact reason I didn’t want to write a full review of The Cellar Door Sessions. Every moment an essay, every movement a compendium, every song it’s own library.

I’m not even getting to the politics of this stuff. Villalobos’ flirtations with fascism in Chile, his upbringing in Germany…this sound is too dense, how could I even begin to parse the ways this speaks to communities, to post-colonialism, to the limitations of political structures, to the beauty of everyday life that resists and reforms and challenges those very structures? Because it’s all here, seething, calling us to revolt and change and redesign our personal and political visions, begging us to embrace dance and thought and feeling as the most powerful way to rage against such machines. All that, and the most powerful point of Achso is probably the most obvious and mundane thing: make music that speaks to hearts, minds and bodies. Which is again where the power of this thing has you at its mercy: whatever your use for this object, this cardboard package with two slabs of vinyl inside, Villalobos has got each and every one of us—and our hopes, fears, and desires—absolutely pegged. This isn’t a “BIG” album; it’s absolutely deafening.