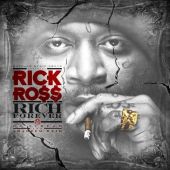 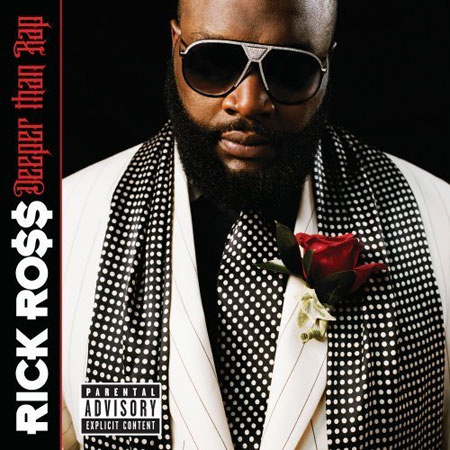 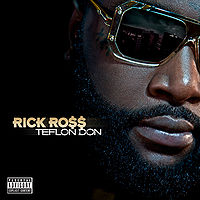 Rick Ross would like you to know he has sodomized women in Acapulco. Lord knows we all aspire to such Olympian heights, but in that admission lies the crux of the impotence of Rawse’s extensive discography: this is all pretty unnecessary. Excess is a signature trait of at least half of hip-hop’s best rappers these days—Gucci Mane has released eleven official mixtapes in the past three years; Kanye’s living in a Willy Wonka factory of his own creation; Weezy is excess personified—but Ross’ particular brand of narcissistic boasting feels strangely enervated in comparison to his contemporaries. This is puzzling because Ricky seems to have his shit together, mentally and professionally speaking. He consistently churns out well-produced South Beach rap with a glossy sheen to it that’s actually pretty distinctive, and Teflon Don might be the best permutation of that approach he’s ever released. Rawse’s main problem would seem to be that the music he assembles is often distinctively boring.

The most interesting thing about Rick Ross is the awkward insecurity that drips off him like so much fat man sweat. It seems like he’s espousing tales of how great his life is in a facile attempt to convince himself that his existence is akin to that of a Roman emperor. So yeah, sure, anal sex with a Cuban model in Mexico, but why are you infecting me with this factoid, Rawse? And that’s a particularly abhorrent example, but Teflon Don is riddled with boasts that are simple, declarative statements—not the kind that resonate, but the kind of douchebaggery exhibited by vapid rich assholes. When Weezy wants to tell you how colossal he is, he claims he could eat a star; when Ross wants to convince you of his immensity, he just points one of his sausage fingers at his Lambo. You can’t teach fly, but Ricky is living proof that you can’t purchase it either.

Ross also has a nasty habit of inviting guests to his party who promptly murder him on his own shit. Jay-Z (who’s really been bringing his A-game to guest spots lately) erases the memory of one of Ross’s best verses on the record with some slippery wordplay: “Bitch, I said I was amazin’ / Not that I’m a mason / It’s amazin’ that I made it through the maze that I was in / Lord forgive me, I never would have made it without sin.” And Kanye shows up “by unpopular demand,” his flow transforming into some distillation of planet-sized confidence, to outclass his colleague. Ross is lucky Gucci Mane and Jadakiss mailed in their verses or he was in danger of being a guest artist on his own project. This utilization of more talented artists certainly makes for a better listening experience, but it doesn’t bode well for Ross that he takes a back seat to every notable guest he recruits.

The conclusion I draw from these criticisms is that the problem with Rick Ross albums is, unfortunately, Rick Ross. The production, provided here by A-list beatmakers such as the J.U.S.T.I.C.E. League and No ID, is consistently smooth and slinky. The R&B hooks Rawse favors are equally enjoyable. Hell, even Ross’ voice is phonetically pleasing—he raps in a cool baritone that makes him sound like the gregarious cousin of Daniel Dumile. But alas, he’s a less successful Fat Joe, destined to merely be on great tracks rather than create them. So, Teflon Don, like all Office Ricky records, prominently features great production, enticing guest spots, and one mediocre star.