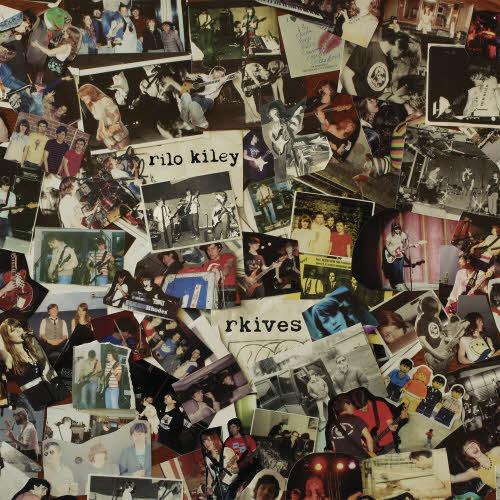 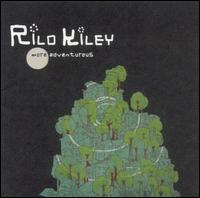 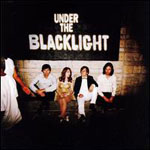 Under The Backlight is supposed to be an edgy, sexy album. We know this because there are photos of tired-looking drag queens and widowed bar-flies in the album booklet and because the titles hint at emotional turmoil, disenfranchisement, and sexual murmurings: "The Moneymaker," "15," "Dreamworld," "Under The Blacklight," "Close Call," "The Angels Hung Around." Unfortunately, these are the only reasons we know this.

Much has been made of Jenny Lewis and Blake Sennett's relationship fuelling the tension that lies at the heart of Rilo Kiley's sound. Odd, then, that this is such a sheeny shiny pop album. Or maybe not so odd, given the questionable choice of having it produced by Mike Elizondo, the West Coast rap producer. Yes, the beats are big and the sound is mainstream and commercial; however, the band sound restrained and uncomfortable, hashing out tracks that sound like Maroon 5 without the funk and -- unbelievably -- the Gloria Estefan-lite nuances of the chirpy "Dejalo." Charitably, this stylistic change -- a move away from the trademark country-tinged indie -- is perhaps a way of representing LA itself. On the surface it's shiny, beautiful, and happy; underneath it's all blow jobs, paedophile grooming, and porn. More likely that royalty paycheck from getting a few tracks on The OC was so strung with zeroes that the band is making a conscious effort to chase the dollar. And really, either way it's a cynical approach and this is what makes the album difficult to like, let alone love.

What is apparent is that Camp Kiley are giving ground to Lewis' solo success; they've given her the reins, and she's using them to lasso her way into the mainstream. I'd suggest we might see her falling out of cabs with Lindsay Lohan or guesting on a 50 Cent record in three years if she didn't sound so desperate for it as she does on some of the songs on here. Jenny's voice is still as clear as a bell but her usual lyrical strength has been beaten down to laughable wordplay. On the British Invasion-sounding "Smoke Detector" Lewis' innuendos are embarrassing: "I was smoking him in bed. Yeah, I was smoking in bed." On the lead single her delivery is so mismatched that I am unsure if "The Moneymaker" is about someone's genitals, their ass, or a new kind of savings scheme from my local bank. Not so much X-rated as PG-13. The rock posturing also sounds forced and slightly anaemic like a Chihuahua puffing itself up to take on a bulldog. The uncomfortable stiffness and inability to truly let go is certainly not just limited to Jenny Lewis. The band struggle most with "Dejalo"'s simple Latin rhythms. Clunky and unwieldy, it feels like salsa dancing on stilts. Even on "Breakin' Up"'s mid-tempo pop no amount of background singers, synthesised strings, or disco guitar chops can lift the song from feeling soulless and empty.

Oddly, it's when Jenny takes a back seat that things improve. "Dreamworld" is the sort of sophisticated and feather light AOR ballad that would not sound out of place from Phoenix or Cut Copy. Unfortunately, this is only brief respite from the showboating. Even on the intentionally tender moments such as the closer "Give A Little Love" I can think of nothing other than Jessica Simpson delivering these lines with her usual vacant stare under immaculate make-up. But could it get that mainstream? I can't help but think Lewis' lyrics on "Close Call" are not really about the porn industry at all: "You might get rich but you'll die by it"