Other Records by RJD2 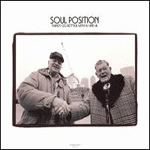 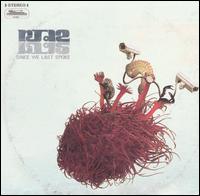 Since We Last Spoke

The biological indignities of adolescence all result from changes and adjustments that prepare us ultimately to assume our adult forms. Growing pains may be the most emblematic of all these indignities. Desirable change, like natural growth, causes pain and awkwardness when pursued too rapidly and ambitiously. Thus, adolescence may seem like taking one step backward, but prepares to take two steps forward in the future.

To fans and critics, Since We Last Spoke seems like a step backward from Deadringer, being both less consistent and less coherent. I argue, in defense of the album, that Since We Last Spoke is actually significantly more ambitious than Deadringer. Musically, RJD2’s entering his awkward teen-phase. He’s growing perhaps too quickly -- exploring all kinds of exciting new musical directions, from techno to pop rock radio fodder. RJD2’s ambitious experimentation sometimes produces brilliantly successful compositions and sometimes produces awkward missteps.

I can’t really discuss any overarching thematic elements or compositional strategies here, because Since We Last Spoke really does lack unity. The album switches gears constantly, moving jarringly into different styles with each and every track. RJ follows up his opener and title track (techno synth layered over top his tried and true hip-hop beats) with a lurching Hendrix-esque rock number. Instead, I’ll focus on specific songs that highlight the album’s strengths and weaknesses.

Track 9, “Iced Lightning,” may be RJD2’s finest moment, period. The song begins innocently enough -- a fairly simple, repeated synth hook drifting over top churning bass chords. The song quickly explodes, however. The bass-rumblings evolve into their own independent melodic element, interwoven with the repeated synth-hook, interwoven with a new bass-line and bombastic hip-hop beats. Over the next four minutes, RJ effortlessly adds and drops ornamental and melodic elements, stripping the song to the bones and reconstructing it again and again. All told, this song is more exciting, more melodic, and more complicated than anything else RJ has produced to date.

Track 11, “Through the Walls,” may be RJD2’s worst moment, period. Beginning with cheap and cheesy power chords and FM sing-along vocals, RJ randomly transitions into synth noodling, then back to cheesy power chords, then back to the noodling. Listening to this song, one can only imagine RJ sitting around in his boxers at 10AM, eating Special K, smoking a blunt, and combining his every random musical thought into one frustrating mess of a song. Again, RJ gets props for feeling out different musical styles. Here, however, his experiments result in the flattest and most incoherent piece in his catalogue.

Finally, though RJ experiments heavily on Since We Last Spoke, the fact that he does, at times, return to his classic sound bears mentioning. Track 3, “1976,” is a tight instrumental hip-hop burner, loaded with hooks, horns, and beats. With “Clean Living” and “One Day,” RJD2 revisits his Deadringer funk slow-jam material, ala “Work” or “The Proxy.”

In sum, the pains and awkwardness that RJD2 exhibits here, they result from ambitious change and growth. Full of peaks and valleys, finest moments and worst moments, Since We Last Spoke may frustrate or reward, alternating every other track. Without doubt, however, I believe that RJD2 will emerge from this period of frenetic creativity prepared to stun everyone with his third album.