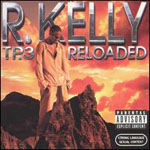 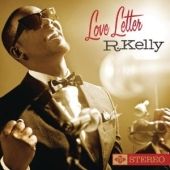 R. Kelly’s tenth album, Love Letter, may very well be the first R. Kelly album in a decade that doesn’t require a moral decision to like. It’s weightless—the perfect piece of fiddle-faddle from a clearly talented, deeply troubled singer and performer—almost entirely bereft of the puns, guest appearances, and perversions for which Kelly’s gained such fascinating and despicable appeal. Which isn’t to say that I’m forming a judgment as to how an R. Kelly music listener need respond to Robert Sylvester Kelly the man—that’s between you and your god—what I am implying is that Love Letter passes the ethical buck forward: without the overbearing weight of his vice, his voice, and by extension his music, somehow feels purer than it’s felt in some time.

Though, as Kelly recently told Will Oldham, Love Letter bears a substantial origin story Kelly’s never too busy to explicate, the existence of Love Letter is a better confession of where Kells’ head’s at. “I still feel like I’m alone at times—even if I’m in the midst of a million people. Because no one—including me—understands my mind, creatively,” he told Oldham. Despite his, I think, sincere artistic quandary, I don’t find him all that difficult to unlock: love = sex = music = love = sex and so on. When, in “Not Feelin’ the Love,” Kelly laments a dissolving relationship by remarking, as chimes signal a spotlight to throw his tear-stained face into relief, “Girl, we used to talk about everything / Like making love ‘til we’re old and grey,” it makes sense that his idea of “everything” pretty much involves fucking. But the quote’s revealing; here’s a man not isolated by the inscrutability of his talent, but by the magnificence of his self-delusion. Here’s a human man who calls himself a “sexasaurus” amidst child pornography allegations.

So, when Kelly believes that Love Letter is purposed as a vessel to “bring love songs back to the radio,” we know that love songs never left the radio, but we also believe he believes that’s what he’s doing. Similarly, when Love Letter is packaged as a concept album broadly indebted to classic ‘60s, ‘70s, and ‘80s soul, and explicitly tailored to such heroes as Sade (“Number One Hit”), Michael Jackson (for whom Kelly wrote “Not Feelin’ The Love”), or Sam Cooke (blistering closer “How Do I Tell Her?”), we also know that Kelly owes his whole career to the music he’s time-traveling amongst, and so claiming it’s a concept album about “love and forgiveness” is pretty much insulting to the concepts of love and forgiveness.

But, hey, dwelling on the moral implications of R. Kelly’s music feeds into the notion that his themes and lyrics are somehow intelligent enough to warrant facing that challenge. In other words, at this point—be it in this review or in life—you know whether or not you’re going to give this record half a chance. It’s actually a really pleasant collection of songs, and “Number One Hit”—which he performed, briskly and scorchingly, on Lopez Tonight Live last week, though it could’ve easily been something he spit out between shower and shit—is about as close to sexual wordplay as he gets, and even then one gets the impression he doesn’t think it’s a cheap pun, but a worthwhile thing to say to a woman, because, again: music = love = sex unto infinity. The record’s pace is creamy; Kelly’s arrangements are stubbornly unobtrusive; all focus is upon R. Kelly, the crooner, and per usual he sings as if he believes he has the loneliest, most singular talent in the entire world—which he does believe.

A few duds should’ve been excised completely: “Taxi Cab” is an unexpected breaking of character, a faux-salsa belch, melted over brimstone and delivered with apocalyptic portent, about fucking in a taxi cab; “Love Letter Christmas” is an extra-long duplicate of “Love Letter,” except with some yuletide twinkling, some inane, vaguely holiday-themed lyrics, and a cowbell solo (which isn’t worth it, no matter how that sounds); and Grammy-nominated “When A Woman Loves” isn’t terrible so much as it is just mostly stupid—“When a woman loves / She loves for real,” says Dr. Phil—backed by uninteresting lullaby-tested stock. Love Letter’s real winner is “Radio Message,” which actually furthers the record’s epistolary nature by smooshing the universal appeal of a traditional pop song about love with some genuine, wearied yearning on Kelly’s part. The song’s core is its chorus, and it’s a song whose running time is almost completely devoted to that chorus; “Come back,” he yelps into the void, while horns swarm, literally snatching and carrying his plea further than snail mail ever could. It’s a versatile little number, and sweetly, wonderfully grounded in the kind of emotions Kelly should be expressing, like, always.

Love Letter offers glimpses of an alternate universe, one where Happy People/U Saved Me (2004) wasn’t so bloated and calculated, where Double Up (2007) didn’t exist, where “Trapped In The Closet” expressed a smidgen of taste and dynamism—one where a man like R. Kelly can simply be enjoyed for his gracious abilities and his admirable drive. Instead, Love Letter is more like a respite, a detour from the beaten path we should just be glad exists, and something to cling to when the next porridge of jizz and tears, The Return of 12 Play: Night of the Living Dead, drops wetly on our heads.