Other Records by Rogue Wave 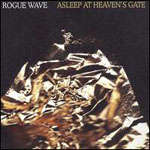 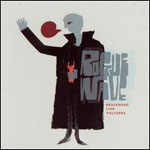 Because of the unfortunate necessity that with Ben Gibbard's voice must also come his "minor success just makes me sadder and more cynically nostalgic, apparently" poetry, I've been waiting years for a group that could take the few redeemable aspects of Death Cab ("Scientist Studies," mostly) and transform it into something more exciting, if not also more substantial. San Francisco's Rogue Wave seem like they could bring the end to my wait, and after spending several years in obscurity before Sub Pop finally decided to give their debut wider distribution, Out of the Shadow will finally get the chance to convince more than a few hundred people.

Don't get me wrong, though; it's not that Rogue Wave are just a Death Cab imitator that managed to get it right. Rogue Wave's frontman Zack Rogue is very clearly a devoted fan of nearly all forms of accessible indie rock, and the group's only real connection to DCFC would be Rogue's soft, sometimes fey vocals. Elsewhere, the record also exhibits the deceivingly simple pop hooks garnished with slight electronic flourishes a la the first +/- record, and James Mercer's ability to pull a great hook out of almost any chord progression, and Colin Meloy's flair for campy storytelling, and, as evidenced on album centerpiece "Endgame," an effortless channeling of Figure 8-era Elliott Smith -- all while incorporating the subtle synth arrangements of Self's more timid material.

So how could a group that could be fairly accurately described in a laundry-list style paragraph actually have anything new or worthwhile to bring to the table? Well, I don't know about "new," per se; though they spend a lot of time on Shadow making sure the three and four-chord progressions that most of the tracks are centered around have an intriguing, layered production (i.e. the instrumental shifts on highlight "Nourishment Nation," for instance, or the MBV-meets-E6 bridge of "Endgame") to give them some weight. But the key to Shadow's success really lays in the group's ability to pare down their music to the heart of Zach's deceptively simple songwriting, never over-embelishing or dragging out even a single section.

It can sometimes backfire, like on the poorly titled "Blackbird" rehash that is "Be Kind & Remind," or "Postage Stamp World" -- a concept piece with the closest Rogue comes to matching Gibbard's lyrical "prowess," along with constant reprise of the truly Dylanesque "You can all get in line / And lick my behind." It also has the most confusing arrangement here, mixing some beautiful slide guitar with what sounds like a piece of circular cardboard with a hole in it being waved over someone's head at a decent speed.

Far more often than not, though, their simplistic songwriting is the secret to the record's most impressive moments. "Man-Revolutionary!" (the perfect melding of Iron & Wine, Elliott Smith, and the Shins), "Seasick on Land" (the Rubber Soul influence on the instrumental bridge is unmistakable), and "Falcon Settles Me" (perhaps the best example of Rogue being able to sidestep around a repeated progression with some well placed harmonies), for instance, only rarely venturing outside a somewhat basic formula. "Endless Shovel" sounds like Built to Spill (to who the excellent opener "Every Moment," owes a considerable debt) if they had stopped fucking with song structures and decided to write louder versions of Grandaddy songs. "Kicking the Heart Out" and "Sewn Up" work on slightly larger scales; the former's melody recalls early Gomez if it were produced by Eric Drew Feldman, while the latter's charging rhythm guitar lines, stuck in the middle of one of their most crowded arrangements, falls much closer to Sebadoh and Stoned & Dethroned-era Jesus & Mary Chain.

The album ends with the anticlimactic "Perfect," and though it sounds as if it was meant to be what Circulatory System's "Forever" was for their debut (a short, repetitive piece of heavily Beatles influenced lo-fi dream-pop), its production sounds terribly out of place and its hook isn't quite as infectious. "Perfect" and the more-irritating-than-bad "Postage Stamp World" aside, however, Out of the Shadow remains one of the most promisingly straight-forward indie-rock/pop debuts since Oh, Inverted World.