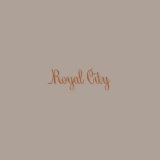 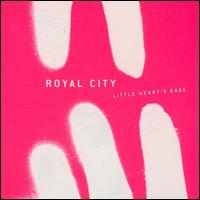 Living in Toronto for a couple of years will, without doubt or question, bring you three things: the overwhelming sense that you're not wanted at all times, a quick and life-consuming obsession with Amato pizza and indie concerts that will feature the opening talents of either Raising the Fawn or, if you're slightly less lucky, Royal City. Now, I fancied myself a concert goer in those years -- long before my long gray hair and shrinking frame made all but Jim James' monstrous quaff visible from those half-empty venue floors -- and, as the laws of nature clearly dictate, it meant that I've seen Royal City anywhere between two and three hundred times. In an effort to get this opening paragraph to a close before a "holy fuck did Royal City suck that night" tangent comes on, and there are many to choose from, I'll say this: I've rarely been more underwhelmed by a band that had been described, by several lying liars, as "good."

Now, this was all before I'd actually heard a note of their recorded material, which took several years and some powerful drugs to happen; yet who could blame me? Certainly not the many yawning during their opening sets (now there's a drinking game). But, like sweet sweet death, some things just have to eventually happen, and in this case it would be Royal City's Jim Guthrie (though, to be fair, he was never a primary songwriter for the group) -- whose Now, More Than Ever, released just last year, easily crushed Royal City's records on pretty much any scale you can imagine -- that would bring me (in metaphorical sense, of course) to 2001's Alone at the Microphone. And though I'm sure I'll cherish the memory of the first time I heard "Blood & Faeces" in a couple of dozen years, I felt just as unaffected as I did during the live shows I'd actually stayed awake for. I eventually tracked down their debut, At Rush Hour the Cars, thinking I had missed something again, but it wasn't to be. So the good news was that they weren't just playing terrible live, but they. . . wait, what was the good news again?

You can imagine that I'm probably not the most unbiased person to be reviewing this record. It's true, I don't exactly have a life-long love or in-depth knowledge of this group, and yes I did just compare listening to their records to "sweet sweet death." But what I do have is a set of ears and an innate sense of when music is truly and utterly boring -- which, if you haven't really been following along (who am I kidding, even I skim this shit when I re-read it), pretty much makes me qualified to cover Royal City. So here we go.

For fans of their previous records, you can feel both shame and comfort. Little Heart's Ease, outside of its more lush and detailed production (one of the finest moves they've made yet, actually), doesn't venture far from what they've long since been carving out as "their sound:" a middling mixture of Farm Aid-era Neil Young and the darker, less melodic side of The Byrds. In fact, much of the record could have been better produced b-sides from their previous work, save the fact that the group's frontman, Aaron Riches, actually gives us a few melodies to cling to this time around. "Few" being the key word.

Yes, as much as it kills me to admit this -- just as it hurt me to enjoy pieces of "Bad Luck" a few years back -- Little Heart's Ease isn't complete shit. In fact, it's probably their most immediate and consistent record to date, tossing in a few decent melodies along the way in an attempt -- a failed one, I might add -- to enter the slightly less crowded lot of mediocre country-rock outfits. Though opening cut "Bring My Father A Gift" really goes nowhere, "Jerusalem" -- sounding like it could've been on Now More Than Ever, with the notable exception of all the strings and such -- does manage to hit home with a loose and memorable melody, as does the atmospheric, percussion-heavy "Count the Days" and the Gram Parsons influenced "My Body Is Numbered" (which makes way for perhaps their most boring cut yet, "O Beauty").

Not surprisingly, the record's best moment comes when Guthrie steps up front. "Ain't That the Way" sticks out on Little Heart's Ease like a guy having a really great time at a Royal City concert, but its Simon & Garfunkel-by-way-of-The Byrds melody and incredibly breezy production meliorate both Riches' soft-rock attempts earlier in the album and the kind of intriguing arrangements that had made a few pieces of MIcrophone listenable (again, "few"). Of course, it's also the second shortest song on the record, quickly getting out of the way for "That My Head Were a Spring," more off-tune and banal acoustic balladry (it sounds like a Hayden b-side, actually) that quickly brings us back to the realization that this is, if we had temporarily forgotten, a Royal City album.

Generally, this record sounds much better than any of their previous work and it did, unlike Microphone or At Rush Hour, begin to grow slightly the third time around. So maybe that friend that went and got pizza during their opening act for the Constantines a few years back because he heard as he was walking in that Royal City would be opening up was acting too hastily. Maybe all those times they waltzed out on stage like a single fucking person in that Toronto audience hadn't seen them eleventy million times before...well, maybe we should've been playing closer attention instead of discussing how much Royal City sucks. Maybe every instance of me putting down this band since has been a grand self-fulfilling prophecy. Just maybe.

But shit, what do I care? Last time I checked, listening to mediocre bands isn't mandatory, nor is it illegal to make relentless fun of a band I don't hate nearly as much as I sometimes go over the top pretending to. And I've since moved out to Halifax to retire from doing stuff, negating pretty much any chance of them opening for, oh I don't know, whatever bands actually tour out here. Gob, probably. I think someone said some decent band might be coming around; they didn't remember who it was, but they said it was a pretty good band. And, with any luck, the Heavy Blinkers and Joel Plaskett will be the new "oh fuck, them again?" opening staples of this scene, making up for the lack of actual headlining acts. One can only hope.