Other Records by Sage Francis 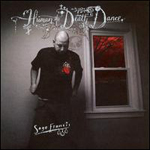 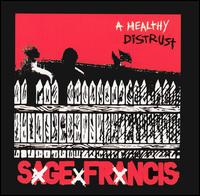 There are numerous ways to review things:

1) Compare album to back catalogue of recorded material (results in lower-than-usual rating for “just solid” album by artist who has released nothing but hits thus far);

2) Discuss in light of Opinion of Artist’s Potential (ie the low rating for the solid-yet-lacking album by one of the most enjoyably dense/rewarding writers making hip hop --- hypothetically, of course);

3) Critique based on what the artist’s contemporaries are doing and the “state of the art” at the date of album release (the perhaps-higher-than-it-should-be-rating given the “well, what the hell else is there to listen to?” sentiment);

4) Assess recording on its own terms, detached from its place in both the artist’s body of work and the given era (note: Stanley Fish says this is impossible unless you’re not really there, which I’m not. Oooooh.) This type of review assumes a pop culture bubble boy who’s never heard of Anticon or Sage or Epitaph or Public Enemy or Bomb Squad and who is thereby able to assess the music on gut feeling alone, without the weights and drags of a history or a context. This is also like the prosecutor finding a juror it likes for the Michael Jackson trial.

In any event, you will find this review features all four, possible or not.

Personal Journals (2001) is one of my personal favourites. And I’m still figuring parts of it out: finding new word associations; making new connections; trying to figure out why Sage loves his Mom so much but hates girls; why he loves Joe Beats so much but hates his Dad; how he knew to record himself as a rhyming seven year old; doing the Mothers’ Day Rap over a De La Soul beat; and how it would suck us even further into his musically-straightforward-yet-psychologically-bonkers work. So I’ll say this now: a good handful of pre-review listens are not going to be enough to accurately get a bead on exactly what’s going on with A Healthy Distrust, and I’m not going to sit here and give an uninformed hack-analysis of “Sea Lion” or “Crumble/Ground Control” after just a week of listening. I’ll do that for the arrogant, near-insulting songs instead.

Sage can obviously go back and forth between battle rhymer and just-tough-enough esoterrorist as easily as he can shift his cadence from chill on a Joe Beats loop to frantic on a Daddy Kev beat. On A Healthy Distrust his delivery has noticeably improved; more than once he flips Blowedian sing-song tongue-twisters with nary an audible struggle for air. If you’ve hit any blog over the past month you know how great “Sea Lion” is with or without Saul Williams and may have also noticed that “Slow Down Gandhi” plays like a squeaky left-wing bumper sticker rack (“Off go the dreadlocks / In comes the income”; "Middle class eliminated / Rich get richer ‘til the poor get educated”; “Republicrat, democran, one-party system”). I know hip hop is running low on intelligent left-jab counterpunchers, but that shouldn’t mean it’s safe for Sage to rap slogans from royal blue protest shirts and call it a song.

Heads have been flipping for “Dance Monkey,” and Daddy Kev does come with a fantastic boom-bap 3000 beat with chopped noise-jazz and gorgeously crisp snares (properly produced so they hit hard without making you blink like you’ve got a metronomed twitch). But on the hook we get that “Chocolate City” helium-funk-gremlin that’s plagued more than its share of should-be-fresh songs. Imagine the little kid from The Exorcist commanding you to “Dance, Monkey” in between lyrics that would have been funny to a hardnosed misanthropist cynic three years ago, but sound sour to those of us who refuse to be labeled primates just because we can enjoy music in the company of attractive people who aren’t mannequins. We’re collectively over that silly hate, right people? Regardless, Sage attacks a certain status quo (the Cult of Oprah) but his strokes are too broad and he’s bound to have the self-aware kids at his shows afraid to even bob their heads to this one.

“Gunz Yo” also shoots itself in the foot. Sage generously indicates how often the symbol of “gun” permeates a variety of our more-mundane everyday “symbols,” so jeez, reader, download the thank you e-card at the bottom of the review, ok? The most obvious association is his most prominent (he emotes “this dick is a detachable penis," which is like saying “this pen is a writing utensil I can pee with”) and the chain of signifiers essentially consists of him tugging his crotch with one hand while pointing at his temple with the other. Dance, monkey, indeed. Where’s the banana metaphor? Let’s unify this bitch.

The production is. . . goodish (I repeat: “WHERE ARE YOU SCOTT MATELIC?”). On the messy “Slow Down Ghandi,” Reanimator lifts a chord progression from either Michael Jackson’s “Smooth Criminal” or Madonna’s “Spanish Lullaby” song (this particular track has been described as “unlistenable” by more than one of my CMG brethren). On “Buzz Kill," however, he’s redeemed by one of the best album-openers I’ve ever heard: frantic synth sounds, Bomb Squaddish schitzo-fuzz, panicked strings, banshee guitars, the damn thing is so dense, complicated, and streamlined that it’s overwhelming and beautiful; it may also be the first time Sage has ever been overshadowed by a producer. The second is “Sea Lion," Alias’ best beatwork since “Watching Water." Pay attention to the skittish hi-hats whenever the bass kicks are taken out: it’s a glitch triumph. And Will Oldham’s performance makes a joke of the similar, until-now-dope collaboration between Ben Harper and Gift of Gab on Blazing Arrow.

Joey Beats donates yet another twee-but-endearing Is Dead-era beat, but that’s on a skit. The underused Controller 7 contributes a rhythm-heavy piece (“Agony in Her Body”) that progresses nicely -- its rattling, scurrying percussion sounding like a pitch-black pit that Indiana Jones just fell in. I think Sage uses this song to get into his issues with lust, sex, and reproduction, or maybe gonorrhea. Didn’t he once say “Life is a Sexually Transmitted Disease?” If he didn’t before, he does here.

Finally, “Crumble” and “Ground Control” are each others’ evil twins. “Crumble” is a sad, sleepy piano loop for 75% of its duration, and Sage whines accordingly. The beat eventually wigs out with train-track drums, leads into an 8-bit folk vocal sample, and grows a sparse, throbbing percussion section punctuated with artfully-pitched emergency-signals. Sixtoo’s one of the few producers I know that can make magic out of this arrangement (“Ground Control” shocking us out of the nap induced by “Crumble”), and Sage rides it beautifully while glutting again about girls maybe, relationships quite definitely, and old/ex friends possibly. If I read an essay that said “Crumble” is about a breakup, and “Ground Control” the aftershocks (the self-addressed lyrics read: “Some chick in your mix you couldn’t level with, headless horseman?”) I’d say “ok, yeah."

But, then again, given Sage’s recent criticisms of Buck 65’s tendency to need a female hand-holder (“I can’t hold your hand”), the fact that Sage mentions “Cancelled Flight Blues” and broken promises (Rich cancelled a show they were supposed to do together without advance warning), the “headless horseman” could easily be everyone’s favourite mule of the moment, Rich Terfry (Sage quips: “Ground Control to Lost Soul, come back Lost Soul”). The fact that Sebutone Sixtoo does the beat pinches the nerve a little more. Whatever the interpretive case, the album’s production is too uneven and Sage often too impenetrably self-indulgent (how could he see Buck’s ass from inside his own?) for me to want to invest time in the dot-connection that that made Personal Journals so rewarding.

In any case, that’s the review. And now that I’ve given you enough genius shit to think about while you involuntarily scratch yourself with a loaded index finger, I’m going to go kiss my reflection for a little while and then smash the mirror and blame it all on my girlfriend. Peace.