Other Records by Sam Prekop 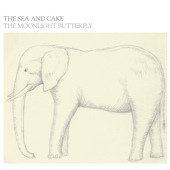 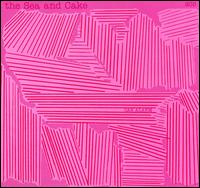 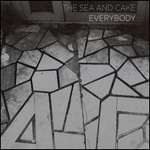 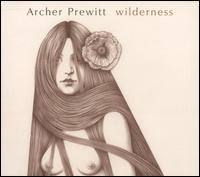 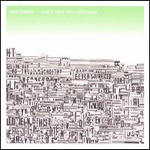 Who's Your New Professor

Sam Prekop, founding member of Chicago “post-rock” stalwart Sea and Cake, is a revered piston in the notable Windy City scene, and, as such, carries the weight of his architecture. Now that Prekop’s second solo album --- apart from SaC and his earlier band, the Shrimp Boat --- has crawled into the soft spotlight, Who’s Your New Professor is being trumpeted as a more focused, song-oriented approach to Prekop’s 1999 eponymous release, which wandered loosely through bossa-nova and something I’ve heard described only as “jazzed out.”

And these things, this structured approach, is pretty much true for the sad wisp that is WYNP (whose acronym even sounds fey). Even so, for an album that so delicately captures a sweet, drugged mood and so delicately spreads the thin euphoria over forty minutes, “structured” and “focused” seem just as lacking as Prekop’s cloudy falsetto has a tendency to become.

In the veins of fairness to the artist and incomprehensibility about how deep this record actually goes, I have created three metaphors to choose from to describe Sam Prekop’s new little wonder. 1) A mobile layer of molasses that quietly covers the walls of your den over the course of a Stanley Kubrick movie; 2) The white noise of a lawnmower two blocks over that must be a neighborhood kid or neighborhood company earning cash on multiple lawns because the noise seems to peek and recede, getting closer and then backing off; and, 3) a massage with a happy ending.

1) The thing about molasses and Stanley Kubrick
Tracks like album closer “Between Outside” do little on first listen, offering Prekop --- who sounds more confident than ever in his hushed pipes --- dunes of cymbals, a chirping electric guitar, and the faintest trace of a bass drum beat. “Little Bridges” pickles like the sleepiest of the Sea and Cake, Chad Taylor’s simple and steely percussion following the lead of a graceful wah-wah pedal and Prekop’s vocals, which skip in repetitive loops, framing the sconce of a chorus. Without exerting too much effort or concentration (existing more in passive absorption), further exposure to these retro soul bundles turns out entirely fascinating suggestions. Like the furiously wrangled strings that paste an introduction for the cymbals over lighter bongos as “Outside” slides to a bit of keyboard and Prekop’s murmurings about “two long days.” Or, in “Bridges,” when the pauses in Josh Abram’s bass work drop out and in with brilliant prediction.

The chemistry of WYNP’s arrangements is mathematical and fatly natural. This accounts for a warmth so effortless that the melodies seem incomplete, and, at times, shiny and innocent. Then, it’s all wrapped around you, and you think to yourself, wow, if I watched that again I bet it could get intense.

2) Sound of sunbathing on a city block
And whereas Kubrick films and sugar water sound like winter, sometimes Sam opts for a less patient shuffle through summery rhythms. “C + F” sizzles, then what could be handclaps almost erupt and Prekop’s guitar establishes a slow burn rock. He swaps a Fonz sneer back and forth with his own higher, righteous background calls, the kind of dynamic that breathes its own lit cadence, something I’ve heard described before as “sexy.” “Dot Eye” fries on samba lightness, but only before dredging up burnt reverb and sharp passages of improvisation. It sounds smooth. It sounds patient and content.

That whirring sound that bakes inside city blocks and bolts through bricks and windowpanes when chewing up a rock or weed, that long din of mowing that doesn’t register until it’s choked and sputtering done, that’s how to measure the endurance of summer. It’s content to rev a few worlds over and simmer until you pay attention.

3) Something I’ve never had, I swear
And then there’s just something blatantly erotic about Who’s Your New Professor. The condescending sexual dominance of the title is just one part of that something. Prekop’s lyrics are discernible in spurts, and even then they seem offhanded and uttered in coital exhaustion. In “Chicago People,” an arpeggiated acoustic guitar is lathered by Ray Mazurek’s beautiful cornet. Prekop pushes his voice to new heights and it inevitably fizzles out. Buried deep in the calm ecstasy of each track are unsettling time signatures, the kind that make you feel unconsciously guilty for not following along. Ashamed for whisking through it all so quickly.

Rarely do any points in these songs break from a trance, and when they do, the spike is brief. Instead, the whole of this album is a great relief. From what, it’s not clear, and the hint of this anxiety urges the listener to a closer intimacy with Prekop. Now, that’s “sexy.”

So, Who’s Your New Professor is a lilting, schizophrenic ride through a cove of trees; or through rows of tiny buildings; or on a one-horse open sleigh. Sometimes this gets boring, when tracks lull and hunch into the next and Sam’s voice doesn’t do much to challenge the monotony. Sometimes it’s confusing to hear such graciously restrained music eventually show itself as meticulous, experimental, and deep, deep, deep. Well, not confusing. Refreshing. Admirable, too. Neatly subtle? How about devilishly accessible? Apparently I’ve given you too many choices already.