Other Records by School of Language 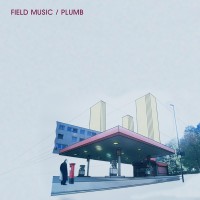 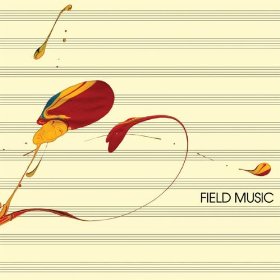 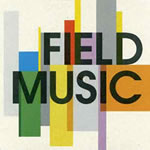 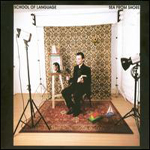 So it turns out that, with Field Music on some kind of semi-permament hiatus/transformation into a production company (seriously), David Brewis is free to do whatever the hell he wants. And, as a dedicated cipher for prim pop, you know that more than likely means dropping Field Music’s formula for exacting, intelligent, if slightly bloodless, music into a space slightly left of centre and not jettisoning it part-and-parcel into the void. Not too great of a change, and not too similar either, forget that Sea from Shore is a School of Language album; this is a Field Music album equal to their self-titled debut and, in some ways, maybe even superior to its follow up, Tones of Town.

Panning macro invites a larger discussion about laptop pastiche, as most of this album is of Brewis’ construction, enabled by accessible software but sounding much closer to a traditional band lineup than most of the oversaturated productions that excrete noisily from the Protools generation’s school of thought. But this isn’t an album for macro-heads and sociologists, it’s simply a late-2000s UK pop record with all the effortless hooks and thankfully diluted swagger and pomp that that entails. Sea from Shore is a natural, accessible listen from a songwriter who should probably be better recognized.

Forget, for the moment, that a cursory glace at that track listing— with its forgettable titles couched in multi-part “Rockist” visitations and masturbatory vocabulary—suggests compartmentalized clusterfuckery of Mars Volt-ian proportions. This is, somehow, an organic-sounding, very human album—one made possible by, rather than being about, the process by which it was recorded. The staggered cuts of phonetic percussion that open the album are quickly laid over with a gliding guitar line and big, prehistoric drumming. “Rockist, Pt. 2” is an instrumental that makes full use of the textural qualities of a kit—then of an acoustic, electric bass, and piano—by affording each their own space and allowing them to brush against one another only briefly before culminating together. The turns are ninety-degrees; the cuts are razor sharp; the production is seamless. It’s a display that seeps appreciation for the tools of the trade and, once again, makes an argument that the point of production tools is to enable the professional to do more by him or herself rather than enabling a lesser musician to do something at all.

“Disappointment ‘99” and “Poor Boy” round out Sea from Shore‘s exceptional and repeatable opening. The former offers spit-take noise and the crunch of overexposed drums (it should be noted that Brewis has got some chops behind a kit) and the latter the strict, contained beats and singular piano strikes of precision pop. Each surge with a kind of momentum strangely absent from much of Field Music’s Tones of Town which, for all its admirable degrees of technical skill and melodic prowess, rarely touched on anything resembling enthusiasm.

The album experiences a predictable turn for the slower, a dynamic dip preaching to the choir that sustaining momentum is only valuable insofar as your listener has patience to ride out endless hysterics or stylistic peacock-ing. Brewis sounds like an aged, established songwriter who has neither the time nor the inclination to indulge over-stimulated street teams. The closing duo of “Rockist” entries is redundant, sure, and some might argue it effectively reduces Sea from Shore to an album of just eight wholly original songs. But we’re on Brewis’ terms and, after only a few listens, we understand that his terms are those of a musical literacy. Its appearance from seemingly nowhere, and the apparent effortlessness with which it was dropped, pristine and meticulous, into our grubby paws might make it seem unlikely but Sea from Shore is an early candidate for 2008’s year end lists.