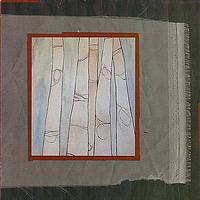 Clear as Day, the Darkest Tools

The point of this anecdote? To relate what I miss most about music: discovering it on my own. At the time, I was armed with yearly top 10s and Sounds Eclectic playlists with big circles around Tahiti 80 and Broken Social Scene. For years, I did my homework and reaped the fruits of my labor, filling two towers full of CDs I could be proud of. Then I got to college, and as the Flaming Lips told me a mere year or so earlier, “suddenly everything has changed.”

As one member of a circle of increasingly obsessive indie nerds with high speed internet and too much free time, the albums kept piling up on my hard drive along with lists upon lists of bands I’m supposed to like. It was just too much; there’s no way on Earth I’ll ever listen to the Death Cab back catalog. Over-saturation aside, I realized the real problem was that having bands handed to me was too easy. I missed the adventure, the unpredictability of seeking out new music. That’s why I was wary when one of my compatriots name-dropped some new picks for me a few months ago. Luckily he caught me during winter break -- a period of intense boredom if there ever was one -- and so Sea Snakes’ debut album, Clear As Day, The Darkest Tools, has quickly become my most played album of 2005.

The Sea Snakes, like my friend, are Canadian. They're the latest edition to the Three Gut pantheon (Constantines, Oneida, Royal City, Jim Guthrie), though they bear little resemblance to their labelmates’ earthier tones. The most direct parallel is New England’s The One AM Radio, whose A Name Writ In Water was an album of pristinely atmospheric indie-folk with soaring string arrangements and electronic overtones. Clear As Day, The Darkest Tools is similarly airy, full of brushed drums and interlocking electric guitars that serve as a bed for Jimmy McIntyre’s urgent upper register.

Clear As Day is an album about moments, its lyrical declarations of hesitance and loss as contemplative as the music that surrounds them. These moments range from the dreamy sax solo in “Black Phones"; the incongruous chorus of “Kid Don’t Go Big Song"; to McIntyre’s voice rising out of the strings and cymbals of “Firebugs At Café Eitelkeit” to sing “We couldn’t help thinking we should rush back in and pull as many bodies out as we could” before the music itself floods in and washes everything away.

Like A Name Writ In Water, the album uses similar instrumentation throughout, creating a feel of tidal ebbs and flows rather than one of distinctly isolated songs. The exception to this is “A Pall Bearer’s Calender,” which begins with McIntyre’s solo vocal before turning into a swirling mess of excitable piano pop. McIntyre’s voice is the band’s greatest instrument, as cool and clear as mountain spring water. He’s at his best self-harmonizing on songs like “Mafia Car,” backed by the trademark Sea Snakes guitar sound: electric and distortion-less, with just a hint of reverb. Sea Snakes are already precise, forceful musicians, and their debut album has a hidden strength lying just underneath its surface; a post-punk determination that separates it from its contemporaries.

Being the good friend that I am, I, in turn, have sent this off to my American college pals. After one told me, “hey, this sounds like Ben Gibbard!” I gave up. Still, my curiosity has been piqued. I absolutely cannot miss another album like this one, so I guess I’ve learned my lesson: as soon as I got back to school, I bought a new hard drive and called up my northern pal. Blame Canada.