1. We Are Missing
2. Telephone the Constrictor
3. Coyote Song 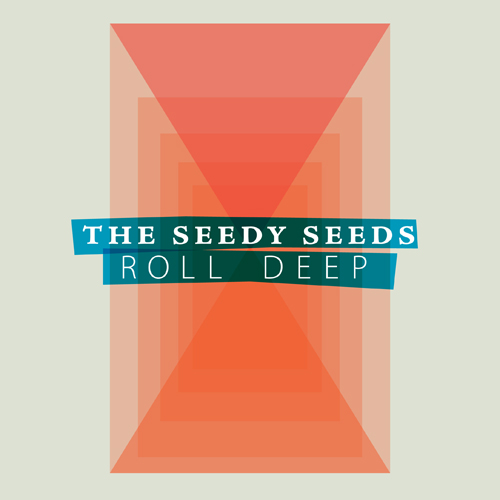 You’re gonna feel silly, guys. I felt silly last year when I first spun Cincinnati three-piece the Seedy Seeds’ convivial Count the Days, and now you’re gonna feel silly too. And the source of the little silly tickle you’re gonna feel in the nadir of your stomach’s lining is that you, like me, have missed something simple. But that’s okay because now that the Seedy Seeds have drawn it out into the synaptic flares of our attention it can instruct us in all of its “no shit” glory. To borrow a line from David Foster Wallace’s now infamous commencement speech “[I’ll] ask you to think about fish and water, and to bracket for just a few minutes your skepticism about the value of the totally obvious.”

I think this is what he was talking about. See, it turns out this whole time all you had to do to make good electro-folk—a white whale so much more often mangled in the pursuit than reeled, landed, and hauled onto the docks for passers-by to ogle—was to play an entirely expected Moog beat and a banjo at the same time.

So now you’re playing your garage-sale-acquired synth and your banjo—two different band members can do this, Owl City, I didn’t mean literally at the same time—and you sing yourself a little boy-girl harmony. Now, the next step is key because it’s really where the gears mesh on this perpetual motion contraption. Stay out the fuck out of the way. When your melody wends toward the tick-chomp-tick of the Moog you get out of its way and let it go. When the melody ambles a little over the jangle-babble-jangle of the banjo, why, you pick up your heels and let it carry you into the sunset.

I’m lying, of course. It can’t really be that simple to make good electro-folk. Then again, one could easily be beguiled into believing that it was that simple if she were to jam “Coyote Song,” the closing cut of the Seeds’ brand new 7”, Roll Deep. There are more elements here than just the banjo and the beat—a bluegrass fiddle whine, a honky-tonk piano clatter, a group chant of the chorus refrain—but all those elements have space to breathe and even to swing their elbows a little. The space gives the impression that these instruments are being played not so much together as at the same time. Yet there is rich interplay in “Coyote Song” and in the two other tracks comprising the tantalizingly brief Roll Deep. There is rubbing up against each other, there is tickling, there are some faux-platonic ass grabs.

All of which is loads of fun, and all of which can be attributed to an avowed and innocent simplicity; think fingerpaints, and think it in a good way. The Seedy Seeds, unlikely as their neophyte backstory makes it seem, have unearthed a sneaky little secret to lighting this music up: that the bounty of genre-mixing is very often not fusion but contrast. It’s the space that fosters the interplay. On both Roll Deep and the similarly excellent Count the Days that means winding up our toys and letting them run parallel, letting the points of intersection feel spontaneous and serendipitous like running into friends between bars at 1:30 in the morning. Time enough to beat last call.

Of course it doesn’t hurt that Margaret Weiner’s vocals are sonorous and nimble, at times possessing a deep Heartland twang (which is odd, because close as it may be to Ohio’s border with Kentucky, no one who’s ever been there would confuse Cincinnati with the Heartland.) Another boon is that the Seeds can swing unpredictably from Weiner’s more soulful stuff to bandmate Mike Ingram’s decidedly more glitchy and Gibbard-ish sensibilities. Again though, neither aesthetic tugs at the other to join it when it has the spotlight or makes a move closer to the middle on songs where its proper role is to play the backdrop. And that’s it. That’s contrast. That’s why Roll Deep has me checking the Seeds’ tour schedules, throwing its three songs on repeat while I play Geometry Wars, even considering a voluntary trip to Cincinnati. Or to put it as simply as the Seeds might: somebody’s got to sit on both sides to make the see-saw fun.