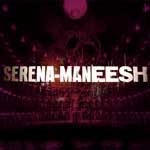 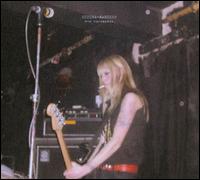 I recently attended one of My Bloody Valentine’s reunion shows, where I had some of my fears finally confirmed. Their performance was either an inhumanly mechanical reproduction of Loveless (1991), complete with off-stage tape loops, or a Universal Studios ride about as shocking as Backdraft: The Experience. There isn’t much more to say about it other than “it was loud” and “Loveless is still a pretty great record.”

Such is the blind ally of shoegazer music: any band hoping to build upon or complicate that still-perfect pattern that Loveless provides is set to blaspheme upon a sacrament of indie music; any who reproduce it, even MBV themselves, end up boring. That their forthcoming third album / reassembly of decades-old ideas might be an inherently flawed affair may not be the best thing for Shields and Co., but it’s probably a good thing for the genre. Imperfection is, after all, the room into which inspiration moves.

For now, there are few bands to have made a dent in the genre since it was ostensibly conceptualized and perfected in one stroke. I can think of fewer still that even openly call themselves shoegaze, willingly exiling themselves to that maddeningly static cul de sac rather than combining the style with something more contemporary but similarly textural. Serena-Maneesh, or more specifically their self-titled debut (2005), may represent a solitary spike in the monotonous cardiograph of the genre’s wait for Shields to come out of retirement.

That album was produced to skyscraper height; principle songwriter Emil Nikolaisen’s prog-metal background was evident enough; and with a genre whose roots are in punk chord progressions and volume (a Velvet Underground homage when you think about it,) Serena-Maneesh seemed the first to claim the complication ground for itself. In the stunted timeline of shoegaze the album is something of an event.

Which makes SM Backwards a document of some import, if not because of the band’s greater significance than because of the impact they’ve had in the confines of their musical biodome. Collecting 2002’s Fixxations and 2003’s Zurück EPs, Backwards is the band’s combinative nature distilled in halves; the former showcases their sunshine pop, the latter their noise experimentalism. Neither is an essential listen in and of themselves but both can be fascinating.

Fixxations‘ songs are of an instrumentalist’s pastiche mentality, subjecting themselves less to a central quality in favor of flavoring distinct modal shifts and re-scaling entire arrangements. Despite this complexity it’s also less prog than what one might expect, “Drive Me Home, The Lonely Nights” is as straightforward an example as any; big, clear guitar chords, bright cymbals and central melodies anchor the song in canonical territory. “Sehnsucht / Drag Me Upstairs,” meanwhile, declares that Zurück is, if anything, an attempt to hold Fixxations at arm’s length, encoding those melodies in deep folds of noise and allowing beginnings and endings to define themselves in a far less structured way.

Where the compilation loses itself is in its exhaustive nature. An update to the sound of older songs (albeit not much older) seems appropriate enough given how important production was to the scream and sheen of their self-titled album. The new mixes are also almost all indisputably superior to the originals. Which makes it all the more puzzling that the originals are included here at all, bloating SM Backwards to two discs where it might have been one and generally causing one to reach for the skip button. After all, does one need to listen to an identically arranged but aesthetically inferior version of “Drive Me Home, The Lonely Nights” just four songs after its new mix?

Nikolaisen’s potential as a songwriter is here, to be sure, captured in each song’s surprising transfer and fresh outlook. It’s just that the compilation offers a muddled thesis: not enough unreleased or live material to please a completist, too many superfluous duplications to please the merely curious. Which is surprising in itself: Serena-Maneesh is such a gestalt vision, I’m not sure if the echoes of a greater album’s ideas warrant such exposition.