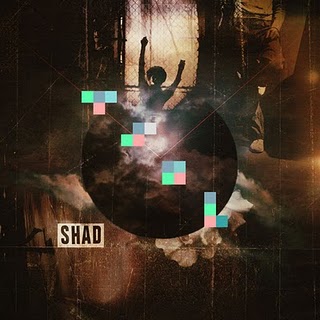 The music video for TSOL‘s lead single “Rose Garden” initially seems, like Shad himself, unassuming and underwhelming. In a single long take, Shad skips backward through a small-town alleyway, his actions mirroring the song’s lyrics—he brandishes a stack of bills while mentioning “cash prizes,” dons dark glasses when talking about the sightless, takes a quick nap on a curbside couch over wishes of laying in bed. It’s amusing, but it’s also nothing special, and from a technical standpoint (how weird, we think, that Shad’s mouthing of the lyrics is so out of sync) it’s way less impressive than, say, Spike Jonze’s video for the Pharcyde’s “Drop,” to which “Rose Garden” is so obviously indebted.

But then, midway through, a funny thing happens: the camera follows Shad into a wall, pauses briefly, and begins moving in reverse. Or forward, as it happens, which is how everything unfolds again. And now it all makes sense. Shad raps the second half of the song forward, in sync, and the actions which correlated with earlier lyrics backward now correlate with these lyrics in a different way—the “cash prizes” shower down on Shad while the hook sings of rain, lying on the couch aligns with a line about napping, two photographs you might not have noticed before show Gandhi and Hitler right as Shad mentions the both of them. Notice the envelope with the word “issues” stamped onto it; the first time Shad holds it to the camera, it’s to the line, “we still have issues to address.” It’s not until you see it in the second half of the video that you notice it’s addressed to Richard Branson, who Shad mentions right then and there. The overlaps and double-overlaps continue until the camera follows Shad jogging straight past the place where the video began, down another side-street, and up a steel stairway to a second-story apartment, where he finds a friend on the couch in his living-room watching—what else?—the video for “Drop” on TV. It’s almost too perfect.

I can’t remember an instance of a music video illustrating the appeal of its artist so clearly. It’s been said that Shad is rap’s “boy next door,” but as with “Rose Garden” that simplicity is a total misdirect. He’s modest and unpretentious, yes, but also spectacularly clever. It’s just that there’s nothing particularly showy about his cleverness; nothing is stressed or underlined because the wordplay thrives without it. Shad employs a lot of rap-writing’s standard conventions, like the always reliable “I’m [movie title] like [actor in movie],” but his specific points of reference seem weirdly esoteric: you get pretty standard pop culture fare (“Lost as Matthew Fox”), slightly more obscure and outdated stuff (“They’re in a league or their own like Geena Davis”), and lines I can’t imagine the average listener understanding at all (“They walked straight through the fire / Chaka Khan,” which: cool song, I guess?). And then you’ve got some amusingly nerdy references, like how Shad claims to be “making fans multiply like a coefficient,” or how he boasts that he’s “more Mac than ten tech geeks dissing XP.” Punchlines like these might be irritating except, importantly, TSOL never falls into the trappings of nerdcore. Shad takes his material seriously, even if the songs themselves aren’t always serious—the distinction being, I suppose, that Shad steers clear of irony and cynicism.

That lack of cynicism in particular has come to be known as Shad’s defining feature, and it isn’t always meant positively. I’ve seen Shad positioned as poster-boy for a kind of imagined “nice-guy” Canadianism, which is both unfairly reductive and conveniently misleading. It’s convenient because it gives the mainstream Canadian press an easily justified angle for “local content” cover stories—a small-town Canadian boy with a masters degree in Liberal Arts makes comparatively “nice,” “wholesome” hip-hop, unlike those crazy, women-hating gangsta rappers south of the border—and it’s unfair because…well, a whole lot of reasons, but beyond implicitly dismissing hip-hop on the grounds that it doesn’t reify traditional conservative values, it’s just straight-up unfair to reduce an interesting, well-rounded artist to a problematic cultural stereotype that he doesn’t even really comply with in the first place. “I hate the term ‘Canadian Rap Sensation’,” Shad says on “Yaa I Get It”; “I’m not Lil Wayne Gretzky.” Nope: he’s got Weezy’s penchant for lyrical idiosyncrasy but the comparisons to archetypal Canadiana, on the other hand, hold no water. If you’re going to force a geographic comparison, at least keep it relevant: he’s not so much Canada to Wayne’s America as he is London Ontario to Drake’s Toronto.

There’s an older Shad video that went viral a few years ago, a funny Fresh Prince of Bel-Air parody called “The Old Prince Lives at Home.” That video said it all, too: here’s an elaborate high-concept joke, executed meticulously but which looks totally effortless. Everything Shad does seems effortless, and that’s his ultimate misdirect: he’s such a competent writer and performer but you’ll never see him break a sweat. That’s why all of TSOL‘s highs and lows, from the light-hearted historical adventure of “A Good Name” to the more politically conscious “Keep Shining,” never seem too jokey or too self-righteous. He walks the line with ease—he does serious material well because he does so with great levity, and he does comedic material well because he takes it seriously enough to do it right. It’s never pretentious, showy, or fake-tough; it’s just Shad, doing what he does, and it sounds earnestly great.