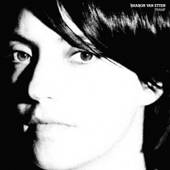 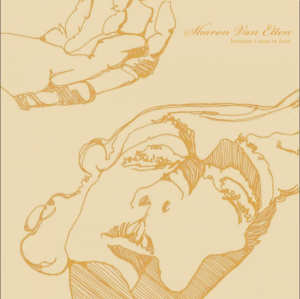 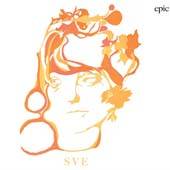 Where exactly do we get off calling some albums “intimate”? Are they the ones that make an effort even in their sparse confines to scoot over to make room for the listener, or are they the ones that simply pretend the listener isn’t there at all? Sharon Van Etten’s gorgeous debut album Because I Was in Love (2009) makes me think that it’s usually a combination of the two: it was an album of bedroom folk that seemed to put us in feverishly close quarters with its voice and guitar but then refuse to look us in the eye.

Other albums have played us like this before (which is to say: acoustically), but what made Because I Was in Love such a stunner was the distinctness of Van Etten’s voice. It’s at once husky and fragile, wavering and powerful—a voice big enough to house a whole dysfunctional family of contradictions. Accompanied by just quiet, ethereal minor chords that unwound in arpeggios like smoke-rings, it was almost too easy for Van Etten’s voice to remain the record’s uncontested focal point. So in the spirit of the title’s winking lowercase e, epic‘s defining sleight of hand is that it’s somehow able to retain that intimacy and vocal nuance, even though in most of the songs her voice is now contending with a full backing band.

Sharon Van Etten wrote epic alone in a basement; she says this in interviews and she says this in the first song. “A Crime” is composed of the same humble materials that made up Because I Was in Love (voice, guitar, and handful of second-person pronouns), and within the first few seconds it’s apparent that something’s up. We’ve never heard Van Etten strum a guitar this brutally; we’ve never heard such physicality in her voice; we’ve never felt her looking us this squarely in the eyes. “Never let myself love like that again,” she sings over and over in the refrain, her voice determined and strong, like it’s ready to do battle with the basement cinder block walls and maybe win. The whole track gives off a sense of confinement and fortifications, as if she’s finally built a space in which she can say whatever she needs to say, loudly, and we’re right there to stand in for the person it’s directed to. Or maybe we’re just there to listen.

epic stands in starkest contrast to her earlier songs when it employs her backing band, which features vocalist Cat Martino, Meg Baird from Espers, and Jessica Larrabee from She Keeps Bees. The elements of “Peace Signs” build like gathering thunderclouds: a pounding kickdrum, dissonantly jangling chords, and Van Etten’s voice, hardening into an ever blunter instrument as the verses intensify. “Don’t Do It” smolders in a similar fashion, and its penchant for ambiguous pronouns has become a trademark of Van Etten’s songwriting: “And you want to do it / If you want to do it / You are going to do it / Even if I don’t want you to.” Van Etten drops into songs without introduction or exposition; it’s often our job to fill in the particulars about the “you“s or “it“s.

Upon the first few listens, this whole approach can feel maddeningly vague and maybe even detached, but then you realize the complete opposite is happening—the anonymity makes everything that much more intimate, that much sadder. But Sharon Van Etten has broken our hearts before, so the most surprising moments come when epic gets actually our feet tapping. The Nashville barroom swing of “Save Yourself” is an unexpected highlight. It’s great to hear the sometimes-wilted voice of Because I Was in Love overpower a twangy guitar to sigh, with more than a hint of sass, “You’re just like everyone else.”

Perhaps the most amazing thing about epic is watching the whole—all the brute strength and cinder block walls—dissolve over the span of its final five minutes. Or maybe the dissolving actually happens in the instant her voice cuts through the mournful harmonium drone that opens “Love More.” “Chained / To the wall of a room,” she sings, the first word prismatic like a dying breath. I’d venture to say that that single word packs more of a punch here than it does over even the entire chorus of “Hey”; Kim Deal and Frank Black’s call-and-response celebration of that most intimate prison sentence becomes, in Van Etten’s mouth, something wholly transcendent. Her voice is now strong enough to raze everything else to the ground, strong enough to say, “It”—yeah, that anonymous “it,” that shit that’s too unimaginably terrible to call it by its proper name. “It made me love more.” Her voice, in that moment, is a transformative force; it’s the most powerful song she’s written yet.

And that’s the great thing about epic: it’s not out to rely on all the familiar signifiers of intimacy, the ol’ voice-and-guitar shtick. The record builds a whole new feeling of intimacy, and it’s a ravishing enough record to, in its final breaths, break free of its own confines. Sharon Van Etten is fast becoming a formidable songwriter, one with a voice that can turn sorrow into something even more commanding than sadness, a voice that’s always figuring out new ways to wedge itself deeper under our skin.