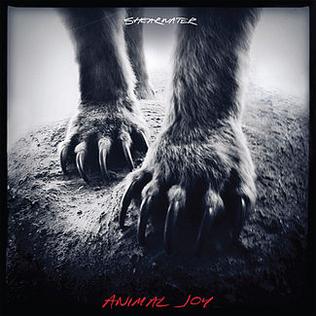 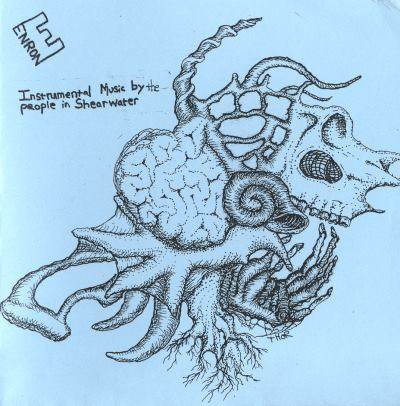 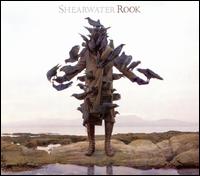 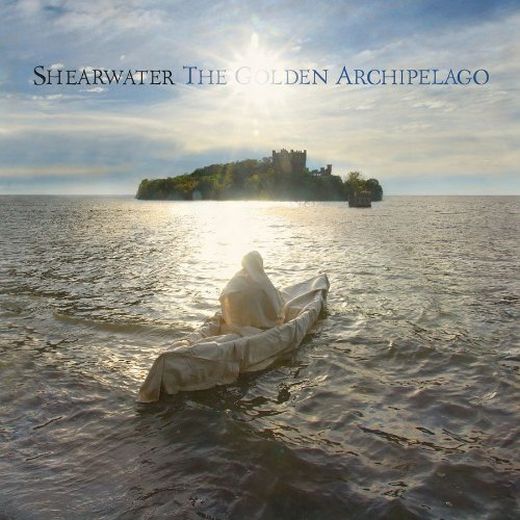 Jonathan Meiburg finds in the tiny Micronesian atoll of Bikini such a close affinity with his own personal obsessions that one can somehow find a way to excuse that utopian plenitude which graces the cover of The Golden Archipelago. This is an album which, even in title, suggests an overabundance of imagery and meaning that paradoxically causes the whole project to revert back to a kind of naïve awe. Still largely uninhabitable after numerous nuclear bomb tests in the ’40s and ’50s (and only given the pathetic consolation prize of having a burgeoning fashion trend named after it, a phenomenon which makes the whole thing a weird cross-section of Cold War culture), their national anthem haunts the opening of “Meridian.” While most anthems serve as autonomous assertions of strength and permanence, theirs is the complete opposite—presumably written just after their exile—lamenting the loss of paradise and the fragmentation and restlessness of their displacement.

Its last line, as translated in the first page of the “Golden Dossier”—a series of photographs and documents from Meiburg’s own travels throughout various archipelagos—might as well be part of a manifesto for what Shearwater have come to represent: “My spirit leaves, drifting around and far away / Where it becomes caught in a current of immense power / And only then do I find tranquility.” On The Golden Archipelago, the band seems calm in moments of turmoil and vice-versa: the plaintive restraint that opens “God Made Me” serves as a forecast of the burst of distortion that follows, which in turn seems to exist solely to return to a hushed reverence for Meiburg to whisper the title, barely intelligible.

The “dossier” might be no more than an exceptionally crafted lyric book, but at the very least it suggests something beyond just the music—including, but fortunately no longer exclusively limited to, ornithological metaphors. Rather than just documenting remote islands, Meiburg sets out to uncover the assimilation and exploitation of these areas: one spread contains a list of rules set out by missionaries attempting to “civilize” a group of Aboriginals in northern Australia during the 1950s, which reads like something posted on the mess hall at a summer camp, even going so far as to refer to grown men and women as “boys and girls.” The set of documents acts as a kind of esoteric archive of Meiburg’s journey, one that subverts the Foucaultian conception of the archive as a method of subjection and control.

For those who scoff at the rather recherche mannerism of Shearwater it may seem like a trivial distinction, but Meiburg’s lyrics and images have never reflected on nature without simultaneously examining how humanity tries to master it or set it up as a benevolent utopia—both ultimately doomed expeditions. His world is not an untouched paradise, but seemingly one in which nature thrives in the spaces left after humanity has come and gone, like the demilitarized zone between North and South Korea, or Bikini Atoll after the nuclear tests were abandoned. On “Uniforms,” a song that could have been an outtake on The Final Cut (1981), Meiburg turns this into a command: “Remove every mark / Down to the waterline / And with your arms at your sides / Turn homeward.” On “Runners of the Sun,” he again sees the natural deterioration of the ordered and systematic world of the archive: “Just a mark / Laid on the map lines / To drown in the ocean’s rise / Or burn in a heat wave.”

The fragmentation inherent in the idea of the archipelago extends to the music itself: The Golden Archipelago isn’t near as raw as Palo Santo (2006), and it’s not as revelatory or climactic as Rook (2008), but it’s undoubtedly more unpredictable and diverse musically. The band manages to take the shifting time signatures of the “The Snow Leopard” and marry it to the apocalyptic tremor of “Leviathan, Bound” on “Black Eyes,” one of their best songs and proof that they’ve fully graduated into the kind of full-blown prog they’ve only hinted at in the past. The aching gossamer guitar outro on “Landscape at Speed” and the equally fragile strings on “God Made Me” show a meticulous attention to detail not found on previous albums. “Castaways” and “Uniforms” burst into loud sections but pull back at odd times, creating a drifting, impressionistic effect rather than a true climax.

It’s strange to think a record that takes fragmentation as a guiding aesthetic principle would be at the same time so refined, though I suppose it has something to do with how such a plethora of images and emotions inevitably end up weaving together into an exhaustive (in both senses of the word) tapestry. It may, however, point to a more practical problem. Beyond the issue of simply having a record that moves more laterally than forward—and if they’re going to be a proper prog band they need to get used to the idea of releasing numerous, quickly forgotten, painstakingly-crafted albums—it’s hard to imagine the reverence of a song like “Castaways” outside of a sanctuary, being so carefully composed to pull the listener from one emotion to another. Sometimes there are works of art that seem so complete, it’s hard to think of anything they can reveal past a certain point: The Golden Archipelago falls somewhere in that tenuous space, never able to live up to the power of its initial impression. It’s more the kind of thing that should be fully absorbed over the course of a few attentive, complete listens, then allowed to dissipate into the realm of a beautiful idea.