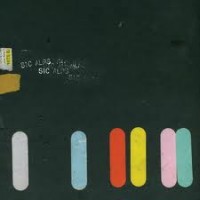 Through a handful of tricks, San Francisco-based Sic Alps has made Napa Asylum, their fourth record, feel like more of an event than it actually is. As a 22-track double album, as well as the band’s first release for storied Chicago label Drag City—a step up from former homes such as Woodsist and Siltbreeze, not unlike Times New Viking’s jump to Matador for 2008’s mercilessly tuneful Rip It Off—it’s easy to mistake it for something grand. But double albums aren’t usually well under an hour in length, and one listen will communicate that Napa Asylum is a big record on its terms and its terms only. Mike Donovan, Matt Hartman, and former Comets on Fire member Noel Von Harmonson are almost certainly smirking at anyone who comes into this expecting their band to deliver an Exile on Main Street (1972) or Sign O’ the Times, (1987) or whatever, really, so long as it was long enough to fill more than one slab of vinyl.

Napa Asylum is a garage rock dirty bomb that feels completed to varying stages, an alternate-universe Bee Thousand (1994) without the onslaught of hooks that makes Guided By Voices so approachable and immediate. It oscillates between explosions of noise and shrapnel that serves to stitch those bursts together, creating a feedback-laden funhouse; songs sit alongside ideas for songs, and abrupt fadeouts, rather than cutoffs, create some of the album’s most jarring moments, obliterating any defined notions of what a conclusion is.

This chaotic production becomes apparent immediately. Album opener “Jolly” works a distressed harmony into the titular refrain as vocals come almost hard-panned from the right, mixed alongside an upright piano mic’ed from whatever the hell distance they felt like and drums that practically flutter in and out of the left. The almost Jandek-ian acoustic guitar and voice stylings of “Eat Happy” are accompanied by screeching guitar, a trick that later repeats itself on “Ranger,” before a chorus reveals itself as almost clean. Things don’t get much cleaner, really, than “Cement Surfboard,” which recalls Deerhunter’s reworking of classic pop tropes as it moves between a skeletal verse and the closest thing to an expanded, pretty chorus we’re going to get here (though the whistling in “Do You Want to Give $$?” comes close); what could be the song’s bridge drops dead through one of those aforementioned fades. Though the parts here never seem completely disparate, they often come close, bordering on sonic anarchy and then shying away.

Alongside the very prominently mixed vocals (which distort, waver, and sound almost on the verge of snapping to pieces), guitars take precedence over virtually anything and everything else, putting emphasis on extreme high end. On “Trip Train,” Earth-like drones propel the song forward through the start-stop percussion, building to a cacophonous solo that threatens to tear the paint off of entire city blocks in only a few seconds. “The First White Man to Touch California Soil” is borderline apocalyptic, combining hard-pans and speaker-blasting noise with a pop sensibility.

Ultimately, this is a traditional double album in that it sprawls aggressively, though it does so slyly. Between its more overtly pop moments, the band knocks out fractured country (“Ball of Fame”), explorations of negative space (“My My Lai”), and dissonant collages (the 35-second “Wasted at Church,”), all of which breeze by too fast and sound too much like the rest of the album to merit skipping.

Napa Asylum isn’t exactly a crossover success waiting to happen; this is far from a perfect album, or even a pleasure to listen to from start to finish. Initially it can seem homogeneous and perhaps gimmicky, using noise as a crutch to distract from the quality of the songwriting. But—in part thanks to a welcome sense of humor, one reinforced not just by the concept of this as a double album but in its song structures and even in its lyrics—over time Napa Asylum reveals itself as remarkably cohesive and more than willing to cede points of entry every few tracks. Still an exhausting experience, sure, but one that’s often thrilling, and well worth the effort it requires of us.