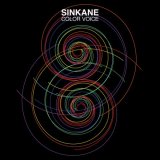 Ahmed Abdullah Gallab, a.k.a. drummer and sound-maestro Sinkane, makes music comfortable in its homelessness. Gallab himself has communal ties to Sudan, Brooklyn, and even Columbus, Ohio (guess which one his family fled from), so his debut record here is littered with an assortment of cultural markers, all of which the music drifts above like so much haze. Strange that Four Tet has just put out his own four track release because I was gonna call Sinkane’s Color Voice “Weather Report for the Four Tet generation.” That would have been highly inappropriate, though; this is fusion only as a means of diffusion, and in the dispersing particles we have the refraction of light—which creates the “color voice,” if you will.

You could call the “light” the shimmery oscillation that runs from beginning to end of this record, the waves on which the Microphones’ tugboat probably chugged. The four tracks of Color Voice are thus linked and perhaps inseparable due to the way they ebb and flow out of each other. Opener “Thick Device” is a little too aptly named with its gooey synth washes and guitar picking made billowy thanks to no-doubt-glowing effects pedals. It’s neo-Vangelis, essentially an effective enough intro into the title track with a miscue in Alfie Ciccone’s backwards electric guitar riffing, which changes the track’s character of inertia from outer space weightlessness to being suspended in a vat of cheese. But then the guitar cuts out and we have a supple bass line and Gallab’s stellar drumming (he drums on tour for Caribou), a fluid and splashy run of riding that ride cymbal along with deft rolls and fills that rise only to fall quickly back into the tight splay of the kit. Enter chimes and horn skronk plus a brass accent of the still present synth loop, and “Color Voice” is suddenly hitting all your bop pleasure nodes in a very modern fashion. “Autobahn” introduces a more pumping drum line and almost fey vocals repeating a mantra about “singing all alone.”

And so the record moves effortlessly from six minutes of ambient to six minutes of jazz to six minutes of pop to the final twelve-minute consolidation of everything, “Drumps” chopping and processing the drums so that it sounds like Gallab is trying to industrialize his music. It seems a playful acknowledgment of current indie trend towards factory assemblage of genre parts because this is mostly a warm and organic record, shiny not from polish but because its meat is cased in fatty skin. The flip side of such bound wholeness is that none of these tracks work particularly well on their own—too interdependent on the ingredients that each offers to the full meal—so it’s a good thing that we’re only talking a half-hour sitting. Then I question whether it wouldn’t have been better for this to be released as one track; then I question that question with “but what of the commentary this album achieves through being split into four parts?”

What commentary exactly am I talking about? I might have to make too much shit up to delve into that. Maybe I just find it important that there’s a track titled “Drumps” as it indicates the way Sinkane is toying with music’s language. The name Sinkane itself gives “sinking” a pronunciation that takes on a character of ascension. And if I were to play pin-the-theme on the ass of Color Voice, I’d probably suggest that it has something to do with the notion that the direct communication of utterly self-contained ideas is necessary and easy enough but—to the chagrin of the abstract painter who delivers a block-color canvas—it’s not art. In fact, my copy of the Color Voice CD has artwork showing how such information is typically captured accurately enough by soulless mechanisms, from a seismograph’s sketch of something as powerful and big as an earthquake to the beeping intimacy of a heart monitor. The CD’s artwork is art, though, by assigning color and associating the different lines together; meaning and beauty are expanded by the harmonious overlapping of these sine waves, these simple truths.

This focus finds Color Voice playing it simple with its primordial loop and its unfussy melodies and flowing drums, all laid side-by-side and allowed to conjoin through sheer parallelism. Gallab casually escapes genre strictures and the potential threat of his own cultural confusion through music as an act of blithe zen. So at moments it sounds like he doesn’t take things far enough, and the guitars often come off as a bowl of too easily digested noodles. Also, for a conceptually ambitious album Color Voice at first sounds aesthetically slight; in truth, however, this is a slight album only in that it shies away from grand gestures and meditates on the depiction of one pure artistic thought as a dense composite of different colors.