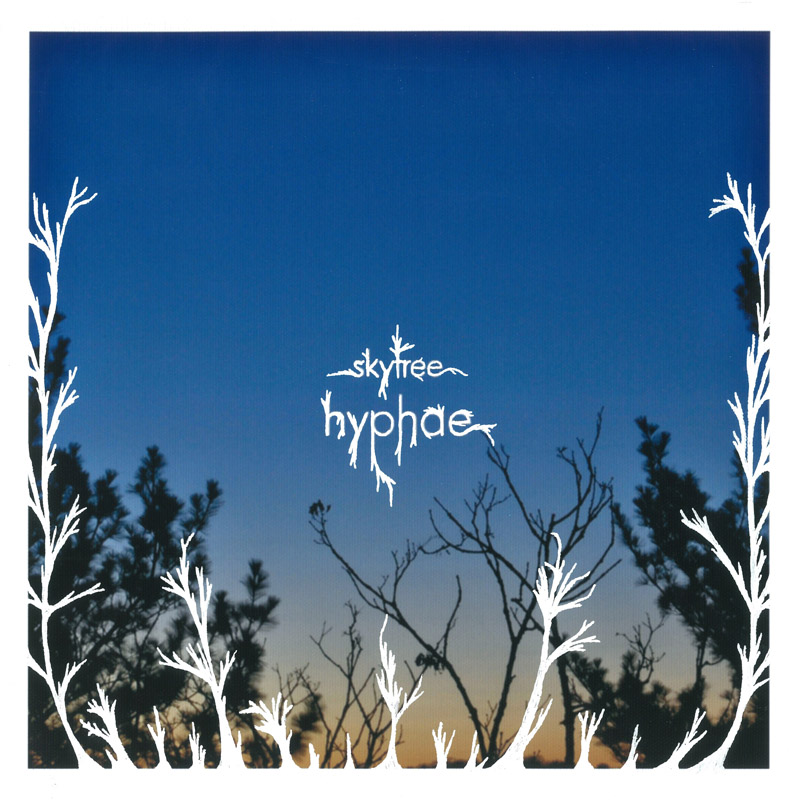 Combining cutting-edge electronics with the sounds of Mother Earth is a gamble—and a gamble that’s not attempted often, fortunately. When the two worlds align it takes a certain tapped loner to get the balance right, and certain tapped loners are a rare breed, new ones birthed twice a decade, maximum. In 2006, a straggle-haired Scotsman called Frog Pocket quietly secreted Gonglot, a brain-dicing mix of breaks and Gaelic instruments, and a record that was as comfortable blowing holes in drill n’ bass zones as it was nestling in the peace-pipe of that psycho who lives in the Thames. Folktronica, as listeners dubbed the genre, was a sound that was tough to prosper in, as murky and confused as the greenery that spawned it. You follow the Last.fm recommendations in the hope of finding Eden; you plant your foot on a solid brown patch and sink to your hip in sewerage.

However: new decade, new bunker-dwelling hermit with an ear for the two frequencies. Evan Snyder has been a folktronica undergraduate for seven years now, frantically looping degraded swatches of guitar and keys over cheap drum machines. That’s what his press release says anyway, though I wouldn’t be surprised if the rustic Minnesotan hadn’t been doing some more organic trickery alongside it too, like filtering his piss through handfuls of sand or learning how to isolate cloud types. Snyder has an ear for wildlife that would make Sting seethe with embarrassment, and has littered his debut for Boltfish Recordings with as many exotic outdoor noises as he can record and safely play with. Perhaps “littered” is too strong a word, as there’s nothing messy about Hyphae‘s delicate engineering: the whole thing is like a trailer for keeping the planet in good order, the production so crisp that sub-zero mist rises off it.

I always thought operatic organic electronica began and ended with Thin Films’ Eskimo (2004), but Snyder is apparently just as gifted, fleshing out backwards rattles with some spirited digital riffs. If you ever doubted that IDM could sound autumnal (how could you?), the proof will confront you on “Blue Verve Vein,” where Skytree merges snail shell effects with a meat-eating grime delay. As if that wasn’t bad-ass enough, he then adds an acoustic guitar signature set to rap speed, and vocals so icy they’re in danger of detaching and becoming an environmental news headline. It becomes very quickly obvious that Skytree’s experiments touch Leftfield’s level of originality—so good it killed them after two albums—but Snyder likes to put the brake on any urges to bring the house down, and is happy to work at his own sensible tempo: that of a well-prepared hiker.

That doesn’t mean hiking is boring, though, or that Hyphae is unexciting, or that there’s no chance of losing your shit to it; it might be cursed with the tag of bedroom music, but it’s a bedroom with Laserpods and windows with storm damage. In fact, bedroom isn’t even a big enough word: I can’t imagine hearing “Cheqamegon” anywhere other than tucked into an inlet on the Great Lakes. This is where the white man first settled in Wisconsin, and Snyder makes sure you feel every bit as dwarfed as those two French traders, the guys who found themselves greeted by Apache tribesmen with eyes that said, “Emigration papers?” Rain and Gaelic guitars seem to pay direct tribute to Frog Pocket here, particularly when that sick bass gesticulates and you’re swept up into the ritual antics. If traditional electro was built to psych oneself up while shirtless and surrounded by mirrors, tracks like “Cheqamegon” are made for following arrow technique, watching elders lace darts with frog sweat, and then firing them into a monkey. And this is all before they’ve started barking like Rutger Hauer and howling around the four-minute mark.

“Indigo Valley” shows Skytree’s slower side, but doesn’t trade in on the awe standards, continuing the “nature is everywhere” theme by fusing parrot craws with men playing didgeridoo. Oddly, the combination sounds strangely Scottish, and it’s moments like this where it’s obvious how hard Snyder’s worked to achieve his equilibrium. He can stack cave noises into a drum stutter; he can wrap freaky sitar around the sound of oars slicing through a pond; he can even mix harps into an almost-dub tempo. But what he does best is never once fall back into either of his parent genres—all-out folk or all-out breakcore—and instead manages to eddy comfortably in his self-made bolthole for a little under an hour.

The only folktronica fans that will have a problem with Hyphae are the ones hooked on the more violent fungi—the blinding, continent-splitting assaults that the jilted dabblers like to mess with. That isn’t really what Skytree’s about, and you get the feeling that Evan Snyder takes to the woods with a flask and Swiss Army knife, the pills and machete left at home in the drawer. The record he’s returned with is the kind of album you’d hope to find packed in your storm tent, particularly if you were without company and wanted something cinematic on standby (try “North Shore Cecropia” and its Apocalypse Now opening, Vietnam replaced with stellar fog). Even the remixes at the end touch on what you’d want to hear if you were alone in the wilds—affirming bleeps, natural reed organs, but with sufficient machines to remind you that “human beings made this.” A lot of it you’ll wish you could erase it from your head and rediscover for the first time on a beach; a lot of it you’ll realise is so strangely versatile the beach could be anywhere you want it. Just don’t let it come on at random, particularly if you’re crawling around a loft at the time and “Rise Ohmic Colony” starts. You’ll be convinced you’ve got mice in your rock wool.