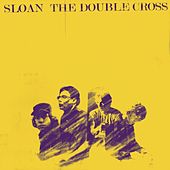 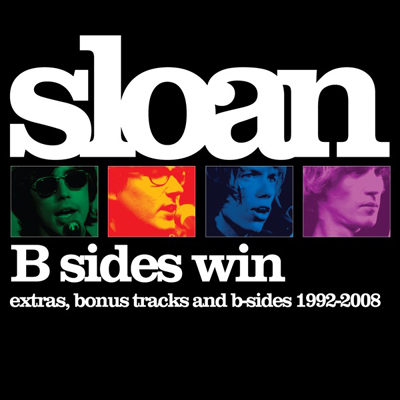 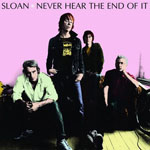 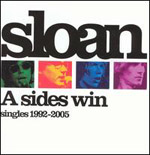 I live in Halifax, Nova Scotia. It’s the world’s second largest natural harbour, located on the lower east coast of Canada. We’ve got this hill that has apparently been (seriously) described as being “like Vesuvius over Pompeii, a smiling monster with havoc in its belly“ where we used to kill thousands (and now, host summer concerts), we had a crippling explosion in 1917 that took down most of the city, we don’t believe in Sunday shopping, we’ve got a huge problem with petty theft, substance abuse and compulsive gambling, and our biggest media export right now is a pseudo-documentary about trailer parks, drunks and weed. Oh, and (now) gambling.

Sloan were born here. They wouldn’t stay long after hitting it big enough to make the rest of the country care about Halifax again (like Mt. Uniake’s Buck 65 many years after their lead), but before heading west, they’d start their own label, Murderrecords, and release their own shoegaze-pop (and, later, albums by Thrush Hermitt, Super Friendz, etc.). Not long after they’d record their landmark sophomore full length Twice Removed, transforming the group into MuchMusic and Canadian college radio mainstays. It was even picked up for a release in the US on then shit-hot DGC (including their first — and, for some reason, only — Rarities comp, covering Eric Trip’s “Stove” and “Smother”), but it quickly bombed; seems most of the US didn’t exactly "get" Sloan, or, if they did, they just weren’t yet over grunge enough to care about four Maritime Canadians singing about concentrated OJ and pen pals.

So they try again with Removed‘s much anticipated follow-up, the power-pop juggernaut One Chord to Another. The record quickly landed them another three prominent singles — “The Good in Everyone,” “Everything You’ve Done Wrong” and personal favorite “The Lines You Amend" — on Canadian charts, but again failed to do anything down south (partly due to their American label going under, though I’m not sure it would’ve exactly rocketed up the charts otherwise). And then, on the heels of another failed entrance into the American market, they started to get sloppy — warning us with Navy Blues before hit-and-missing their way through Between the Bridges and finally coming to a near complete artistic halt with 2002’s gaudy Pretty Together.

By that point, Sloan had started to sound complacent, stepping into the shoes of a moderately successful singles band that, for this very reason, no one expected much from. And suddenly they just sort of were… there, playing some new song that kind of sounds like the last one, constantly taken for granted because their albums creep in like weak deja-vu. They hadn’t really surprised us with a single since "The Lines You Amend," and though they’d (somewhat) bounce back in 2003 with Action Pact, in big part thanks to lead single “The Rest of My Life," Pretty Together‘s damage lingered. A string of mediocre albums came to define the "new Sloan," and suddenly even a half-way decent record like Pact sounds a lot more appetizing than it actually is.

Thankfully, the release of A Sides Win (it is what it says: the group’s singles from 1992 to 2005) means you don’t have to go digging through that shoddy catalogue to care whether you love "Everything You’ve Done Wrong" or "500 Up" more, or start wondering out loud to anyone that’ll listen about Patrick Pentland songs being so different now. It’s just that as easy as Sloan are to immediately like and generally not hate on, they’re not the kind of band that wrote terribly consistent records (Removed and One Chord excepted). Especially when you hit those late ’90s releases — a portion of their career that spans the middling last half of A Sides; one that is entirely alien to their different-but-superior double disc concert release from ’99, 4 Nights at the Palais Royale.

Royale has the better tracklist, no question (lots of earlier material, some of their best non-singles, nothing after Navy Blues because that’s when it was released), but half the fun of A Sides is how quickly and concisely we can follow their evolution from mopey Halifax indies to charming, utterly harmless riff-rockers. The now distant lo-fi exuberance of “Underwhelmed” gave them their start on indie radio, they peaked not long after with cuts like “Coax Me” and “The Lines You Amend,” maintained that even when “Money City Maniacs” got a little too MOR, and started to jerk us around after that. “She Says What She Means” is one of their best, and “Losing California” was a much needed reassurance after Navy Blues, but its with Frosh-ed out tracks like “If It Feels Good Do It” that Sloan became clinical and formulaic; there’s none of the personality that permeates their best work, the lyrics are awful and the hooks fall flat.

“The Other Man” was one of Pretty Together‘s few good cuts, its backstory a beauty of Canadian indie folklore; as it supposedly goes, bassist Chris Murphy started seeing this Calgary-born singer/songwriter named Leslie Feist (whom you may know simply as Feist) — who also happened to be, at that same time, seeing this fellow named Andrew Whiteman from Broken Social Scene. Breakups go down, things get messy, a couple more people think Chris Murphy is an asshole, and then out comes this song about no one understanding “the other man.” It might seem awfully arrogant, but it’s also compelling in a way that a lot of Sloan’s recent material hasn’t been.

They also include a ridiculously comprehensive DVD (packed with videos, TV appearences and a bunch of random footage) if you buy the "deluxe package," and both versions feature two pleasant-in-a-"The Rest of My Life"-kind-of-way new tracks that don’t (!) sound like best-of toss-offs. Sloan have always been great to their fans, so it’s shouldn’t be a great surprise; it’s why I have this strange respect for that keeps me from outright saying "they sucked for a while there." But they sort of did, and though Action Pact is enough for some of us to lay naive hope on, I’m not sure it’s enough to keep them from another decade of "the headliner is…… Sloan?" instead of "the headliner is Sloan!" A distillation of some of their better material couldn’t come at a better time, if you think about it.

But OK, enough with the Sloan are great/Sloan are jokes mixed messages. I’m Canadian, I’ve heard these songs so many times they’re beyond overexposure and now fond nostalgia, but I realize there are people that, as strange as this might sound to some of us, haven’t heard a damn thing by them. If you haven’t, or just never got around to hearing as much as you’d like, consider this an essential release — a solid-but-flawed summation of, arguably, the best pop group to ever come out of Atlantic Canada.