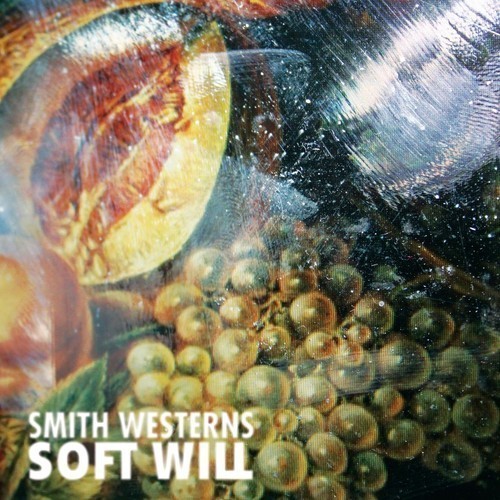 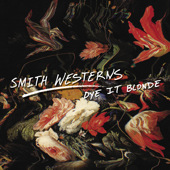 Dye It Blonde, the second full length by Chicago’s Smith Westerns, reminds me of the opening credit sequence to Todd Haynes’ glam rock love letter, Velvet Goldmine. Brian Eno’s “Needle in the Camel’s Eye” plays as a group of teenagers, clad in the requisite bellbottom jeans, platform heels, and glitter makeup, run through the streets of Manchester, giggling on their way to a rock concert. This scene may anchor its look and feel in a particular era, but its portrayal of a certain youthful giddiness, an eagerness to become a part of something larger, to belong and to celebrate, is universal. Of course, such glee that comes rolling in with a new musical moment will, inevitably, fade—particularly in the case of glam rock, a genre whose campy exuberance was often a vehicle for themes of drug abuse, sexual confusion, and social ostracism.

The Smith Westerns are fully keyed into that evocative glam rock sound, taking inspiration from both the originals (T. Rex, Bowie, Eno) and their mid-‘90s heirs (Suede, Teenage Fanclub). Dye It Blonde is nostalgic but not a rote reproduction—it has its own verve and personality. What’s funny and also kind of fresh about this album is its innocence; these songs forgo the darker issues glam wrestled with in favor of capturing that aforementioned exuberance. This makes for what sounds a lot like a T. Rex record with an early Beach Boys, bubblegum bent; fitting, really, since the kids in Smith Westerns are merely college-age. One can assume they relate much more to the teenagers in the opening of Velvet Goldmine than to its introspective, addiction-addled glam Titans.

Which brings us to the music: Dye It Blonde is a lush, rambunctious, and gorgeous record, through and through. I won’t waste many words criticizing it for being unoriginal; though guilty of the occasional starry-eyed homage, the Smith Westerns use their influences as a springboard to explore their own songwriting gifts. Max Kakacek’s earworm guitar leads are the backbone of Dye It Blonde, and a moment comes in each song when he takes his cue to explode with syrupy goodness. While “Still New” may veer a little too close in melody to Teenage Fanclub’s seminal tune “The Concept,” in other places Kakacek offers just the right variations in control, from the tightly wound “Weekend” to the woozy slow dance of grand finale “Dye the World.”

Though the guitar is what’s stickiest, the band’s sound is full and fleshed-out, mostly courtesy of piano and layered vocals. Smith Westerns fans will be immediately struck by how much the production on Dye It Blonde differs from the band’s eponymous debut. This most certainly wasn’t recorded in someone’s garage, and each instrument is afforded the depth and space it should rightfully get. Cullen Omori’s voice isn’t the most striking I’ve heard, but his breathy, boyish tone is suited to the album’s swooning style. His vocals are central yet transient; sometimes we lose track of them in the romantic swell of the band and sometimes we can’t hear anything else. “All Die Young” is a perfect example: it’s a dramatic, shimmering number drenched in a devastating, George Harrison-style guitar echo. Omori’s tone is joyful in spite of himself.

As a whole, Dye It Blonde could probably stand to relax a little. Save for a few low-key song intros, it’s a relentless bubble-glam assault, its drama dial turned up to eleven, every track tailor-made for a coming-of-age film. Still, with so many good hooks, I’d be loath to give up any. The one-two punch of “Only One” and “Smile” is particularly ingratiating, and the album’s relentless optimism comes through on the latter: “Love is a waste of time / But the sun still shines.”

Dye It Blonde draws to a close with the epic “Dye the World,” a fitting finale that sounds like “Free Bird” re-imagined by an indie rock prom committee. The song, like the album itself, is a bit intense, a bit nostalgic, and a bit obsessed with its heroes. But these are all familiar characteristics of discovery, of finding what one believes in and finding a way to be part of it. We can all recognize that feeling; we try to hang onto it if we can. Now let’s see what this band can make once post-college depression sets in.