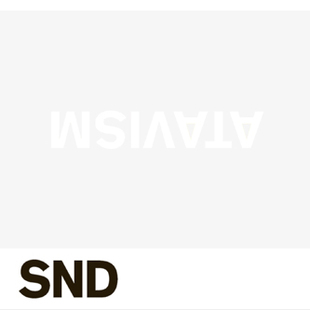 Using one hit, Mark Fell and Mat Steel spend the first two minutes of Atavism simply demonstrating one of the fundamental principles of dance music: repetition is important, but deviations from that repetition—breaking the pattern—is how you break tension and get the body engaged. The rest of “2” essentially plays out like a little text on the building blocks of dance music more than it does a foray into minimal techno, although simultaneously it does show off exactly why minimal techno works so well, even if the “dance” seems more counter-intuitive when compared to big sax-chomping house music. I mean, there are very few sounds here: that same hit, with it’s filtered opened and closed slightly, a clap, and a kick. There’s a lot of really brief silence, as well, which plays just as important a role: this thing grooves.

The really brief “1” and the longer “2” (I’m not entirely sure why there’s a track division) blueprint the rest of the album. These tracks do a lot with very little, and though at times the clinical, academic approach might seem to sap the energy a little, those moments are interesting, too: a funny tom riff that enters about halfway through “3” which seems like the first real attempt at evoking an emotional and not just mechanical response is then repeated to the point of making it mechanical. It’s like watching data trying to learn to be more human. Or, now that I think about it, Data. The palette is limited, percussive (those hits are mostly drums with effects more than actual synth sounds), and uncompromising. The tracks form a kind of long-view narrative that seem more like different interpretations of the same core ideas than easily distinguishable tracks.

The title suggests that this is all about returning music to its roots, and while this “let’s let the 1s and 0s have their own Westy Side Story” has been done before, even the limited palette SND uses gives a very specific character to this album. But there’s also something really interesting about this album being released at a time where cultural atavists like Animal Collective and Gang Gang Dance are going electronic to further their exploration of humanity’s past: Atavism sources an entirely different set of root components for music in the ugly box computers of 20 or 30 years ago. But there’s power there, too: listen to the way a simple filter shift during “7” totally opens up the way the track feels; the mood is entirely altered, even as the actual sequence is still just a bunch of blocks hitting you in the face. So when that synth blurp interrupts the riff towards the end, it’s exactly like an ungainly coccygeal projection. We may not need those anymore—and I’m sure there are all sorts of code bits computers don’t need anymore—but it’s still cool and pretty. Just like “9” is essentially built around SND’s version of a typical mid-seventies rock break; the very idea sends the track into a macro—well, by this album’s standards—exploration of cheese. Drums solos all around! And then “10” completely reasserts electro-dominance by reconfiguring the elements of “9” into a minimal dance track. This is what Darwin’s brain sounded like.

Is “mordial” a word? Or is the root “primor”? Either way, writing an album about evolution is always a funny idea, and the way “12” shuffles like angry fish trying to walk on land suggests that the evolved should find it funny too: “I wanna do the Charleston, but I’ve yet to develop a Dorsal fin!” And there are at least 16 factual inaccuracies in the previous three sentences, but that’s kind of the point of Atavism too: growing and evolving is a hard process; becoming fluid means abandoning your predilections, the lies we tell each other to make a mid-point within evolution seem okay. If this album is glitch (the band started out on Mille Plateaux, forever and a day ago) it only is so because it’s capturing all the shit that exists in the brief hesitations that come after we fail at being good humans, and we grow up a little. But not too much, which is why as “12” changes it doesn’t build. It just calms down. Right before “13” sounds like the entire population stuttering at once. Quietly. Alone. And yeah: I’m reading a lot into this sparseness, but it’s that type of music. It catches you at unawares, and suddenly you’re smiling and nodding your head. Whether you’re falling up or down the evolutionary ladder depends on you, probably. Or on the fact that “13” is both the longest and most explicitly obtuse track here. Maybe it represents the Dark Ages. Or the presidency of Ronald Reagan?

You may be wondering: why would I want an album so austere and obfuscatory? Honestly, I think this album is gorgeous in idea and execution, but you can put it on the Homotopy to Marie List Of Albums I Think Are Cool But Don’t Really Have Patience For In The Day-To-Day. “12” and “15” are pretty gorgeous tracks, but the rest are more…interesting. And fun, but maybe only a few times through. Or maybe not. We’ll see if I evolve…