Other Records by Sondre Lerche and the Faces Down Quartet 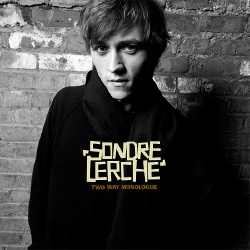 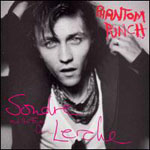 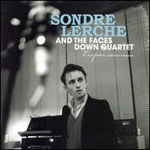 Sondre Lerche and the Faces Down Quartet

Indie reviewers tend to ignore jazz, in part because the heyday of the genre is half a century behind us (though the same could be said for post-Beatles rock), but mainly because great jazz standards are unimpeachable in a way that most rock music simply isn’t. As great as a song like Wolf Parade’s “Sons and Daughters of Hungry Ghosts” is, for better or worse, it’s a track that will probably never transcend its Wolf Parade-ness and pass into the larger songwriting canon. Cole Porter’s “Night and Day,” on the other hand, still sounds fantastic whether it’s sung by Frank Sinatra or Sondre Lerche.

Lerche has always been a likeable chap. His fey, nimble folk-pop ignored twee tropes and fell closer to the Burt Bacharach school of silly but sincere. Still, especially on 2004’s Two Way Monologue, something was missing: an edge, some kind of singular factor that would really give purpose and substance to his music. On Duper Sessions, he found it in jazz: thanks to the expert backing of his longtime band, now calling itself the Faces Down Quartet, the album is easily his best yet.

The ensemble comes out swinging. Songs such as “Across the Land” and “Once in a While” are brief with concise solos, with nary a note wasted. On opener “Everyone’s Rooting for You,” the band wastes no time in proving its jazz chops, dropping a tasty bass groove and playful piano chords for Lerche to embellish over. And that he does. While he never delves into scat, Lerche’s already quick, suave vocals fit perfectly with the band. Enunciation is given due attention (“the niiiight makes me feel so yo-uuung”), and while Lerche nods to his forerunners, his character is his own; he’s more Tin Pan Alley sensitive guy than Sinatra’s winking drink-in-hand Rat Packer.

Importantly, this is no dusty genre exercise or fawning tribute. Lerche does for Sinatra At The Sands what Richard Hawley did last year for September Of My Years, modernizing the jazz style of Sinatra and Fitzgerald with his own pop affectations in much the same way Hawley made string-laden crooning turn epic on “The Ocean.” The merger is clear on “Minor Detail” and the flamboyant “(I Wanna) Call It Love,” both of which incorporate pop guitar work and on-beat rhythms along with jazzier instrumentation. The latter is the strongest of the pop-oriented songs, with clever lyrics in the vein of Porter: “Can we dance / instead of walking?” It’s a doe-eyed ode that ends with the tiniest moment of uncertainty (the past tense line “or at least I called it love…”), making the naiveté sweet instead of saccharine.

Not every track is as memorable as “(I Wanna) Call It Love,” but none fail to be engaging. The album is imminently listenable, providing a brisk background as easily as it rewards a close listen. Three months into 2006, Duper Sessions is already the record I’ve listened to the most. These songs feel so natural and the style such an obvious fit that it’s easy to wonder why Lerche didn’t take advantage of his band sooner.