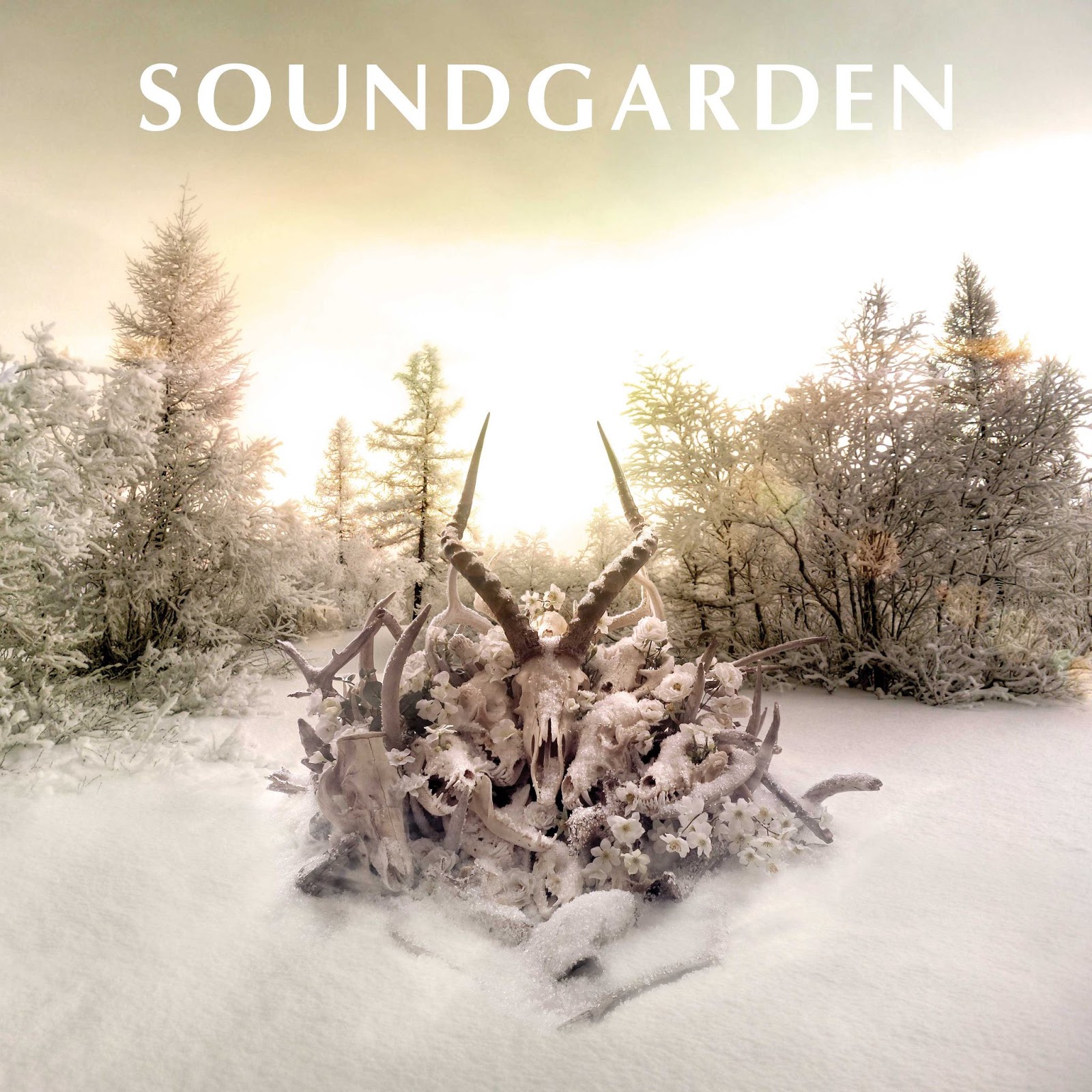 For several years, Mr. James Osterberg Jr., better known as Iggy Pop, represented the gold standard in rudderless solo careers. That was until Soundgarden broke up. Iggy’s transgressions prior to reuniting the Stooges were numerous: every note of his ’80s output; unironic attempts at Rat Pack-style crooning; Kate Pierson. But in terms of the unintentional laughter scale, dude still ain’t got shit on Chris Cornell. While it remains utterly unbelievable that Audioslave managed to release three albums, this probably tarnished the Rage Against the Machine legacy more than Soundgarden’s, Cornell lyrical nadirs (“You gave me life, now / SHOW ME HOW TO LIVE!!!”) notwithstanding. Less easily excused were the man’s three unlistenable solo albums, in particular his desecration of “Billie Jean,” the covering of which naturally enabled sensitive-rock brah David Cook to win Season 7 of American Idol. But as ugly as that was, it still didn’t prepare the masses for Scream, Cornell’s 2009 Timbaland collaboration. If one compares him to Mark Wahlberg’s Dirk Diggler character in Boogie Nights (1997), Scream was unquestionably the “trapped in a room with a freebasing lunatic and Asian man setting off fireworks” moment—how the fuck did it ever come to this? And much like Diggler’s final option was to beg his mentor Jack Horner for one last chance at redemption, one can imagine Cornell doing the same at the feet of Kim Thayil. It was a cry for help of the highest order.

But give Soundgarden credit. Though their 2010 reunion was supposedly designed to stir interest in their back catalogue while pimping their new website, they acquitted themselves nicely headlining Lollapalooza, and once again on their 2011 summer tour. Though the latter found them playing to half full arenas, and (at the one I saw) Matt Cameron playing every song a half-tick too fast, the effort was nowhere near embarrassing, and a solid testament to how well most of their songs have aged. Post-tour, Soundgarden seemed sincere about releasing new music, distinguishing themselves from cynical cash-in status (Pixies, yo), and piquing the interest of all mid-30-something grunge fanboys who’d be into that sort of thing.

Which brings us to King Animal, released sixteen years after one-time swan song Down on the Upside (1996), and a good twenty-four after full length debut Ultramega OK (1988). Unlike other bands that have released new albums on the heels of a reunion cash grab—the Stooges, the Verve, and Jane’s Addiction immediately come to mind—King Animal bucks the trend by being reasonably good. It is unquestionably a Soundgarden album, and far better than anyone had a right to expect.

It also sounds uncannily like it was released in the late ’90s, primed to go head to head in Mortal Kombat with Live’s Secret Samadhi (1997) and Pearl Jam’s Yield (1998) for ultimate supremacy on the modern rock dial. Veteran Seattle rock dude Adam Kasper was behind the mixing board on Down on the Upside, and he’s relegated to full producer here, all in the name of re-creating that dense, Zima-era sound emphasizing both Matt Cameron’s thunderous snare and Kim Thayil’s shrieking wah pedal. The gambit appears to have worked; place the songs on King Animal side by side with those on Upside, and a non-fan will find it impossible to distinguish which songs belong to each. As such, your enjoyment of King Animal will hinge largely on your appreciation of the former. The print media was not kind to Upside upon its 1996 release, the tone set by a considerably negative lead review in Rolling Stone back when people paid attention to such things. But it’s aged surprisingly well, an under-appreciated grower with a fascinating side-B heavily indebted to Band of Gypsys (“Tighter & Tighter” whoa).

To deride King Animal for doing little aside from re-creating the radio sound of President Clinton’s second term is missing the point. Nobody purchasing a Soundgarden album in 2012 expects anything other than ’90s comfort food, and King Animal does little to disappoint. The tropes are unquestionably familiar: careful listeners will note that the riff from leadoff single “Been Away Too Long” is merely a sped-up version of the one from “My Wave.” But the performance is ferocious, with Kim Thayil and Ben Shepherd seemingly elated to once again have a reason to wake up before 2:30. While Chris Cornell’s tortured wail is throatier, not quite what it was in 1994, his questionable words (“No one knows where the edge of the knife is! / And no one knows what intelligent life is!”) are exponentially easier to digest when Thayil’s (as opposed to Tom Morello’s) riffs have his back.

The band’s palpable enthusiasm makes it easy to excuse their use of prior formulas. “Non-State Actor” is the start-stop bulldozer in 7/4 that will surely have a future as Guitar World tabulature; “A Thousand Days Before” the vaguely Eastern dealie where Thayil’s guitar doubles as a sitar; “Black Saturday” the obvious pick for third single were this still the Buzz Bin era. The album’s mid-section sags a bit from less than inspired songwriting. “Halfway There” sounds like a leftover tune from a Cornell solo record, and while “Bones of Birds” clearly aspires to be King Animal’s BIG psych ballad a la “Black Hole Sun” or “Blow Up the Outside World,” it suffers from incomprehensibly bad lyrics (“Time is my friend / ‘Til it ain’t and runs out” wha?) and a fractured chorus that sounds beamed in from an entirely different song. Far better is “Worse Dreams,” an impressive showcase for the rhythm section in which an eerie bass line sets up both a dive-bombing chorus riff and Matt Cameron’s foxiest air drumming moment on the album. Despite the presence of Cornell’s atonal moaning about how bad dreams become worse dreams, it’s a fine kickoff to King Animal’s excellent three song end run.

I won’t argue that I wasn’t already pre-disposed to liking King Animal; I still have the last two Soundgarden records on my iPod and routinely share the lyrics to Superunknown’s (1994) “4th of July” on my Facebook feed whenever the holiday rolls around. But it’s still that rare reunion album akin to Mission of Burma’s OnOffOn (2002) and Dinosaur Jr.’s Beyond (2007): worthy of repeated plays and a good reminder as to why folks were bummed when these bands packed it in. Soundgarden are now as good a model as any for ’90s-centric bands releasing a quality album after a series of successful reunion gigs. Damon and Graham, get it the fuck done.