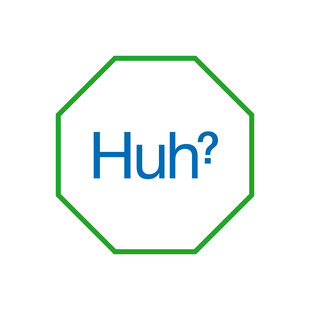 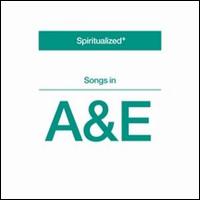 Even as a Spiritualized fan and a close follower of everything they release, I can’t help but feel that front man and principle writer Jason Pierce has become over-enamored with his dualistic examination of salvation and transcendence. This guy has been singing the same tune for almost two decades: get saved by Jesus or get high, but when (not if) you come down you won’t be left with much more than the long, cold stare in the mirror. Some might argue that this distinctly modernist alienation is still ripe territory, though mined thoroughly by the Spiritualized canon, to say nothing of Spacemen 3’s stratospheric searchlighting before it. But where Pierce progressed leaps and bounds was extending aesthetics, sequencing and dynamics beyond the densely wooded and tightly fenced hunting grounds of his lyrical thematics, be it Ladies and Gentlemen We Are Floating In Space‘s (1997) smart pharmaceutical packaging, or the stunning track lists of the Complete Works (2003, 2004) compilations—which, together, are a more gratifying listen than the last three official Spiritualized albums put together.

The stylistic pond-hopping of recent albums, misunderstood and taken out of their discographic context, has lead some to tag Songs in A&E with the unfortunate label of a “return to form.” The difficulties in Let It Come Down‘s (2001) recording process were numerous and well-documented; the stripped down rawness of Amazing Grace (2003), while exactly the type of album Pierce needed to make, was still a pendulum flung too far in the other direction for most of the listeners who had come to expect the heights of his cooking orchestration. And so, Songs in A&E gives us the grandeur of the former with the scaled-down arrangements of the latter, simmers blandly under a rote summarization of Pierce’s same binary approach to opening one’s eyes, and ends up sounding like Spiritualized’s best simulation of what they used to sound like instead of what they could sound like.

As such, Songs in A&E has the feel of recycled self-homage. Shameful, almost, given that the precedents for Spiritualized are numerous and varied. There’s rugged, dangerous character to be explored by making a more knowing album of modern spirituals (teasingly hinted at on “Stop Your Crying,” from the choir-heavy Let it Come Down) or, on the eve of My Bloody Valentine’s official comeback, an album of stylistic throwbacks to shoegaze, than to relive critically lauded best works. This is no accusation; no one with a work cycle as arduous and tedious as Pierce’s can be in it for a quick buck. But again, I return to the notion that Pierce’s (relatively) more playful comings and goings have been more unpredictable, sprectral but immediate, and ultimately more relevant. His stunning remix of Yoko Ono’s new wave toss-off of a hit “Walking On Thin Ice” testifies to that, and the interconnectivity of the remixed Complete Works hallelujahs in response. The well from which Spiritualized draws is a deep and dark one, a place of tumult and unrest and fractured personage, shadow play with one’s memories. But here is finally evidence of that theory transposed thinly over coldly, boringly unmasked nostalgia.

Pierce’s imagery has become as predictable as his themes. Salvation is counterpoised and, in turn, manifest in “fire,” an image well worth noting for its metaphorical richness, but the context in which this album appears limits the degree to which one can repeatedly appreciate its occurrence. If you didn’t get it on Let It Come Down‘s “On Fire,” here you have “I Got a Fire,” “Soul on Fire” and “Sitting on Fire,” which draw lines directly over the first. Repeated listening reveals that fire is often interchangeable with electricity, light, or any number of elemental placeholders. Amazing Grace was more immediately accessible, and discographically important; Ladies and Gentlemen more singularly textured; Lazer Guided Melodies (1992) and Pure Phase (1995) enjoy the privilege of having arrived first, and more unapologetically explored the chasms of haze that exist between classic rock and noise. But here the rock standard of “I Got a Fire” is less a knowing visitation of pre-canonical music history than it is of canonical Spiritualized.

The understandably much-ballyhooed byline goes that Pierce suffered near-death before the recording of this album, a gestation period that underlies the record with the turgidity of one’s mortality stared right in the face. What I see through that lens, however, is a scared, safe album. Again, this isn’t an accusation; lord knows how any might act if asked to shed that kind of harsh truth on their creations. But, from a listener perspective, twenty years of studying the fine line between transcendence and oblivion lays as informed a groundwork as Pierce’s recent hospitalization. Given the predictability of this track listing, understanding Songs in A&E in the context of Pierce’s traumatization is lazy thinking. There’s simply no evidence to point to the themes here as any more than redundantly familiar, and thoroughly excavated. And besides, most of the songs here were written two years before he got sick.

Songs in A&E does benefit from the periodic departures of the “Harmony” tracks, which provide the album with the feel for classical we already know Pierce has honed. Contrasting “Harmony” with “Sweet Talk,” a pared down and sparse trio of instrumentation, is more effective musicology than songs like “You Lie You Cheat” and “The Waves Crash In,” which the avid Spiritualized listener will immediately recognize for their slow decadence and lushly produced interpellation of otherwise habitual arrangements. But, to compare to a very different artist balancing a similarly heavy discography, Beck’s upcoming Modern Guilt, even for its flaws, is a much more savvy and aware stylistic shift, something simultaneously stripped down, simply arranged, and fresh. By comparison, Songs in A&E retains all of the weight of its self-imposed seriousness, its capital A artistic gravitas, but unfortunately leaves the uplift of invention to the memory of Spiritualized albums it so readily evokes.