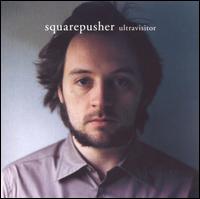 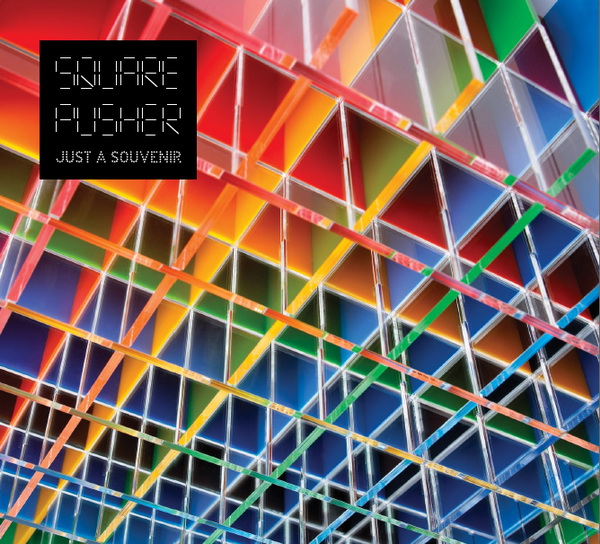 Squarepusher is, let’s admit upfront, challenging. The question, then, for each album is: is this a good, mind-expanding, try-and-keep-up challenge, or a frustrating, “where the hell is all this going” challenge? The balance on those scales tends to make or break a Squarepusher release. Hello Everything (2006) was a high mark, a succinct statement of intent from Tom Jenkinson in which all of the pieces fit, the tonal work all landing on satisfying resolutions, and the experimental ones earning their place with interesting sounds and ideas. Just A Souvenir, on the other hand, is something entirely new for Squarepusher: likeable, but little sense.

The material struggles for more definitive direction. Maybe the rough edges just mean Jenkinson is being raw with us, but after proving that he’s capable of more, much of Just A Souvenir can’t help but come as a letdown. “Star Time 2” is, accordingly, a pleasant opener, with all the right Squarepusher ingredients: fluid bass line, snot-drippy synth, twinkling chimes, the vibe of the future as seen through a 1970s concert hall, all check. Also present is are video game keyboard tones, as on 1997’s Hard Normal Daddy. These 16-bit tones are hard to make work, but it’s the bass that’s the centerpiece; as usual, Jenkinson’s playing is impeccable, incorporating slap, pop, and other accentuation techniques, while exploring octaves and scales at rapid-fire paces.

Follow-up “The Coathanger” isn’t bad, but it’s where we start seeing problems. Jenkinson’s voice, last heard on Do You Know Squarepusher? (2002), is back through a vocoder, singing a song about a coat hanger, of course. It’s a playful recipe straight out of Luke Vibert, and there are some more nice bass excursions, but the verses grate quickly. It’s sparse to a fault; I kept waiting for some kind of drum rushes to drop again, but that Squarepusher seems gone. The same goes for “A Real Woman,” a ditty sung from a silicon-based life form to the female object of its affection. It’s an enjoyable, conservatively rock n’ roll-tinged effort, but one feels again the palpable empty space that defines so much of the record.

The newest side of Jenkinson is his inner rocker, which comes through in blasts of fuzz and drum freakouts. “Planet Gear” is ground zero, all distorted bass and wild drums, dancing with spacey keys and, toward the end, chopped about by electronic edits. Like its predecessor, though, Just A Souvenir suffers from puzzlingly murky drum mixing. The listener can hear Jenkinson having the time of his life pounding the skins on “Planet Gear,” but one longs for the pop and boom of that percussion to be more forward in the mix. “The Glass Road” is a kind of cross-pollination of the fuzz and funk Squarepushers, beginning with another one of those video game/Benny Hill keyboard chimes. It’s interesting for to a point, and that point is three minutes in, when a noisy breakdown gives way to an extended ambient death interrupted by another relapse into overdriven rocker territory and stretching the track another four minutes.

The last category of tracks on Just A Souvenir is brief oddities, reminiscent of the “bolt” tracks on classic albums by the Black Dog. “Aqueduct” and “Fluxgate” are both contented plucks interrupted by electronic ephemera; “Yes-Sequitur,” the underwhelming closer, is just the plucking. As expected, it’s pleasant enough, but honestly not all that necessary, especially since Hello Everything proved that Squarepusher could make a more powerful statement by shortening his albums and making every second count more. At just under 45 minutes, Just A Souvenir is actually shorter than Hello Everything, but its uneven pacing makes it feel much longer, while at the same time certain tracks pass by without memorable melodies. The record is neither a failure, nor can I imagine is it a pisstake. No, this is Tom Jenkinson letting out his inner rock star, letting his guard down from the laptops a little bit more, and having sloppy fun. Shame, though, that it lives down to the expectations implied by its title.