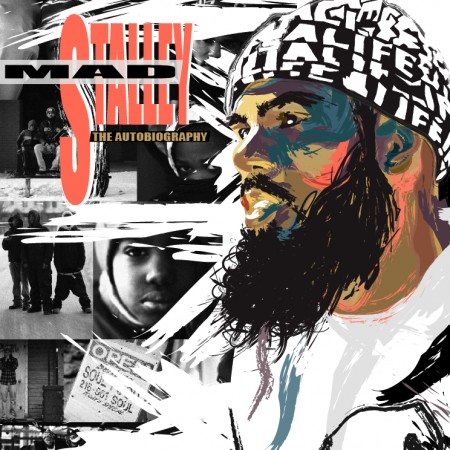 Stalley, he of the head-turningly not-head-turning cameo on Curren$y’s Pilot Talk, he who on said record drops a sort of late-runtime breeze-by verse that goes on a little longer than you’d expect, hits a few notes of emotional resonance that you didn’t quite expect (“Funny how a 3-hour flight can make your life change”), and then, finally, he who disappears amidst the permanent-weekend glow of that delightful record, he of the strange and not altogether flattering name: Stalley, which evokes both ill momentum and the word “trolley,” he whose beard straight puts Freeway on blast with its scraggly curtain of enlightened coils, this guy, whose 2009 mixtape I am now reviewing: Stalley, is from Massillon, Ohio.

The importance of this fact cannot be overstated. This is a medium-sized middle-class town about an hour outside of Cleveland that is up there with, like, Stockholm in terms of likeliness of having ever been mentioned in a review of a rap record. Massillon is best known for its prominent role in the high school football documentary Go Tigers!, wherein the city (and its preoccupation with football) is treated as a case study of American small town ideals. Declareth Wikipedia: “The population was 31,325 at the 2000 census.” You now know everything you need to about Massillon, Ohio.

Stalley, anyway, as mentioned above, is from here. He lives in Brooklyn now, but a) so does everyone else, and b) he’s not being all The National about his hometown: he fucking reps Massillon, Ohio. His primary lyrical slant is that of a Brooklyner from Massillon, Ohio. It’s his most vehement lyrical characteristic, this Massillon-ness: “Feeling like the Browns’ return in 9-9 / Where’s my dawg pound at?” he proclaims in his very opening verse, his voice pulsing with that distinctly Ohioan conviction that being a sincere Browns fan is totally non-embarrassing. (And it’s not, Cleveland. Holmgren!)

He is, otherwise, genial on a level that few rappers, except for maybe Q-Tip, ever achieve. On his literally career-making (at least for me) Pilot Talk verse he muses, “Long beard / You can tell I ain’t from around here,” and throughout MadStalley: The Autobiography he exudes the same self-aware sincerity. “Distant Land” is a remarkably low-key (check that woozy sax solo) rumination on the feeling of being in a new big city, thrilled by the possibility but impossibly lost and homesick. His is a Jay Electronica-esque sense of supremely modern ease on the mic, a casual sense of narrative that remains personal even though flitting gradually, almost haphazardly, toward larger topics: “I walk the block with a cold stare / A cold beer and stog’ behind one ear / Tall buildings in my rear, feeling like, yeah / I made it out my small town / I’m a big city boy now,” and then he falls into a cipher, raps his brains out, and his melancholy wonder comes to life: “Hit the hood and see how niggas move round / See if the blocks are like mine back in M-town / It don’t feel that distant / (...) Niggas all the same / How I pictured it / Six hundred miles away / Feels like I never left / ...,” with that ellipsis almost audibly trailing off into nothing. Stalley often lets his verses wander, his permanent Jay-Z-whisper-switch-up voice sounding quietly amazed at the things he sees, these beats we hear.

On which, I’ll add: That “Mad” in the album title nods toward Madlib, from whom all these productions were pilfered, and it is the best work bearing his stamp since at least the last Quasimoto record. (I mean that as a compliment: I loved that release.) The stupidity that punctures Madlib’s work so often, letting the beats deflate like popped balloons and remain lost in the clouds, feels here like quiet reverence. There is, let it be said, a lot of lyrical blank space here, a thirty-five minute mixtape with big sung hooks (“Stay,” “Sunrays”) and instrumental interludes (“Stay,” “Sunrays” again) that serve to only appealingly frame Stalley’s thoughtful verses. The drums, when they should, knock, and when they don’t do that they recede, just as Stalley does. It’s a lot of weed backed not with booze but coffee—high but wired, with no clear comedown, and steady of mind. As far as mixtapes go, it is brashly un-brash, and among the most focused I can remember.

A moral postscript, if I can. The mixtape is a year old. (Which explains the pro-Bron shoutouts—when will rappers begin excoriating him as coward, fool, and glutton? Certainly Ohioans; certainly Hova.) The mixtape has, to date, received almost zero press, while dudes like Kid Cudi and Chipp tha Ripper—pulling for Cleveland hard—have enjoyed degrees of shine. This is to say that while I’m writing this review late MadStalley is ineffably good, and on certain points (“Distant Land,” “Slim’s Return”) it is better than good, and at times a thought flits across my attention, too big to verify now but worth mentioning here. And that is that this could—like, say, the garage rock explosion enshrined by Rhino’s Nuggets set—be a Golden Age of the Mixtape. That enabled by an embrace of the Internet and encouraged by the successes of Wayne and others the hip-hop mixtape has become the most exciting medium of human artistry extant, worth trolling even at its very worst for those nuggets, those black-out verses flowing from sub-par rappers (who is Big Kill?) and these full-mixtape triumphs from no-name dudes—dudes creating tapestries out of their lives and out of hip-hop’s tropes, old beats, old styles, talking about Massillon, Ohio, or wherever else, and filtering to our ears a year or so late but worth praising all the same. Here’s to more very un-timely reviews.