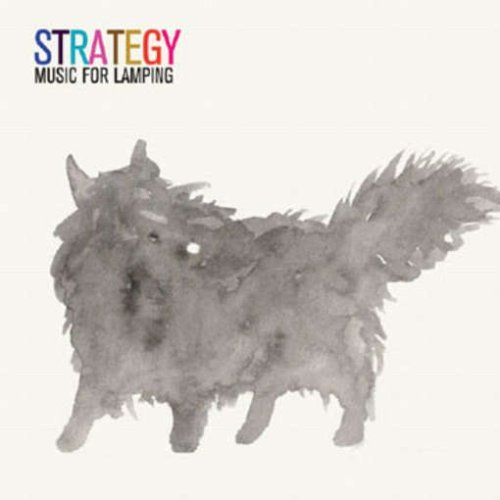 About this time a year ago I was kicking around cold old Edmonton, Alberta, watching the final days of summer slip away and trying to stay upbeat despite the return to spirit-crushing Autumn work routines. Portland, Oregon’s Paul Dickow had recently released his third album for the Kranky label. A prolific work horse who co-runs two labels (Community Library, Archigramophone) plays in at least four musical projects (Smoke and Mirrors, Nudge, Extinct, One Hot Minute) and remixes for the likes of Juan Maclean and Stars as Eyes, one would wonder how he had time to crank out a piece of work like 2007’s Future Rock. I was barely able to stay awake when I wasn’t at my full-time job.

As a nine-track opus of groove-saturated dance music, the record was a revelation of sorts. Dickow’s compositions succeeded in bridging some of the more subtle gaps between electronic experimentation and contemporary funk music left untended by chief field technician Jamie Lidell. A sweeping emotional statement narrated intermittently by Dickow’s seriously vocodered lyrics, Future Rock became a personal sound track to city dwelling, one that I found particularly effective in diminishing urban grey scale of my Northern Canadian home. It didn’t matter if I was transferring buses or doing groceries, Dickow’s expansive digital groove suites pushed me through the doldrums in a way that other music couldn’t.

After a brief hiatus Dickow has returned with a new album of Strategy material that has taken a sharp turn into some markedly different creative territory. The jiving exuberance and spastic hooks of soulful, reanimated funk have been left to the wayside in favor of near total ambient freedom. Clocking in at just under an hour, Music For Lamping is composed of a mere six synth-based songs that, as the title might suggest, have been designed for intense forays into the pure recreational departure of relaxation and everyday transcendence. And somehow I’m not talking about smoking bud.

While some compositons on Future Rock hinted at Dickow’s propensity for pastoral abandon, nothing came close to this sort of measured boundlessness. A 14 minute long cascade of lilting contemplation, “I Can’t Stand the Rain “ is exactly the sort of sound required for an rainy day of introverted wonder. Drops tap out a meandering rhythm, following one another down into a funnel of shifting melody, looking for a way to return to the source. In contrast to this hapless dream state “Cathedral Spark” sounds like an intent exploration of minutes stolen away. The creek of old floorboards expands and retracts in time with the stated breath of angel harmony and bright chimes.

Now, as slang terminology “lamping” implies plain old cold-chilling. However, it is apparent that for someone like Dickow “cold-chilling” equals meditating on deep shit. Mid-album crusher “All Day…” is a somber lullabye that could only be an ode to the listlessness of work and time slipping away from your control. Simillarly, the aptly titled “World Service” delivers some of the most heart-breaking blue notes to be found on this maudlin record. Hollow waves of echoing notes climb quickly upon one another, blindly competing for the fading limelight of the song. Even the playfully titled “Bike Click” resonates like a disembodiment of consciousness, with Dickow’s vocodered conversations wavering about in a sonic netherworld.

It is only in album closer “Lower Macleay” that we find Dickow somewhat at ease in his environment. A tribute to the forested wilderness that surrounds his hometown, it is the counterpart to “I Can’t Stand the Rain” that brings this affair full circle into a conceptual whole. Visceral samples of footsteps on twigs and branches and running river water characterize an “epic” walk into the wooded trails of Lower Macleay park. The signature Strategy synth melodies kick in, thrusting us into Dickow’s meditative Portland headspace, building an ecstatic hum that rises until silence finally takes over.

This is certainly a gorgeous record but it is also a document of intensely personal feeling that is hard to venture into on a whim. While it is apparent that showing this part of his ouevre was Dickow’s intent, Music for Lamping amounts to a daunting listening experience that is not unlike sitting through the streaks of concentrated expression found in early Lou Barlow Sebadoh work The Freed Weed (1990) or the monochromatic pathos of Oren Ambarchi’s brilliantly minimal Grapes from the Estate (2004). I currently live in Vancouver. It’s been nice to lamp out to Dickow’s new record a bit at night lately but pretty soon the winter will take residence and I won’t be seeing the sun for a while. At that time I’ll have to find new shit to lamp to. The only thing that this record will get going is depressed poets.