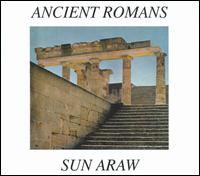 Early in his seminal literary exposition of German psychedelic and experimental music in the ’60s and ’70s, the John Peel-lauded Krautrocksampler, legendary UK psych guru Julian Cope gives a simple description of the feelings that pervaded West German youth culture in the late ’60s, predetermining the absolute need for the all-inclusive cultural freakout that would come to be known as krautrock. With both the community of established intellectual experimentalists under the sway of Karlheinz Stockhausen, and a fresh-off-the-commune army of irreverent youth finding themselves in the grips of a most intense need for escape from the ideologies of a terrifying immediate past—in need of, as Cope states, “a musical form that united the youth’s Rock n’ roll sounds with the Classical, and the traditional with the most extreme forms of novelty”—it was to become a psychic cleansing at all costs. A new freedom through music with no boundaries was the only thing that could have done the trick, because, shit, there was nothing to lose; our parents were Nazis.

To its credit, Sun Araw’s Ancient Romans manages to evoke not only the sounds and dynamics of the technically proficient, visceral side of kraut and psych, but the dedicated intellectualism of the experimental spirit that they embody as well, the side that too often gets left behind while under the spell of the trip. I found myself initially unsure of exactly what Sun Araw’s Cameron Stallones was so busy trying to evoke with his obviously painstaking Platonic ritual, when, after giving up the obsessive ghost and willfully drifting off in the thick of the rainbow-tinted smoke pouring out of my speakers, I suddenly came to the realization that it does a pretty saucy job of bringing the rebellious and intellectually stimulating feeling of free music to the ears of a new-world crowd. It doesn’t just lazily pick and choose simple technical touchstones from the revered ancients for the sake of easy reference or to excuse a lack of innovation—a feeling that I sometimes get with Stallones’ alma mater Magic Lantern or recent collaborators Eternal Tapestry—because despite its inherent intellectual leanings, it still manages to be a lot of fun and sound like a weird, rebellious kid trying to tell his fascist parents to fuck off or die trying.

It just also happens that Ancient Romans is particularly upbeat and inviting. Not too confrontational and not too ideologically conservative, we find Stallones seemingly seeking not only to tear down dogmatic expectations of form and function, but also to conscientiously construct a fitting new symbol of anything-goes openness that might justly take its place in the ideal freak order, allowing creativity to thrive unencumbered by the need for classification. He manages to enmesh an impressive fabric of sounds without ever being indebted to any well-defined methodology in particular, carving out a place where wafting mists of dark organ prophecy the emergence of strutting space-funk on “Fit for Caesar,” which exacts the recipe for kraut calzone by smashing copies of In Den Garten Pharaos (1971) and Tago Mago (1971) together at an effectively atom-smashing velocity. A place where driving 4/4 kicks throb alongside slithering free guitar lines and joyful horns, sounding like Prince’s tribal beach party from two miles away or a Popol Vuh rave remix, as on the raindance-worthy closer “Impluvium.”

It’s true that Stallones’ records have been incorporating all of the sounds present on Ancient Romans for years, but only now do some of them really seem to have been given the heft necessary to assert themselves over the expected Sun Araw palette of simple tribal percussion, illusory Spacemen-indebted delay-guitar, and jubilant vocalization. Stallones has always been willing to push the limits of psych rock in a very abstract direction, but only now does he really seem to be comfortable enough in his own aesthetic to start branching out into instrumental realms with wider technical possibilities—free to be at once as rhythmically engaging as the most warm and friendly Cluster records as he is with the questing spirituality of Sun Ra or Spacemen 3. The songs bubble and shimmer with light and shade, the freedom of Stallones’ twisting melodies guided by just enough of a mystically-conjured melodic instinct to lend the sense of immense slow-motion panoramas, rather than the often curmudgeonly static pointlessness that can accompany free experimentation that doesn’t really have anything new in mind. Ancient Romans doesn’t just want to destroy the box it feels trapped in; it’s dead set on opening it up onto a brighter world.

There’s a real, meticulous attempt at achieving the same playful, wandering state of mind of the pre-‘80s experimental classics that inspire these songs, rather than pulling from any overwhelming examples. Stallones has been paying his dues with a legion of great releases for a long time, but even compared to this year’s Houston Abstros 7”, he seems to have moved on from simply exacting his technical groove, of which he’s always been in command, to rather finally answering the questions of his own motivations. Like emotionally engaging if somewhat technologically single-minded “free-music” contemporary Stellar OM Source, Ancient Romans sounds like the focused work of someone intent on shedding any immediate association with the current landscape, cutting the strings of common nostalgic indulgence for the sake of the overwhelming dynamic of unhinged musical instinct.

Flying the flag of truly free music might be rightly assumed a less powerful symbolic act since the era of official standardization of musical forms can be considered to be mostly dead and gone. But it nonetheless seems powerful in today’s midst of so many sounds that seem to be intent on imitating the re-standardized fallout of truly fruitful experimentation, so many bands intent on imitating the more recent era when “New Age” started being thrown around like a four-letter word. I’m not living under a fascist regime (yet), but considering the pervading attitudes about what defines music at the moment, I still won’t have to look very far to feel the need for a good old-fashioned freakout in the service of a much-needed psychic renewal. In that sense, Ancient Romans is an entirely pleasing necessity.