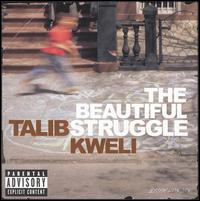 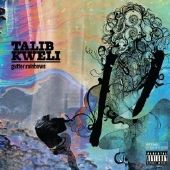 Talib Kweli functions as synecdoche in my daily life. Like, sometimes Talib Kweli means Talib Kweli the Rapper, but his moniker also functions as a stand-in for the archetypal joy-crushing MC who so desperately wants to show you what this rap shit is really all about. For a genre famous for its excoriation of authority figures, hip-hop has birthed its share of dudes with old man sensibilities who like to think they define the parameters of “hip-hopness.” Fuck the police, but, guys, seriously, we shouldn’t be rapping about drugs: it reflects poorly on the culture. This “culture,” by the way, is vaguely defined as whatever silly narrative KRS One can construct. Something about friendly competition, romanticized self-expression, and being CNN for the streets. It’s a perfectly acceptable ethos, I guess, and I can appreciate what Talib Kweli is trying to do—vision is vision—but the manner in which he aligns his brand of hip-hop with moral superiority churns my stomach. Take a look at religious zealots and cable news commentators: when you’re certain your worldview is fundamentally correct, you usually start acting like an asshole.

Clueless pseudo-historians like to lionize the Talib Kwelis of the world, citing their “social consciousness” and dubbing them “modern street poets.” Let’s unpack these ostensible compliments for a minute.

The idea that one can’t be socially conscious without being an outspoken proponent of virtue is vexingly facile. There is a spectrum between Hell on Earth (1996) nihilism and the preachy purism evoked in Kweli’s work. Pusha T has been characterized as a cackling coke rapper, but sifting through the bravado of his bars reveals some stark moments of introspection, self-loathing, and regret. His work demonstrates the crucial disparities between the ambivalent criminal and the remorseless villain. The latter is puzzlingly evil and exists at the margins of humanity; the former is a mess of a human being—a jambalaya of anger, pride, fear, desperation, and fleeting happiness. Is Bodie from The Wire a bad guy? And if Pusha’s content is so deplorable, why does it so frequently speak directly to my humanity? Who roots against every bad guy they encounter? The answers, respectively, are: it’s complicated, it just does, and a liar.

Art need not be instructive; its most poignant incarnations can illustrate in mesmerizing detail what happens when we deviate from the instructions. As for poetry: rap isn’t poetry. The concept of lyrical hip-hop as “street poetry” could not be a more condescending notion, a comparison built on rough congruity and a misguided desire to make rap seem legitimate to people who don’t understand it. And it perpetrates the false notion that hip-hop, when performed at its pinnacle, transcends the genre and becomes poetry, which implies that hip-hop is a largely trivial art form when compared to verse. Miss me with that bullshit.

I know what you’re saying: a lot of that had very little to do with Talib Kweli. Valid point. Much of this isn’t Talib Kweli’s fault, but there’s that synecdoche thing again. So, when Ed Lover pops in to call Kweli “a real rhymer,” my eye roll is exaggerated. Perhaps I’m outing myself: I’m predisposed to finding Gutter Rainbows, at the very least, kind of annoying. And I do. There’s a lot of rappity-rap cliches at work here: overwrought punchlines, vague disses, bitching about “the industry.” Kweli spends a good chunk of the album acting like a drunk, unemployed superhero, stumbling into supermarkets to aid old ladies whose purses are fully in their possession. When he states he is “Bringin’ the passion back,” it begs inquiry: to what? Because Kanye recently released a passion-drenched masterpiece, Weezy is passion personified, and Curren$y was passionate enough about his work to release two terrific mixtapes in the span of six months. The bank is not being robbed and the Joker is serving a life sentence, Mr. Kweli. We are not in need of your services at this time.

It’s a shame that beneath this glut of minutia lies an amiable Rawkus-era record for fans of, say, Masta Ace. Few would accuse him of lacking in talent; his syllables often spill out in pleasing bunches that compliment the summery boom bap he favors. Were Kweli not so preoccupied with trite verbal gymnastics and positivity proselytizing, he could capably helm this collection of early ’90s revivalism. It’s the core of his sentiment, not the delivery that’s so grating.

Kweli must feel damned, to an extent. He’s fallen out of favor with major labels over the past half-decade. He gets criticized for rapping about rapping, for rapping about nonsense, and, when his message is coherent, for making it downright obtrusive. Perhaps the most important thing is he does none of these things particularly well. Gutter Rainbows could be a lot worse, but one can’t imagine it being much better.